WHAT YOU DON’T KNOW CAN HURT YOU. 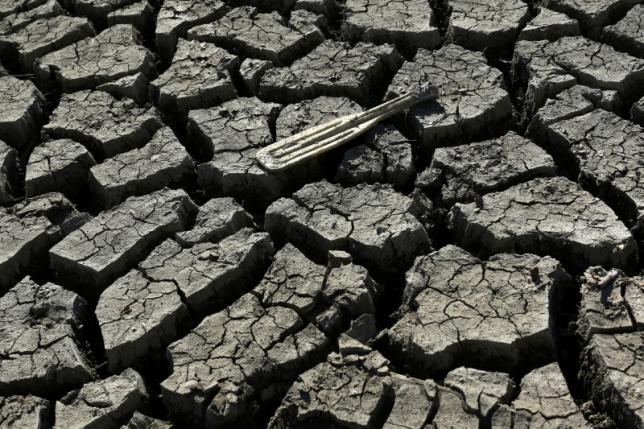 This photo is from Reuters Media.

Right now in Calaveras County, and throughout the state,  people are shocked and concerned about water usage;  their reservoirs are drying up. They are concerned for their future in a globally changed climate with an estimated 10 year drought.  In the worst drought on record, the California Sierra snow pack was at 27 inches. It is now at 2 inches. That is scary.

There is an urge locally to dam up all the water so we can to keep it. But damming doesn’t bring more water.  It is frightening and people are scared. But solutions have to protect people, fish, agriculture and the environment as the river serves many areas over miles of its flow. I wondered if there was a bill in our state to ban fracking?

Several states have banned fracking with good reason. Imagine waking up to find your tap water bursting into flames, or your horses going blind, and cows dropping dead. Admittedly, that is what happened in Arkansas, and is a worse case scenario where the entire town had to be evacuated.

The latest news from a peer-reviewed study by the Colorado School of Public Health and Brown University found an association between the density and proximity of  gas wells within a 10 mile radius of a maternal residence showed a prevalence of congenital heart defects as well as possible links to defects in the brain and spinal cord.

With a 25% mandatory water reduction, I began to wonder about fracking in California? I called Governor Jerry Brown and Gavin Newsom our Lt. Governor. No one would or could  give me a direct answer about anything having to do with fracking. Newsom put me in touch with the Water Control Board. Everyone was in meetings. But an aide  put me in touch with The Division of Oral Gas and Geo Thermal. Their public relations person, Don Drysdale could not or would not answer questions directly but he emailed me.

More on this subject tomorrow.

I love being on the road. And, I had to come home, but my first duty home was to stop by my local grocery and grab a six-pack of Black Butte Porter. I was only out for a short stay but a girl’s gotta have access to a decent dark, chewy, hoppy beer once in awhile.  (Jim calls it motor oil.) Even the stores where we shopped didn’t have a decent craft beer I could buy.

My trip home was smooth. My cameras was deep in my carry on and I didn’t take pictures from the plane, but the rice fields and canals and flooded fields from the air, gave the impression there is no water shortage in California. All the lakes and reservoirs had yellow soil lines showing how low the levels are. We had never heard of a 500 year drought record until this year. Now we know what it is like. Summer in winter. Not good. So little snow. Time to deepen my well.  Get ready to pay higher food prices as the drought continues.

A group of Churches and faith healers are up on a nearby  peak as I write to send up prayers for rain today. I’m not a believer in such things, but I don’t oppose the effort. Jim’s son is quite willing to send some snow our way, but, as we know that doesn’t work either. Time to move to Alaska, but they don’t have olive bars or BBP there. Whatsa girl to do?