Posted on December 23, 2010 by 2gadabout
In my local paper, I was dismayed to read an advice columnists letter from a woman who attended one church for the 30 years of their marriage and her husband attended another. Her husband died but her pastor refused to ask the congregation to pray for him because their churches were  fundamentally different.
Oh, woe is humanity in the hands of men.

Its Christmas Time. A time of peace and good will toward others. We are at war. Its a religious war with people killing themselves and other people in the name of God.  Banish religion and keep God.
I’m reminded of Ela Wheeler Wilcox’s simple words.

So many gods, so many creeds

WAR WILL ALWAYS BE WITH US

Posted on October 9, 2010 by 2gadabout
A couple blogs back, I started to sift through some favorite places I visited in our 16,000 mile trip. Cruising down memory lane I came to one place that stood out without any great pictures, and that was Fredericksburg, Texas where we visited the Pacific War Museum. Its coverage of World War Two was an experience in understanding, putting the war together in one place from battle to battle; much of it from the mouths of people who served. I don’t approve of war as a way to solve problems, but it makes sense to understand war. 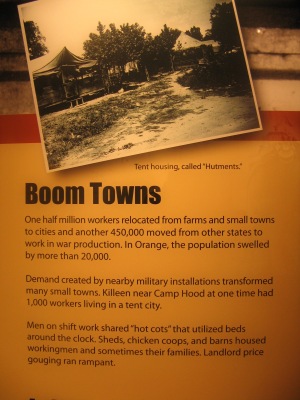 World societies cannot be content to let others live their lives as they choose. There is always a leader who is a power monger, or greedy. Or, like as not, a religious zealot who knows best how the rest of us should live our lives.
I received an article from my friend Randy Vining that presented the view of Dr. Emanuel Tamay, an eminent psychiatrist. The article-shortened- follows with his tangent points:

THE COAST GUARD MUSEUM AND ACADEMY

Its history, therefore isn’t only military. The Lighthouse Service was the first non-clerical positions allowed to women, who served as keepers and lifesavers with great heroism. 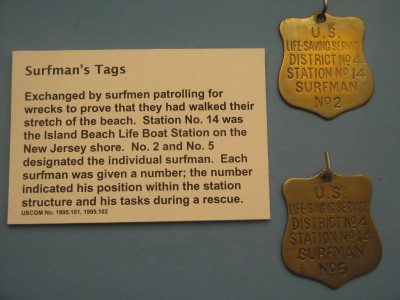 The Life Saving Service used these tags to keep their surfmen honest. The posts were spread along the coast within walking distance of each other. A man from each post met halfway and exchanged his tag with one from the neighboring posts on either side, thus proving he had walked his shift, which was often in untenable weather, cold and wet and often dangerous.

With much of the work about rescuing people and ships in danger, there are many heroic stories in this museum among the artifacts. Plus many good paintings since few pictures were taken of daring at sea rescues. 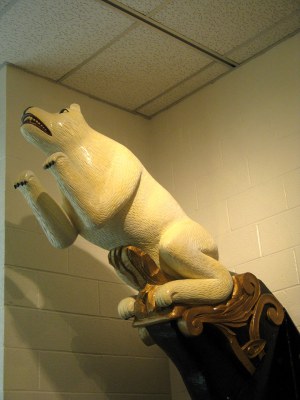 This figurehead from The Bear, one of the most  famous ships in Coast Guard lore. A three masted rigged barkentine rigged steamship patrolled the Bering Straits for the Revenue Cutter Service and the Coast Guard for over 30 years. From its deck, the officers were the law. They issued verdicts for crimes at sea and land. The crews brought medicine and food to natives and fortune hunters when in trouble. They transported stranded gold miners and unfortunates out of the frozen wastes. They regulated the sealing and whaling industry during marine disasters and defended Native Alaskans from modern encroachments along with the U.S. Army, demonstrating the diverse nature of the Guard. 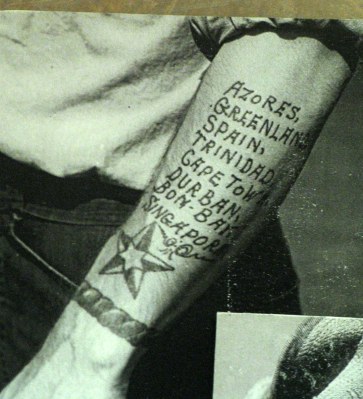 There are some great old photos here of adventure and camaraderie to enjoy. 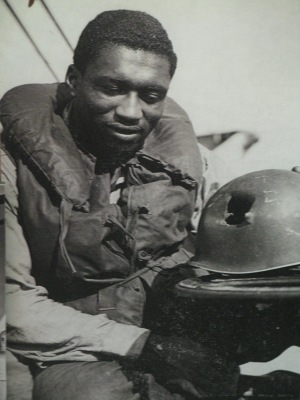 The museum contains this colorful history of the Coast Guard, but this site is also the home of the Coast Guard Academy with young men and women in uniform visible over the campus. Visitors are welcome to go into the exchange, and any building on the campus except one, where classes and field training and meetings are held. It sits next to the Thames river on 100 acres of rolling hills here in New London, and is often home to the Eagle, a barque captured from the Germans during WWII. The barque still sails as a training vessel for seaman from the Coast Guard and provides education and joy to people in ports all over the U.S. It was out during our visit.

I volunteer for the Alameda County Sheriff’s Archive, and when I arrived at Santa Rita on Thursday, I found the book The West Coast Goes To War by Don De Nevi. It was donated by Jay Friberg.

The Sheriff’s Office has been described as a “semi military organization.” Veterans are given five preferential points on exams to enter and promote through the ranks. Many veterans serve in the department, only now they are Viet Nam or Iraqi vets. Since we haven’t had a war on American soil since the Civil War, I was surprised at the title of this book until I opened the pages and realized it was an apt title. Not the killing, bombing and bullets we see visited upon civilian populations that all war brings in the occupation, but a war even so, in stark contrast to today’s conflict in Iraq and Afghanistan.

Civilians volunteered to man watch towers to spot airplanes all over the Bay Area. Signage like those above were made, paid for,  and erected by civilians.

My husband lamented the taking of the Japanese as he watched half his friends from his high school basketball team be deported to concentration camps. It was personal ugliness. The evacuations were handled by the Sheriff’s Department in Alameda County. I interviewed one Deputy, now deceased, who was part of that. The record is in our archive.

The Japanese family above were required to report to the Sheriff’s Department and every car carrying a Japanese person was stopped and searched when traveling over the Bay Area Bridges.

People bought bonds to support the war; canteens were organized for soldiers returning or leaving. Dances were held for them. Women went to city hall and wrapped bandages for the war effort. They had victory gardens and rationing of sugar, gas, and other needed war materials. There were blackouts and curfews and radio silence to be obeyed and enforced by Sheriff’s deputies. They covered the patrol cars headlamps with a black cloth that barely allowed them to see the road they were driving on. Production jobs, making bullets, ship building and so on were taken over by women. Many were married women who did it for the cause, and then returned to family duties after the war. (An interesting black note here, only white women were provided with child care while working the war industry. Women of color had to arrange their own child care.)
An escape route was built across the mountain tops of California in the event of bombings and there were various skirmishes in American territory, (subs, air breeches, one firing on a West Coast fort, and an altercation in Alaska)
For all of its support, let us never forget, war is about killing people.