Thousand Trails has so many forms of exercise to participate in, I think there may be a conspiracy to keep us fit. Water aerobics, water volley ball, zumba and yesterday, I tried Walking Off Pounds. The idea is to walk in place, do some leg kicks and change directions in a twist and arm movements and stretches as the tempo gradually increases. Definitely a cardio workout, no rests, no stops, just constant motion. You walk the equivalent of two miles at a fast clip, in place. I liked it. I found it easier on my joints than walking with the speed walkers outside. The instructor, Lelslie Sansone, I believe is her name has videos on-line. Worth doing.

Saturday night entertainment, from 7:00 to 9:00 is Cowboy Jack. We just saw him in the Indio Playhouse impersonating Hank Williams, which was a good show. But, Jack, by himself, even without his band, is excellent. 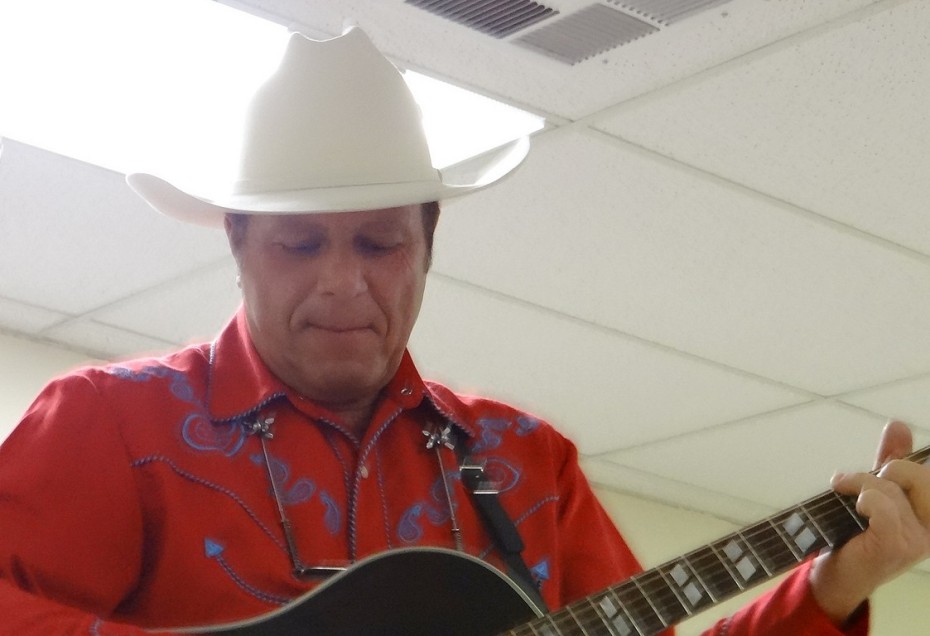 He does Johnny Cash, Waylen Jennings, George Jones, Merle Haggard, Hank Williams, Willie Nelson, Roger Miller, Patsy Cline, Elvis Presley, Credence Clearwater and others. He is entertaining. Each time I hear him, I learn a bit more about the man. He announced that on Valentines Day, he and his wife Peggy celebrated 34 years of marriage. He has made a living as a musician almost all of his life. He’s done the Opry, Vegas and all over the US plus, he has played in Australia, Ireland, and Austria. I expect that list is incomplete, he just mentioned those venues during his patter. 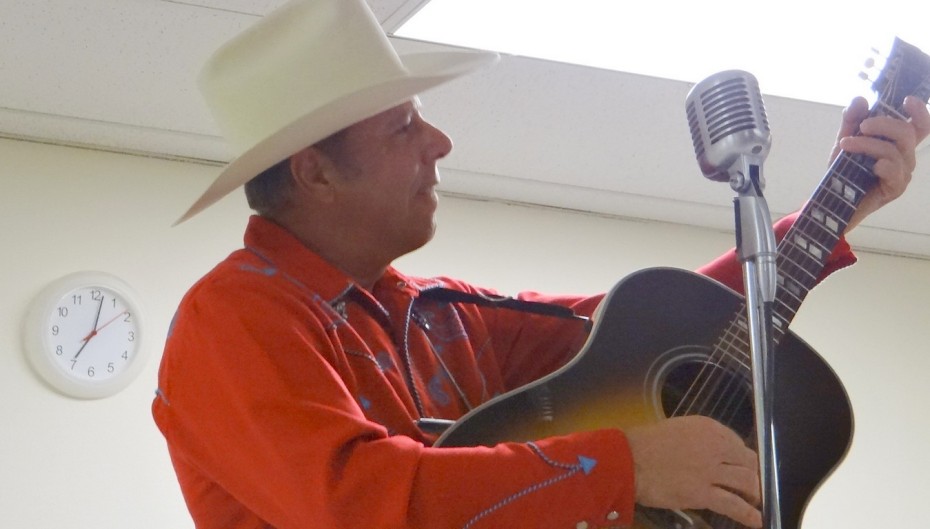 He was an army brat and lived all over the place, but he lives in Vista, California, near the beach, his roots by choice. He met his wife on that beach while he was playing Peggy Dee, a Bob Dylan number. He noticed this woman watching and listening to him and when the song was over, she said, “I’m a Peggy, too.”  They were married seven months later. He wrote a song about her and played it for us.  I have to thank Thousand Trails for having Cowboy Jack on their entertainment list. If you get a chance…go for it.

I started a new painting; palm trees the obvious choice, but with only one brush, a half-inch wide, details can be very limited. New brushes soon!