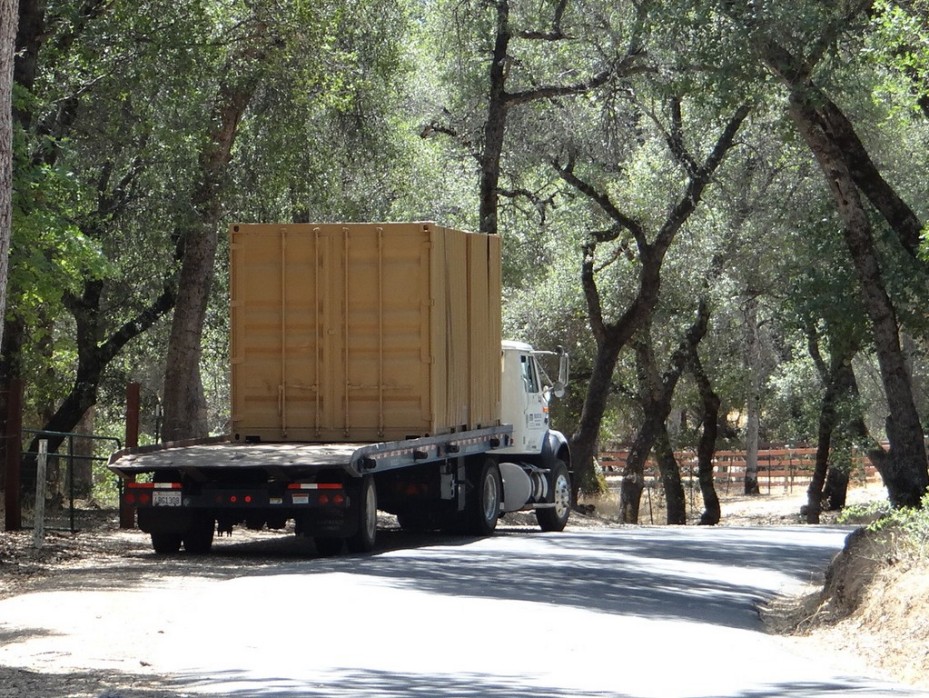 i ordered a 20 foot storage container from an on-line ad, and sealed the deal on the phone. I wanted it placed by my well to hold yard furniture and other extra stuff while also holding solar panels on its roof to pump my well during this and any future droughts. I explained that before I made my purchase, I had a tight circular driveway area that would only accommodate a truck 45 feet long.  Sales: “No problem.”

Me: I’ve cut trees, had railroad ties dug in, its steep, but my brother has made it up this driveway with his 45 foot rig, unloaded and gotten it back down.  Would you like to verify by looking at my driveway on Google Earth?

S: “No, we don’t need to look. Our drivers are experts, they can get into the tightest spots. They’ve never failed to deliver and we’ve never had a complaint.” The picture above shows the rig with his second container on it. 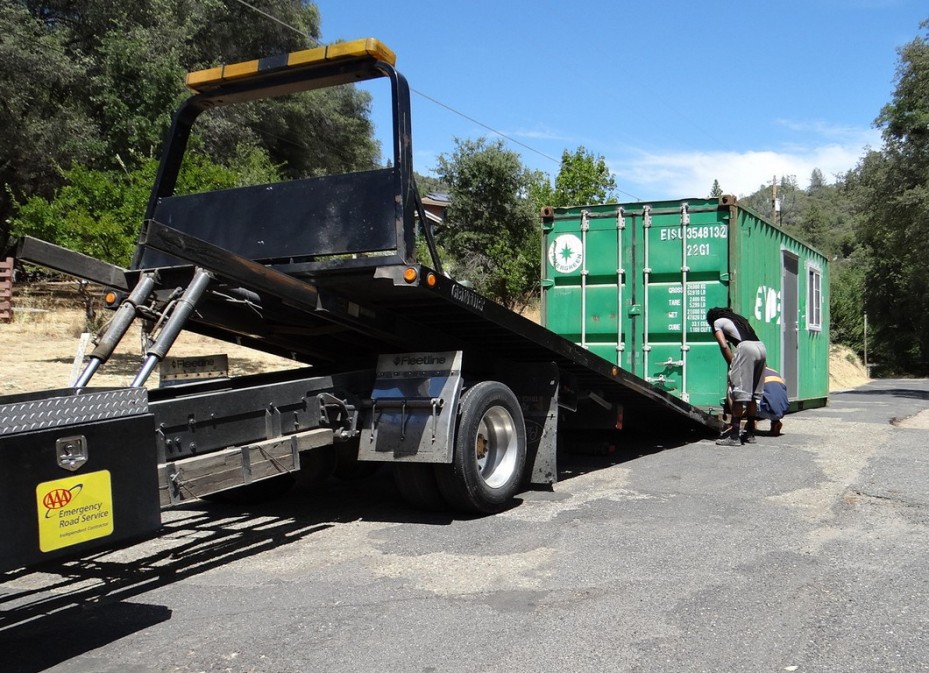 Mine was dropped off on the road because not only could the bigger truck not turn into my driveway, but the truck was aimed up the canyon and we had no idea how, on our one way road, that narrows as it goes up the canyon, he could even turn his rig around. With some careful maneuvering, spending some hairy time with one wheel in a ditch, with my son’s help, he got backed up my neighbors driveway which has a wide sweep and was able to crank it around and get in position to leave in the opposite direction.  The container got dropped on my road on a wide pull-out another neighbor built next to his place.

Did I tell you that two nights before the delivery, I was given a number in case I had any questions.  I repeatedly called but the BOSS never answered and his mail box was too full for messages.  I emailed sales staff, explained again, don’t send a double rig, NO, YOU CAN”T BRING A BIG RIG UP THIS ROAD. NO! NO! NO!

I was tempted to send it back, which would have impacted the driver negatively. Instead,  I paid a  tow service to pick it up and deliver it to my site. The driver finally got the BOSS on the phone. He was nasty. Son Doug negotiated with him to pay half the tow bill.  The driver had come all the way from Los Angeles area. 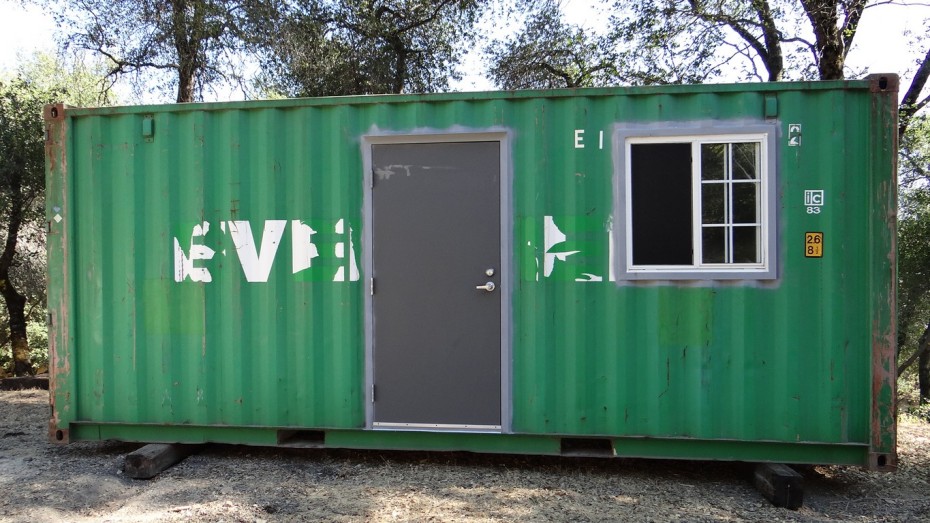 My little storage container is seated perfectly where I wanted it. But, it took four hours of hassle to get the job done, with many phone calls, waiting on the tow service, whose staff at Sam Berry Towing,  nicely moved their rigs around to get to us within thirty minutes. It was worth the extra $55. The salesman promise but the boss doesn’t deliver as promised.  The name of the company is Storeitmobile.