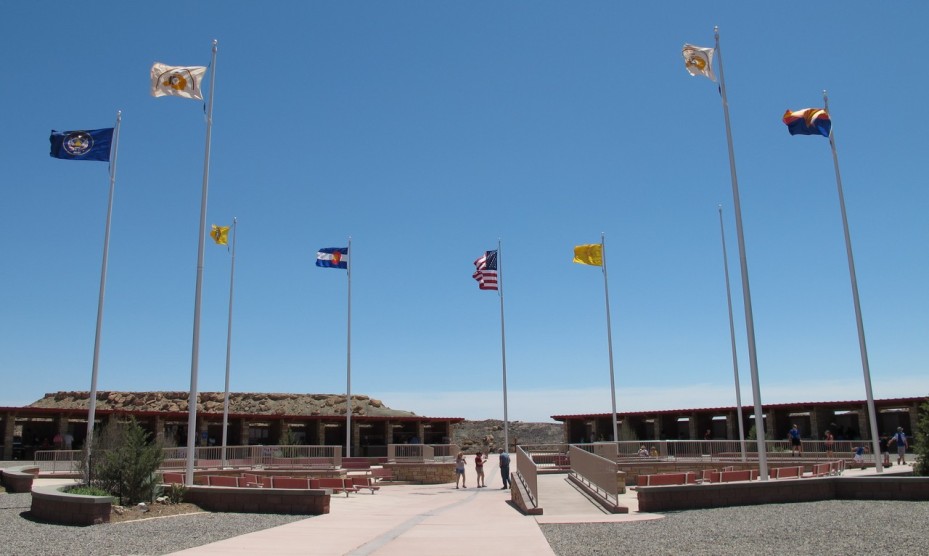 There is only one place in the United States where four states meet and touch at the same place.  A monument established there allows visitors  to be in four states at the same time.  Quite an attraction for being out in the middle of  “nowhere”.  I hope I don’t get condemned for saying that.  This is Navajo Reservation and Ute Reservation land boundaries as well, with occupation by Hopi and Zuni populations.  The Navajo Nation runs the monument with flags from all states flying in the wind.

We watched amused as this family took turns touching all four states.

The daughter got creative and did a back bend.  My advice, best to do back bends while you still can.

After our long drive from Canyon de Chelly,  Jim was still feeling a bit of pain, but managed to get down on his knees to touch the four states.

Each state has a bronze plaque in the cement and a marble block engraved with  a brief history of the founding of each state.

Surveyor Chandler Robbins established the first line in 1875. The Marble Monuments were installed by the National Society Of Professional Surveyors.

The history is an interesting one about how the boundaries were established,  but the light was such the photos of the marble blocks  didn’t turn out.  The  Marble Monuments were installed in 2010.  The first survey line was established within measurable distance from a  recognizable land mark, a huge jutting rock that looks like a ship rising out of the desert, aptly named Shiprock.

The first surveyor, marked the point in 1875, and this monument has been upgraded five times since then, with a dispute here and there along the way.

It is an important thing to know the boundaries of each state yet we don’t give it much thought. We enjoyed the stop, and visiting the  Navajo Kiosks surrounding the site selling native crafts, mostly pottery and jewelry. Something called horsehair pottery,  peace pipes and items we’ve seen nowhere else are available here.

I bought an Indian fry bread and went back to the motor home and made a delicious taco from it.

I offered to help drive, but Jim, with the help of a  little pillow to shield his bruised muscle and ribs from the seat belt, he managed the 140 miles by himself.

This is back country, and the road plows through some desolate landscape with a sudden picturesque rock face jutting up from the desert floor. 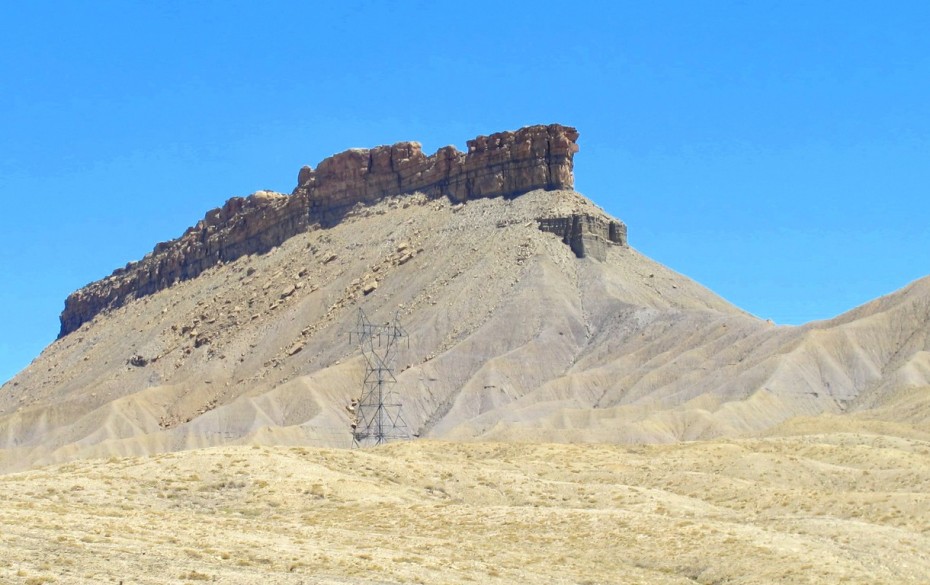 I thought  this may be Shiprock.

Or this may be Shiprock. Kind of resembles a ship plowing through the waves.

We are parked at an American Legion in the small town of Cortez, Colorado. 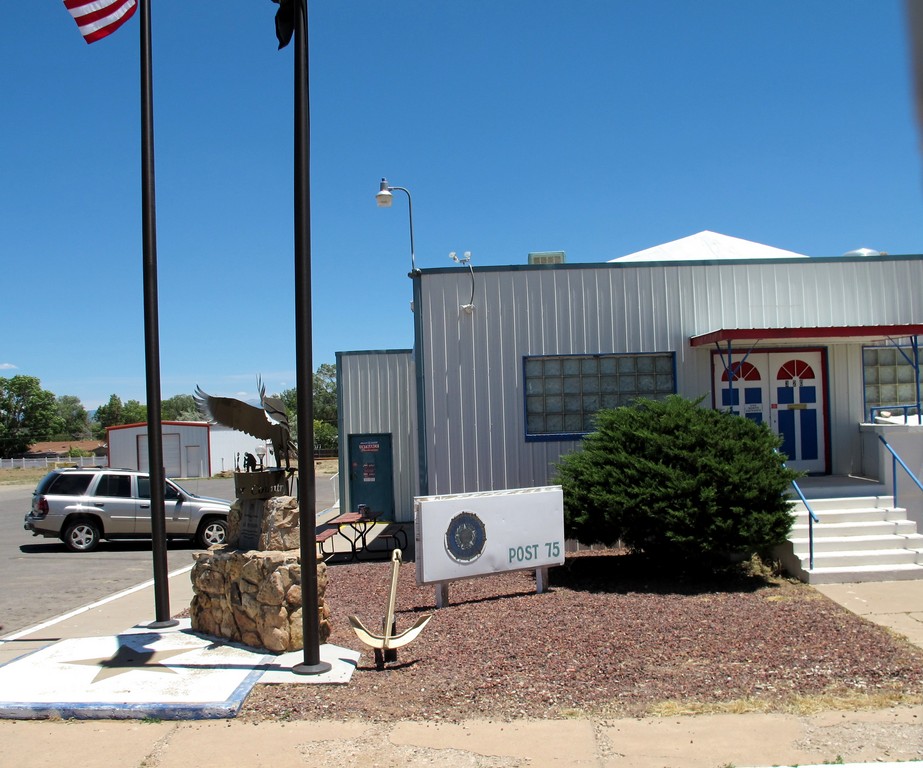 For more information about the Four Corners Monument, you can click the link below: