Posts Tagged With: something special 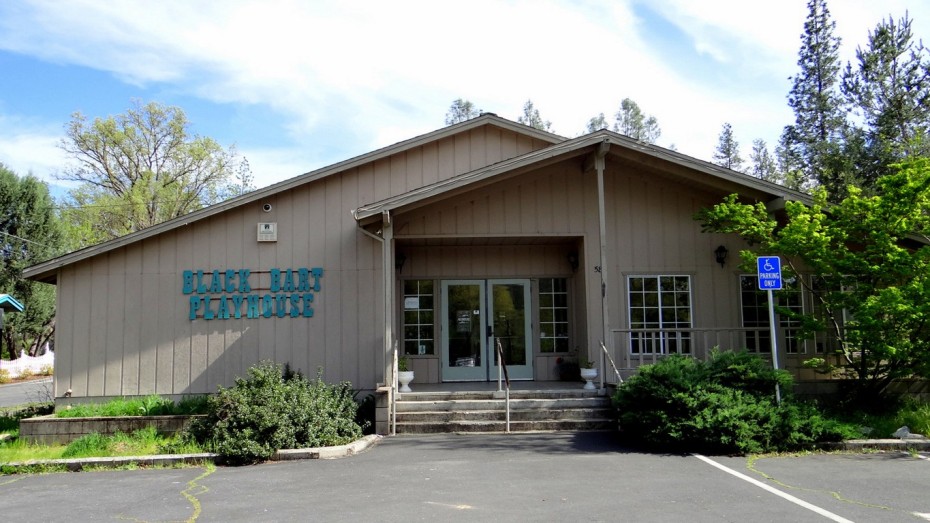 For a small community, Murphys offers great Little Theatre. The Black Bart Playhouse used to be the home of the Black Bart Players. My husband and I were theatre buffs and at one time belonged to the Fremont Players.  George and I both had acting roles and behind the scenes roles in Fremont and I did a play for the Newark Players, and George did a season with Oakland Reperatory Theatre.  Those were great times and great memories and great friendships made. It was a natural to become supporters of the Black Bart Players when we moved here. We have attended hundreds of theatrical productions, both professional theatre in San Francisco, Santa Clara and even New York City. One of the the best plays I’ve ever seen was God’s Favorite, right here in Murphys by the Black Bart Players when they performed at the old Native Son’s Hall. I no longer remember his name, but the male lead was a local teacher. His performance was stellar and made the play memorable.

The Accomplice is the product of Murphys Creek Theatre Company and was directed by Maryann Curmi. This twisting, turning plot is full of surprises and comedy and kept me and son, Ken, and daughter-in-law Laurie enthralled to the end. No slapstick, real comedy.

A comfortable lobby with snacks, beer and wine for sale, makes a night of theatre even more enjoyable. Having been so occupied with my new building in Oregon, I’ve not been to a play in many months.

Don Bilotti, Maryann Curmi, Paul Del Gatto and Celeste Fiory all have professional theatre credits, so talent is oozing out of this cast and it shows. Not to short the rest of the cast, Joe Conn, Graham Green, and Michelle Low have had gobs of theatre experience from Joe, an East Coast transplant and both Michelle and Graham local work of renown. What I was most impressed with is the number and variety of projects the Murphys Creek Theatre Company employs. Just read the schedule for 2015. There is something for everyone. And, whatever you do, don’t miss ACCOMPLICE. More than a play, its an experience.

The ACCOMPLICE runs Fridays and Saturdays at 7 p.m. and Sundays at 2 p.m. through April 26th. What a blast. Don’t miss this one.

For tickets you can call 209.728.8422. You can also go to their website-www.murphyscreektheatre.org.