The Alameda County Prison at Santa Rita houses the Sheriffs Office Archive and Museum and is run by volunteers. It has been a pet project of mine for many years, but with my new traveling lifestyle, I make very few meetings. New at the jail since my last visit was this array of solar water heaters. I quickly counted 22 of them. WOW, was I impressed. What a savings for the taxpayers.

Another array sits on the hillside behind the jail complex.

This one only looks like it is sitting in the weeds. Instead it was the position of my camera. Interesting to me, one of the volunteers told me, one of these arrays is connected to a robotic track that turns them to follow the sun to get the most benefit from the sun. Solar is getting cheaper and cheaper as more people wake up to the savings. The jail has huge generators on-line as back up for any type of power failure. 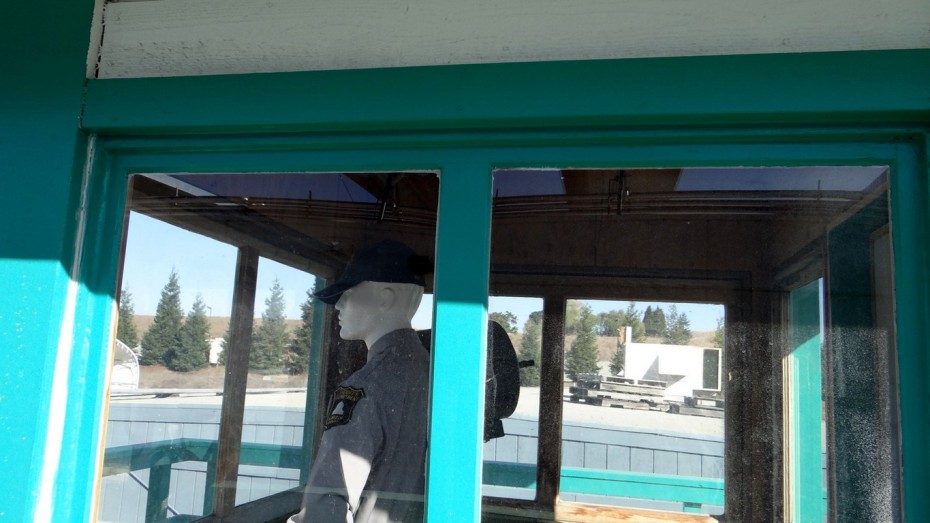 Newly rebuilt, the “old” style guard tower is now manned by a mannikin. The guys are looking for someone talented enough to paint a realistic face and hair on this “officer.” 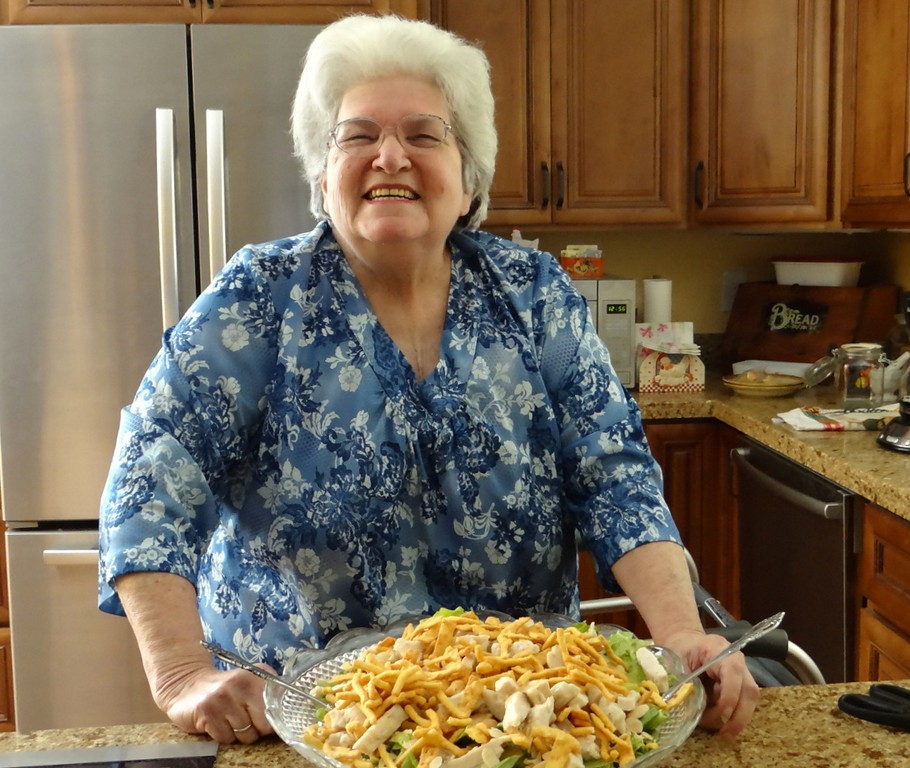 My cousin Toni Moore lives in Pleasanton not far from the jail and she invited me for lunch. She fixed a marvelous chicken salad for lunch. 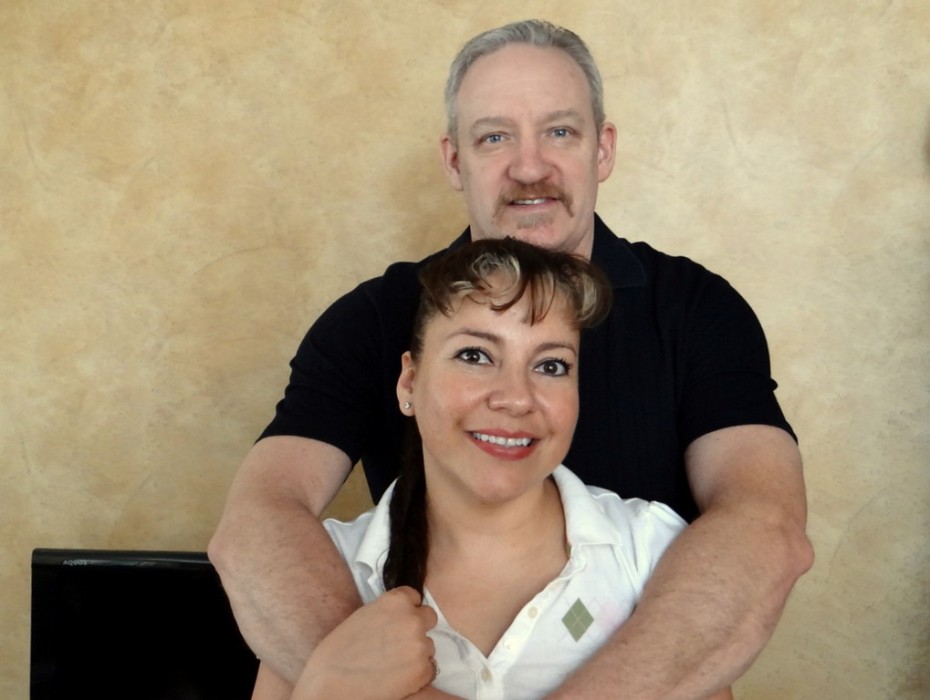 Her oldest son had a nearby dental appointment and joined us. Kurt introduced me to his girlfriend, Yolanda, as cousin Mary and I kept thinking, no he is cousin to my kids.  They are all about the same age since Toni and I went to High School together.  But, he is right. We are second cousins and it has been way too long since we’ve visited. Cousin and auntie or uncle are used pretty casually to include anyone you are closely or distantly related too. It works for me.

When I arrived at the jail yesterday, the first change I noticed was a new solar array spread along the hillside above the jail.  New Sheriff Ahern is young and modern, and as a solar advocate, I was delighted to see this.

A second array, also new, inside the jail fencing. 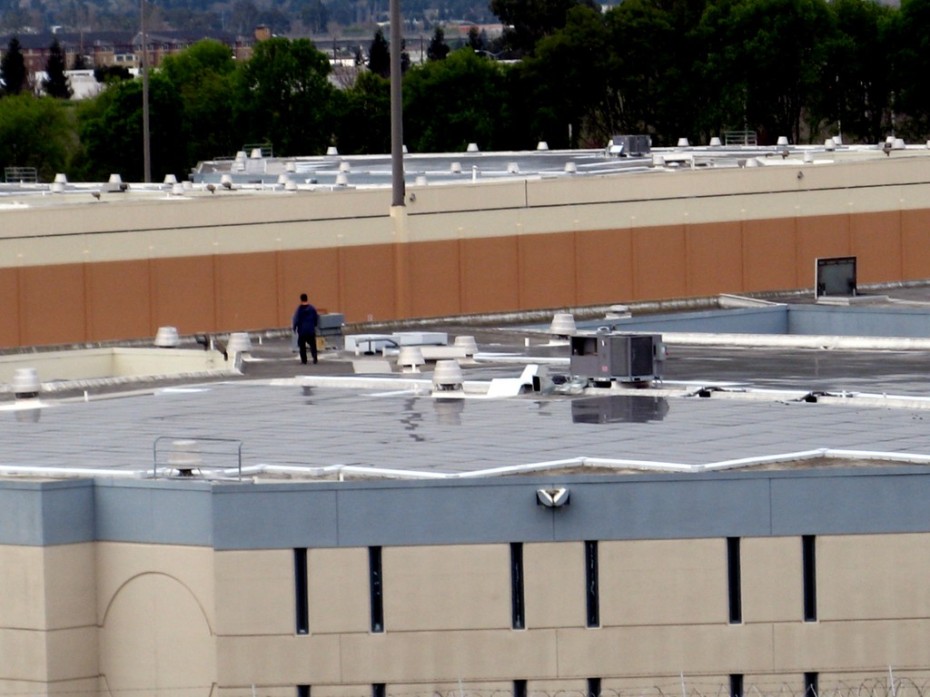 When I arrived at 9:30, a maintenance person was walking the roof which is also covered by solar panels. It was the biggest installation of solar in the United States when it was built in 1985.  I expect the people of Alameda County are proud and grateful for the savings in taxes they realize from solar technology.

Volunteer Bud Harlan showed Ron Heinsma, a retired deputy sheriff visitor for the day,  a piece of equipment retired to the archive. Never used, in fact. The electrified shield was designed and purchased to go into a cell and  remove a recalcitrant prisoner who decided he didn’t want to go to court that day and was ready to put up a fight.  Years ago, an officer went into a cell with a mattress to get someone out. This device delivers a stunning shock. It flashes blue lights and sizzles and scares the fight out of a recalcitrant, and thus, it has never been used against a man.  Officers use pepper spray in the jail and deputies have to endure pepper spray themselves, during training, before they can use it against an inmate. 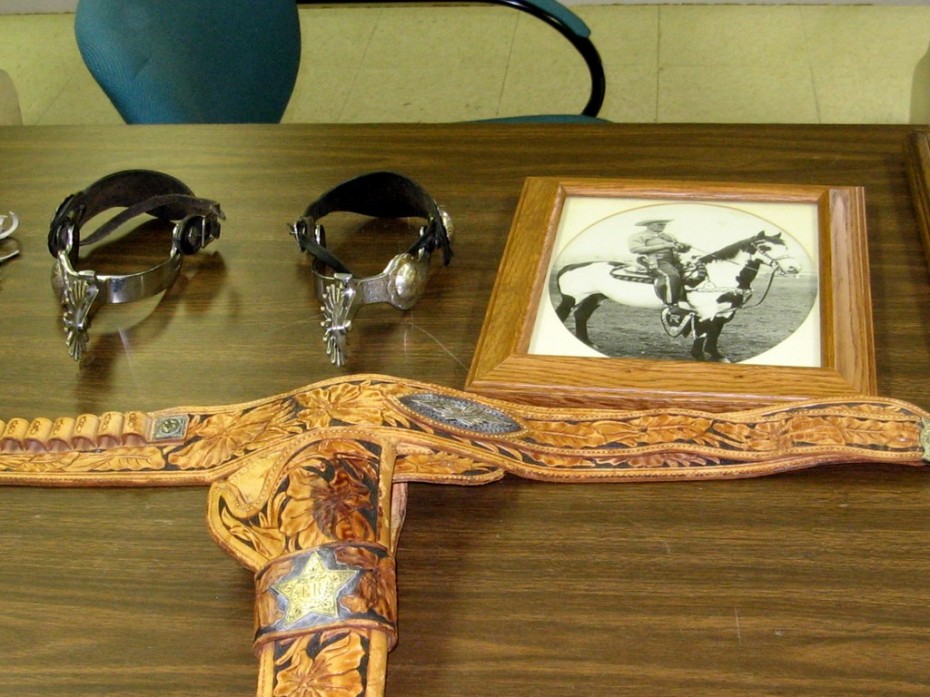 Also new since my last visit was a beautifully tooled holster, gloves and spurs belonging to an old-time posse member. Alameda County’s Posse was made up of ranchers and others who owned horses, to aid the sheriff in finding  lost people, or escapees or evidence, or getting to difficult areas in the foothills. They were deputized by the sheriff and assisted as volunteers without pay. They no longer use the posse for police work.  The Posse is still considered an auxiliary unit to the department. Members  wear badges,  have a presence at the county fair and parade,  and at one time did fund-raising for community events associated with the sheriff’s office.   Our last Sheriff to be a posse member in uniform was Sheriff Frank Madigan.

New President, Bill Rhodes, has made many positive changes to the archive and for those who have visited, it is worth a another visit to see them. The non-profit group, the Alameda County Archive Association, is raising funds to rebuild the old guard shack we rescued and donations are needed and can be sent to: ACSO, 4043 Crest Ct., Pleasanton, CA 94588.  Any amount, no matter how small, is appreciated.

The guard shack in the old days was considered an outdoor assignment. It had no electricity in the early years of Santa Rita, and the officer had nothing but the stars and limited space in which to move while he struggled to stay warm and awake to make sure no one escaped the “prison farm”.  Prison farms in the 1940’s and 50’s, were the  newest innovation in jails. Santa Rita had a hog ranch, raised cattle, and produced their own food in a truck garden. At one time Santa Rita was considered the best rehabilitation center in the nation and was viewed by other states and countries as the way to handle criminals.