My  friend Jan, and I, took a ride out toward Jackson to see a rugged wall of wild flowers along the river. We tripped on seven miles more into Jackson to be tourists for a couple of hours.

We stopped to read the above plaque embedded in the sidewalk which refers to the wild west type of politicking, rough and deadly. Jackson is in Amador County, but at one time Jackson was part of Calaveras County. Mokelumne Hill is still part of Calaveras Co. The two towns are across the Calaveras River from each other.

The plaque reminded me of other heart-shaped plaques that lined the Main Street of Jackson commemorating a more shady history of the gold rush, the buildings that were once bordellos. The idea being the plaques would  bring more tourists to town. Some people thought it was too risqué and a little war raged over the plaques until  they were removed and peace reigned. I was surprised when Jan had never heard of them. Nor had the owner of the olive oil place. 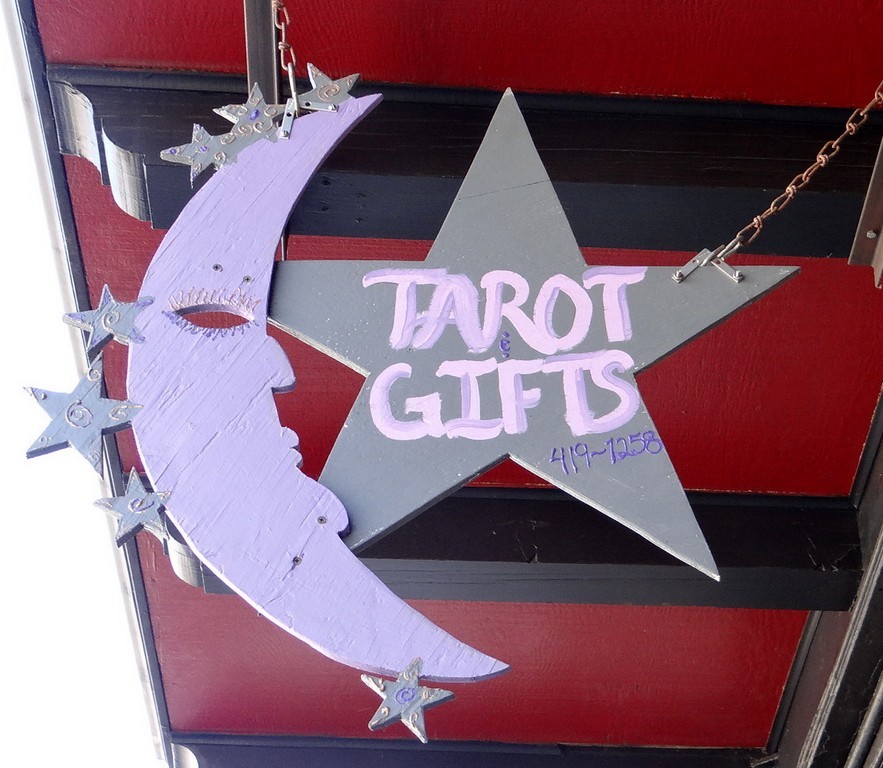 She met the owner of this business, and visited her ranch a long time ago. We asked several business owners on the street and the answer was “No way!”  “Never heard of it.”

We walked along looking for where there might have been a plaque and found several scraggly heart-shaped sidewalk patches, but none quite as obvious as this one next to the Jackson Hotel. The owner, Sam, was a supporter of the plaques and it is possible the plaque is still hiding under the patch. ONE hotel employee knew of the plaques and told us to go to Fargo, the bar across the street. They saved a plaque that now hangs on their wall. 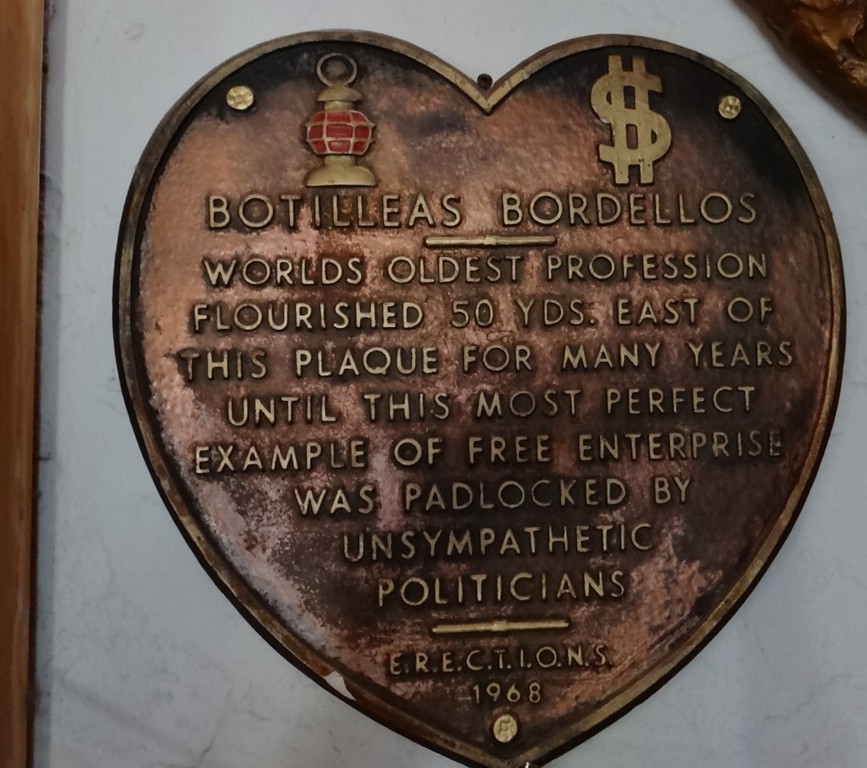 It might have been the ERECTIONS word that offended some of the towns people, instead of saying erected in 1968. But, this one is the only one left in town. Another is in a restaurant and bar in the town of Volcano, nine miles from Jackson. 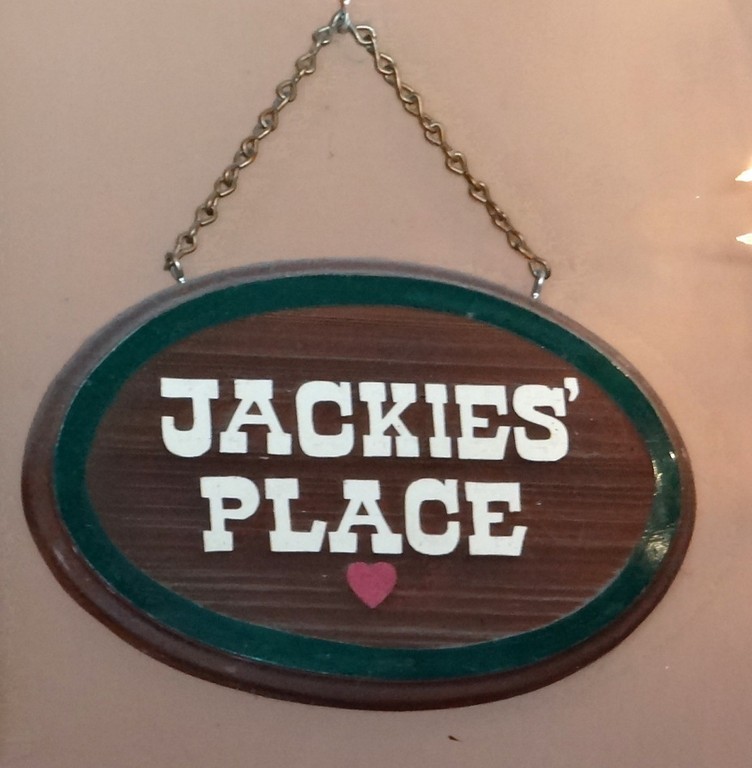 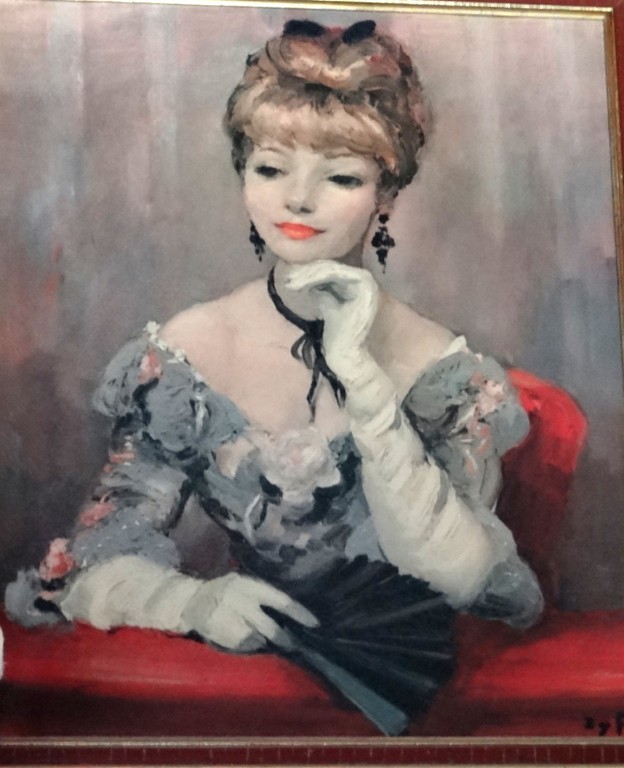 This is a portrait of Miss Kitty. I have no idea if the history they flaunt is accurate or not, or if there was a Miss Kitty. But, the bartender at Fargo knew all about the plaque’s history.

I thought this is a good time to publish pictures of my coin collection. They are for sale at the Bathroom Machineries Store in Murphys. I thought they were fun.

I don’t know if any of these coins came from Jackson Bordellos, but they were definitely used during the gold rush. One I have is from nearby Placerville, or Hangtown as it was called then.

When you hang out with Jan, you are bound to get in trouble. She said, “Let’s sign our names to this one.”  Yeah, sure. I’m not bailing you out of jail when you get arrested for defacing property.

She didn’t sign her own name, but I can honestly say the rains will soon take care of the graffiti. And, there probably was a “girl” name Mary in one of those places. It is an old name. 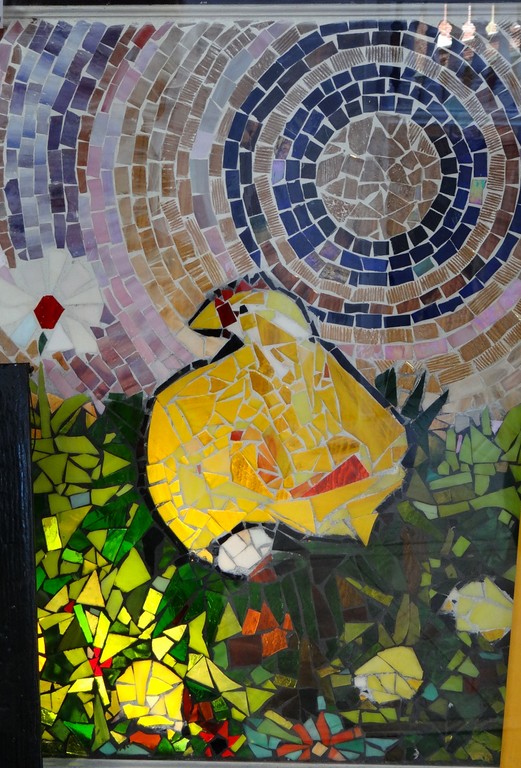 We shared a beer at Fargo. Tasted some delicious, flavored olive oils. Looked at pretty stained glass. Tourists to the core. Jan reminded me about visiting a gold rush town in Alaska that had a shop called “The House Of Negotiable Affections.” (Where men and fish spawn for sperm.) Hey, its life.