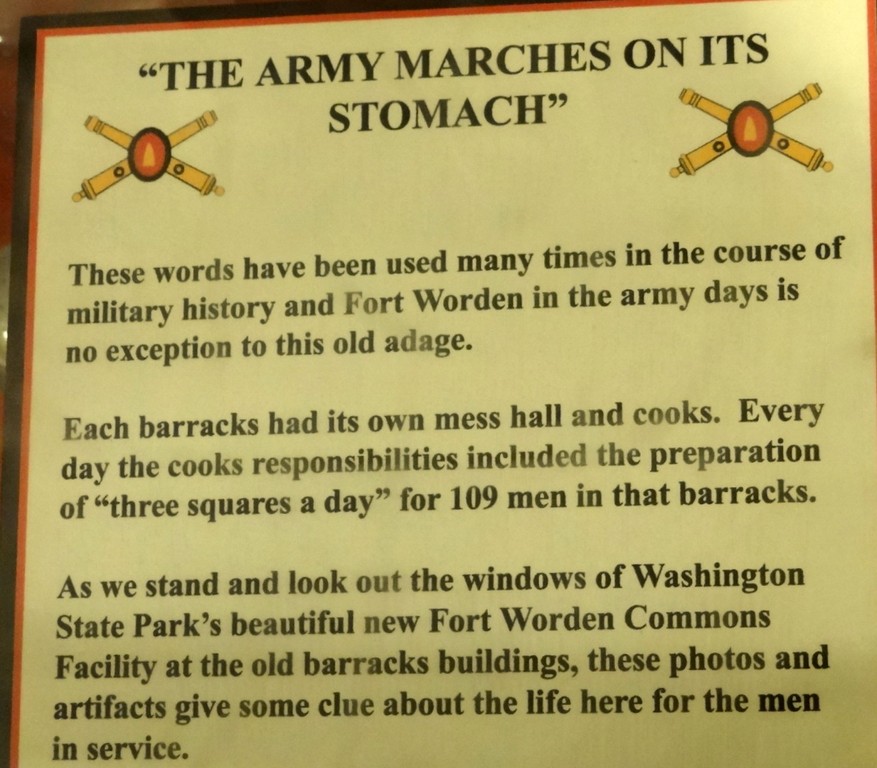 Fort Worden at one time had 400 buildings, 90 remain. A huge military installation to guard against enemy attacks that did not come. Not one shot was fired from the huge gun batteries for anything but practice. It astounds me, sometimes, at how much money is spent on so many men, so many pounds of artillery, that even today, goes unused. 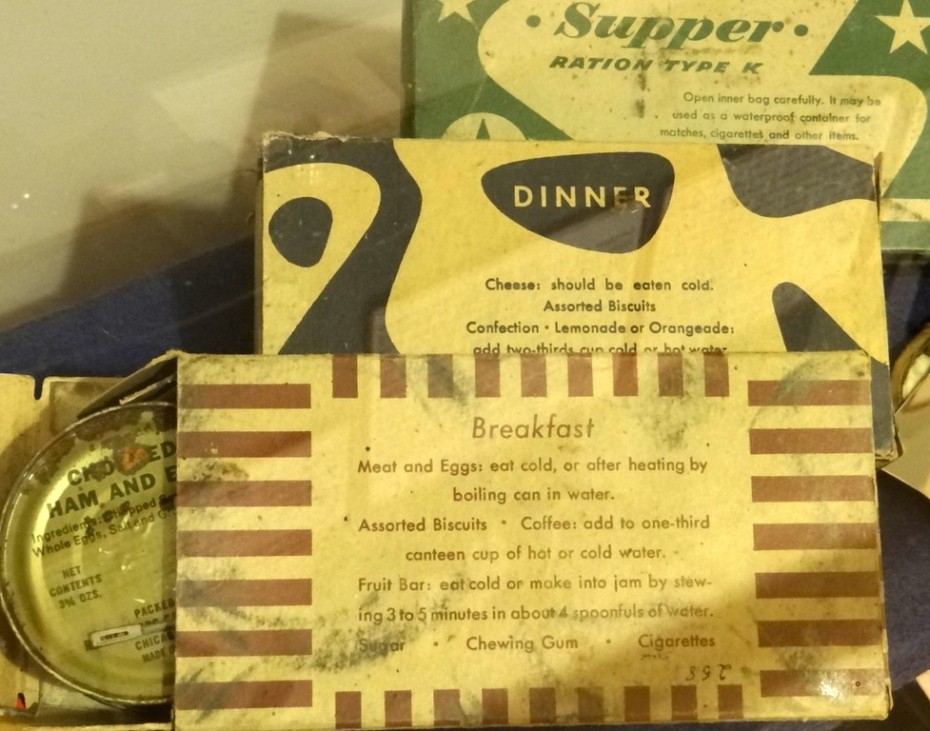 The Army may have marched on its stomach, but the rations were pretty unappetizing. 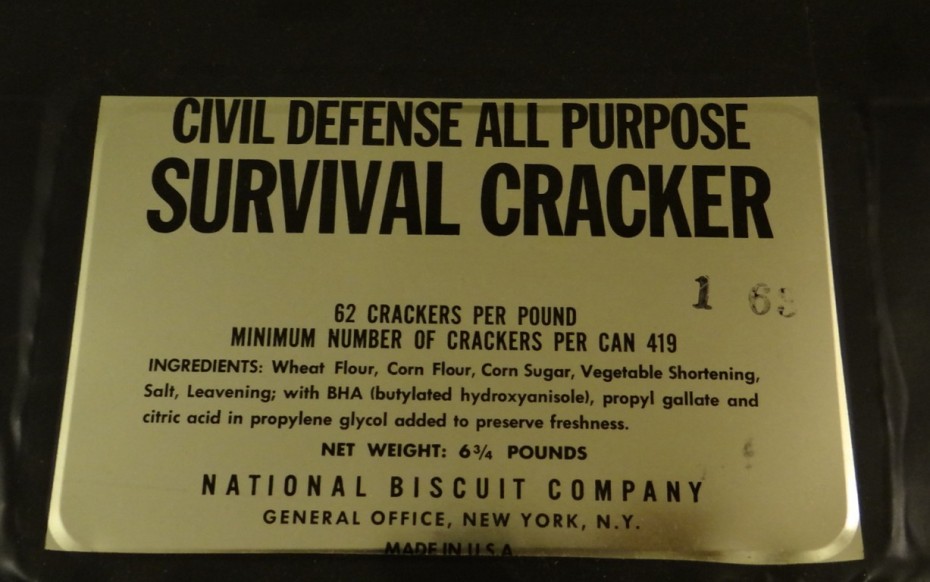 I guess this is a survival food, maybe higher calorie than normal soda crackers. 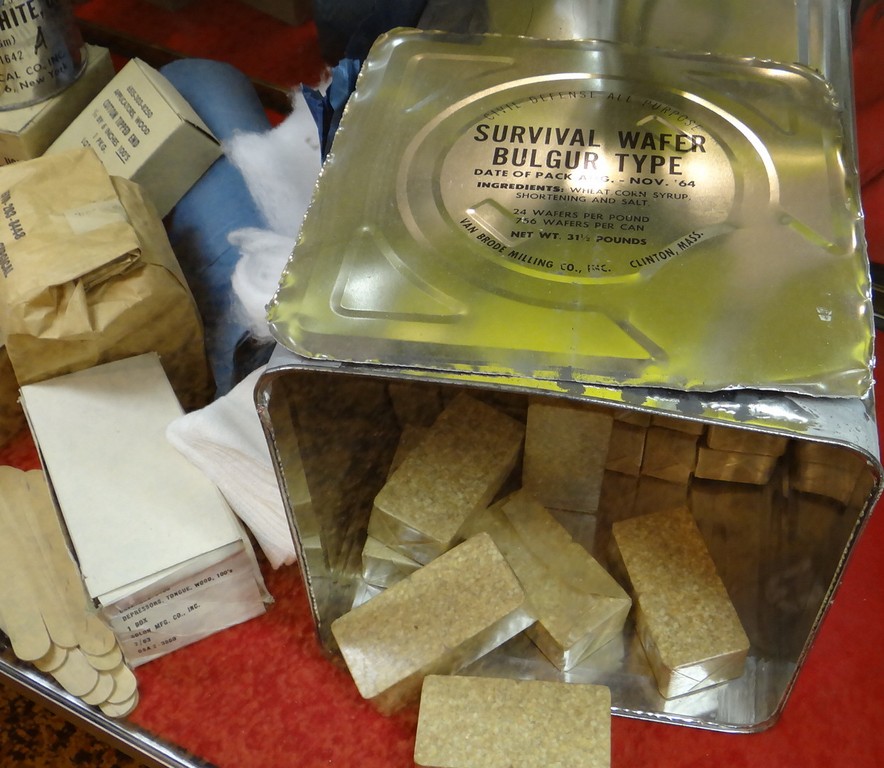 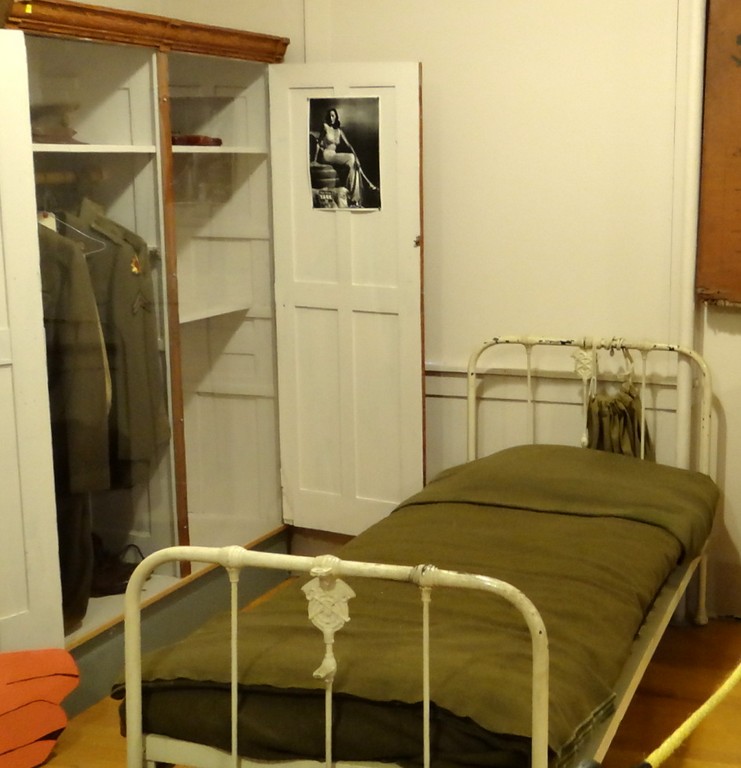 This was a typical size barracks area for one soldier. The barracks food was not the rations I took pictures of in the museum. I’m sure they ate pretty well. And, considering serving aboard a sub, these quarters were luxurious. Notice the pin-up picture. 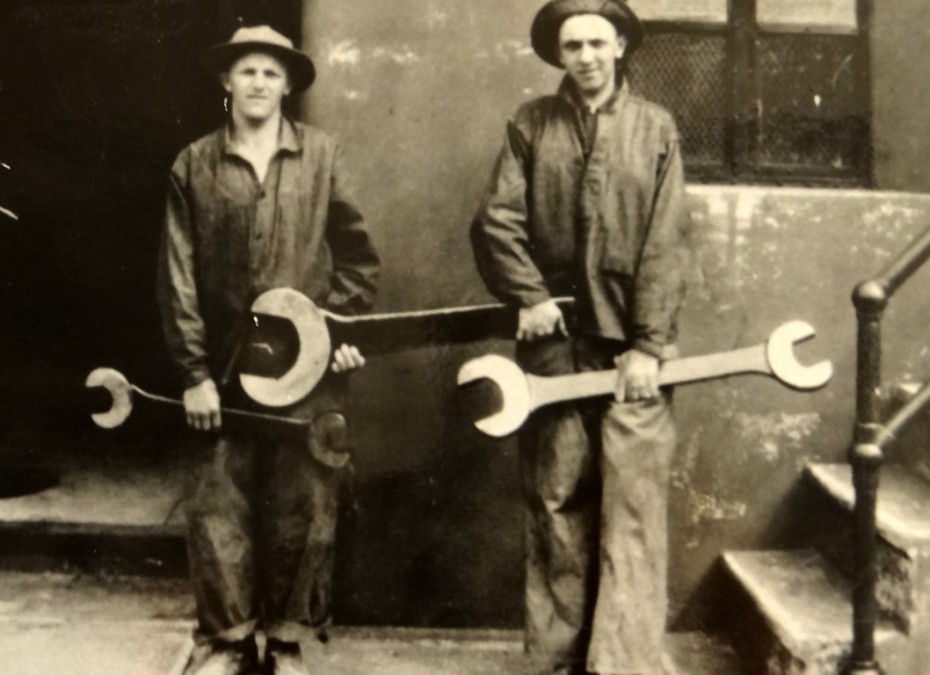 I’d love to know what happened to giant wrenches like these. I could build a gate with them. 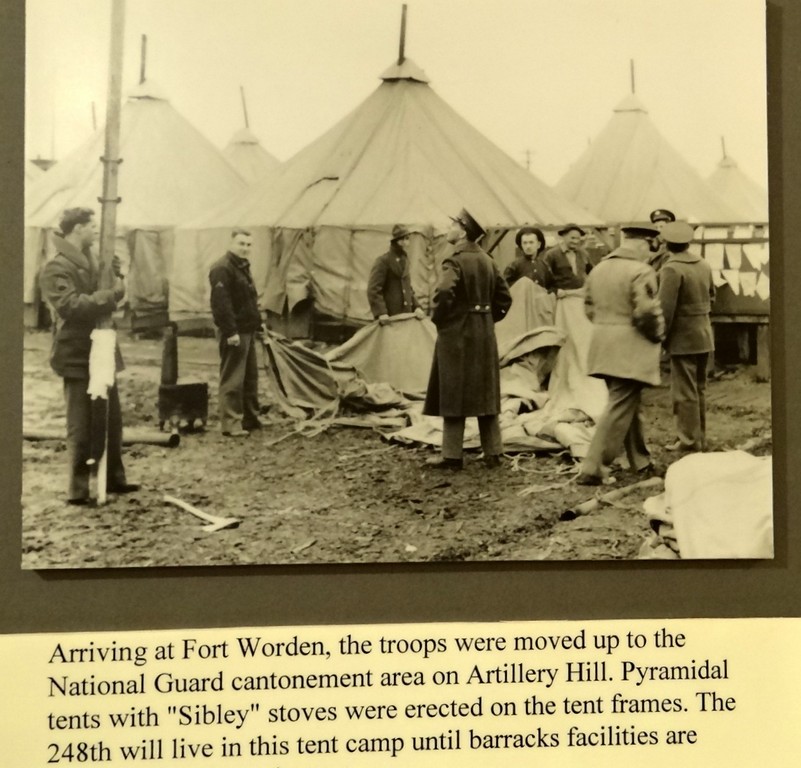 When they built Fort Worden, the troops at some point had to be billeted outside in these tents.  Brrrr! 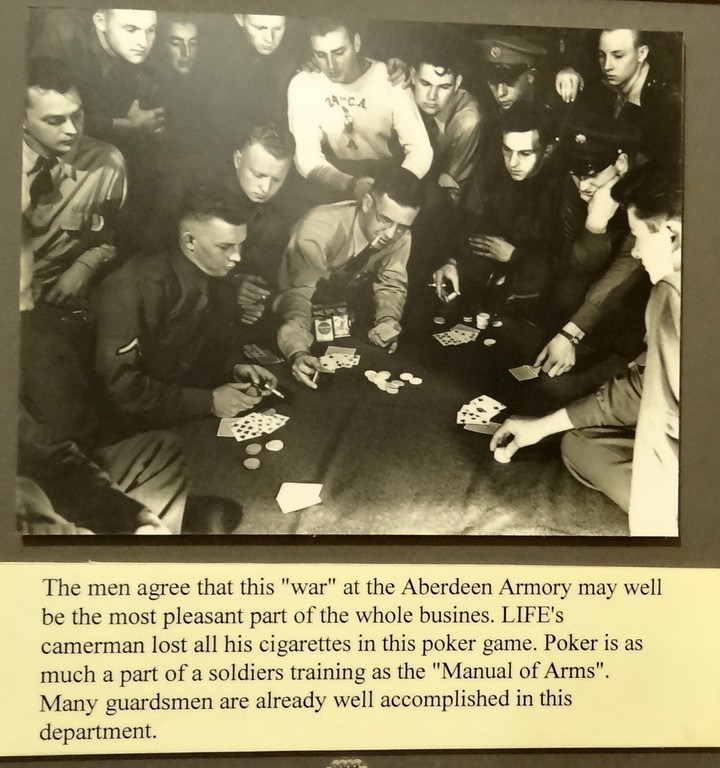 Entertainments were pretty thin, but at least they had something on this bleak, windy, mostly uninhabited point on the Straits of Juan De Fuca.

Not only the commissary, and as one guy put it, the best thing about the station was 10 cent burgers and cheap, tax-free gas gasoline.  The music reflects the time, but I never heard either of these two songs. There was a piano on base, and possibly dances. A few nurses, but who did they dance with? 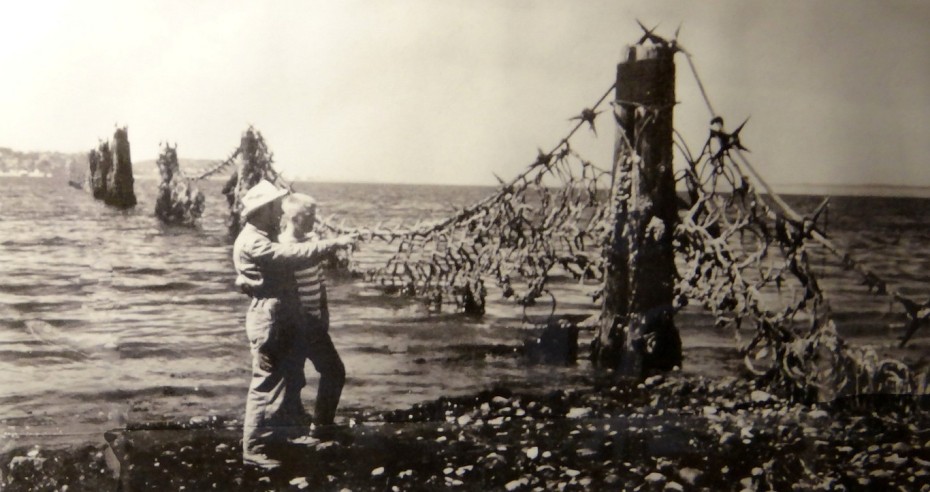 Of all the war stuff and pictures in the Museum, this one is astounding. Any ship, friendly or otherwise could not make it through the straits with this great barbed chain. 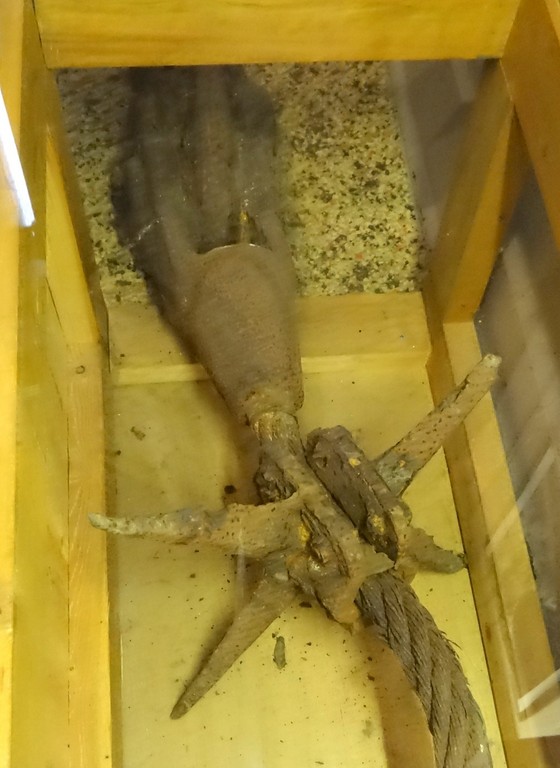 At West Point, we saw a narrow channel with a cable preventing ships from coming up the river, but not with barbs like these. 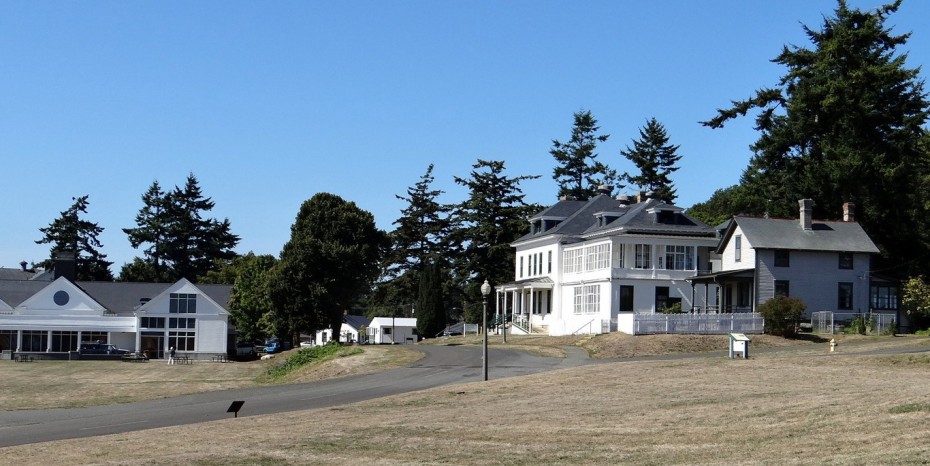 Fort Worden was decommissioned in 1973 and turned over to the state and is now on the National Historic Register. The buildings and history here, are well maintained. The fort was used for a hospital, a juvenile detention center and a college before it was decommissioned and kind of fell apart. But years of neglect, the buildings fell into disrepair. 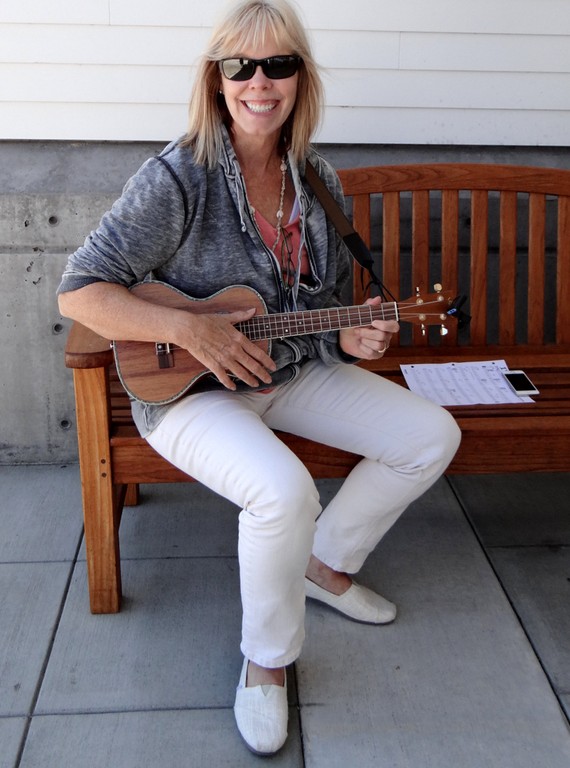 Now there are two different colleges here, a conference center, it rents out the grounds for movies or other special events. Above is a ukulele student because they are staying in barracks for a six weeks conference/workshop in ukulele. 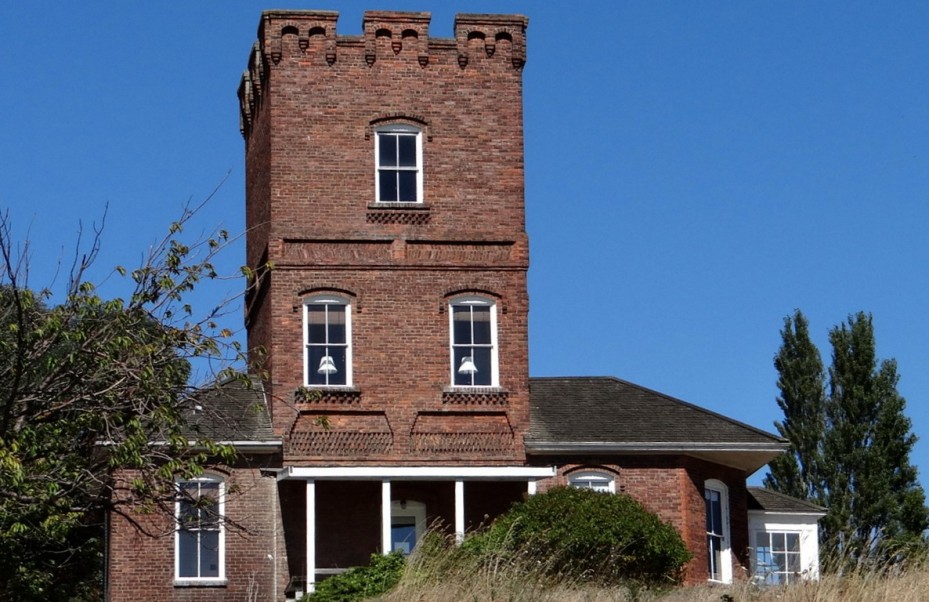 And, then there is Alexander’s Castle. The only building on the site when the government chose it for a base. It now serves as a bed and breakfast. The story is that a Scottish immigrant built this house for his bride. When he returned to Scotland, she’d married someone else. I thought it looked a bit like a church. Kind of unusual. Sure enough, Alexander was a clergyman.  They don’t tell you what happened to Alexander with his broken heart. But with that many men on base, there most likely were a number of broken hearts over the years.