WHAT TO BE THANKFUL FOR

Posted on November 26, 2010 by 2gadabout
At 5:56 this morning, I received a call from my youngest son. He wanted to tell me some good news.
“Its Black Friday,” he said as a lead in.
“Yes.”
“Well, to cheer you and give you some good news, I thought I’d let you know that I drove down Pacific Ave. (this is in Stockton) and all the big store parking lots were full. There were people standing out in the cold waiting for the stores to open. Lines of people waiting to go in to do some shopping. That is the first time I’ve seen those lots full in a long time and I wanted to share the happy news.”
It is happy news. I would probably have been just as thankful for this evidence of an improved economy if he had called a bit later. But, we are a family of early risers, so I thought I’d pass it on to you.

Jim settled in to watch the Macy’s Thanksgiving Day Parade and alert us to a special event.

The parade, famous throughout the U.S., was also the venue for my Grandson, Mason, who played his clarinet along with the rest of the band members from Green Valley High School. I know you can see him there, on the right, in the back. We all decided his five seconds of fame is the predictor of a greater future.

Truth to tell, we were excited to know he was there, and thankful he had this great thrill in his young life, to play in the parade and also to perform at Carnegie Hall, even if we couldn’t actually see him.

Ten year old Owen helped peel potatoes. He got quite good at it. He likes to count things and arrange things in a numerical way. He wouldn’t quit peeling until the pan had 25 potatoes in it, plus, it was important to him to peel the last potato.

Doug and my brother Clark, fired up the pit to smoke the turkey. Later, when it was brought in to carve, the kids declared it looked like black leather.

Cedric baked walnut and pumpkin pies. Here he is making a bean and cheese dip. 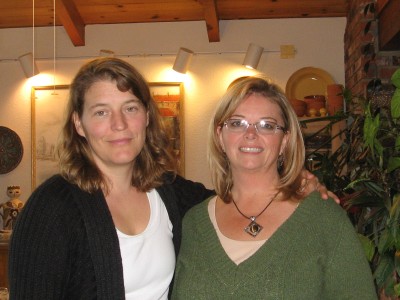 Virginia and Theresa set up a nice table of hor d’oeuvres in the living room. Virginia prepared her special dishes and Theresa brought her famous cranberries, and Clarks shrimp avocado appetizer.  The main event was a table overladen with all the special foods. 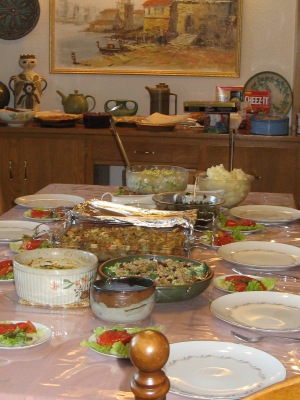 Most of the big day was spent relaxing. Playing games. Enjoying being together with nothing to do but play.

Cedric and Owen drooled over some neat Lego structures. 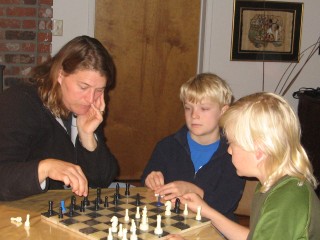 THE SPICE OF LIFE

I really get into cooking Thanksgiving dinner because its always exciting to try new dishes and use everything in the spice cupboard. Well, in my case, that isn’t actually possible because I have soooo many spice choices. In fact, the spice cupboard is full. 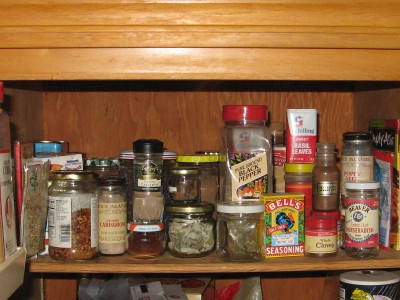 It has spilled over and taken up a shelf in the pantry. Some items are dried fresh from the garden and put in little bottles and jars.

And then, there are seasonings I have to have handy to the stove that I use the most.

I tend to plan for weeks ahead, choosing and discarding recipes, favoring this one over that one. I like to make paella with saffron rice. No stores in my area carry saffron anymore because it is too expensive. I should have thought to go online. Gosh, what bounty we have in our country. I’ll remember next year.

New this year is a kale recipe my daughter and her mother-in-law tweaked from a deli dish they tasted. And, as always, her pear with almond paste desert that has become a family tradition over the last five years. Its nice that family traditions change a bit with time, giving the feast an element of surprise.

Normally, the whole family arrives with their own special treats, and usually some extra friends or brothers, or cousins.  Daughter-in-law Laurie, daughter Virginia and son Douglas are all good cooks and love to make special dishes for Thanksgiving. Doug picks summer berries and freezes them especially for holiday pies. He plans to smoke the turkey this year and I plan to make two different stuffing recipes on the side with a zinfandel and apple gravy. We always have something with pumpkin and corn to remember the Pilgrims.

Laurie always surprises us with some exciting new recipe. She is an artist and designs special place markers for everyone attending. This year, they will not attend since grandson Mason will be playing in the Macy’s Parade and at Carnegie Hall. He is part of an awesome band from Green Valley High School. He plays clarinet and will have some camera time because a group of the boys will do a little spotlight take-out on the street.

Today is my major cooking day to prepare everything that can be made ahead. Ain’t life grand? The spice of life probably isn’t spices, but at Thanksgiving time, they play a great part of making life exciting.