Posts Tagged With: life is good

Instead of a full house at Thanksgiving, we managed a small gathering with seven people- our  hosts, Virginia and Cedric. Their son, Owen, is visiting Greece with his Grandma Olga, who speaks Greek and Russian. They canceled the Russian part of their trip due to the unrest in that country. I brought avocados and gumbo. Theo is the family expert on guacamole, so he immediately set to work.  I find it hard to believe that he got taller than me since the last time I saw him.

Virginia put him to work, cutting the ends of the fresh green beans.

Doug claims mashed potatoes and gravy is the best part of the feast. He brought two ten pound bags of potatoes and Cedric cheerfully peeled all twenty pounds of potatoes. The first batch is ready to cook. 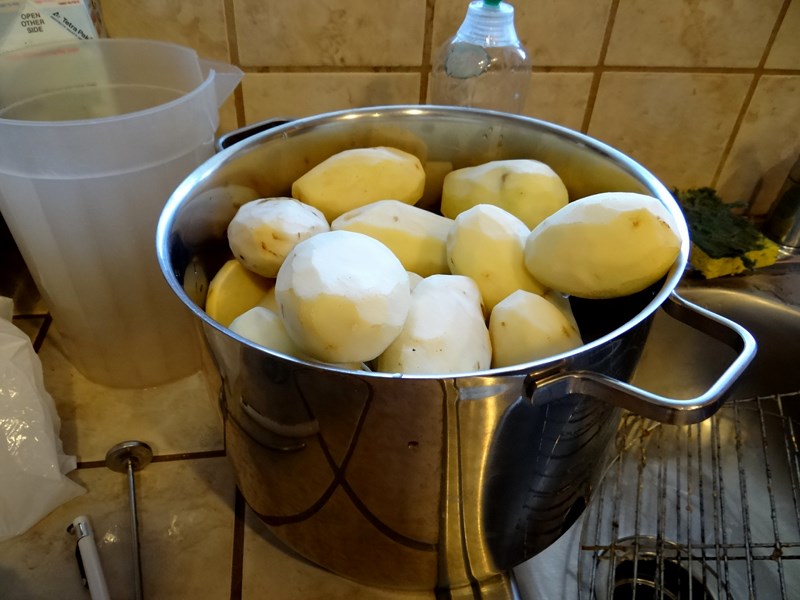 The second batch waits in a large kettle for space on the stove top. Doug also brought gobs of cookies-his specialty-and a to-die-for lasagna. I filled a container to bring some home and dang, it got left behind. 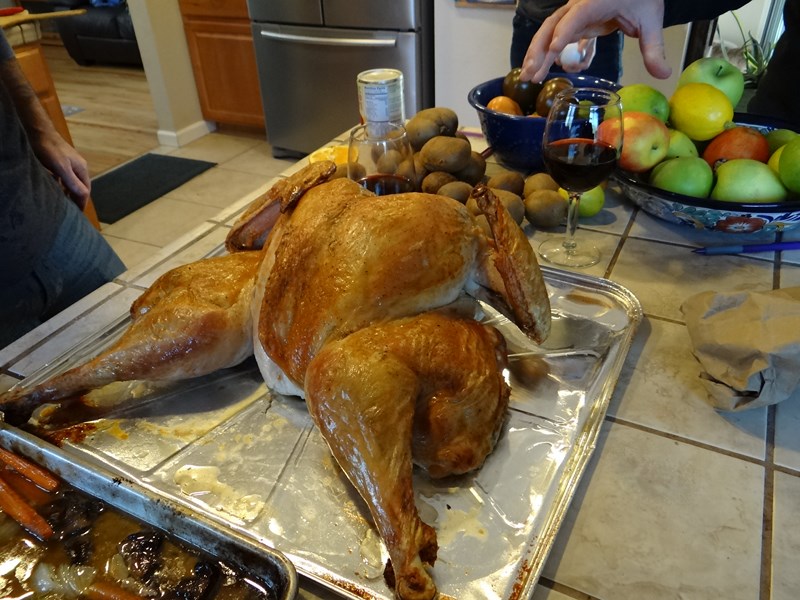 Traditional turkey, smaller, and cooked split down the middle and flattened. A new method. The turkey cooks quicker and more evenly with breast not drying out by the time the legs are cooked. That also meant giving up the traditional stuffing. No one seemed to miss it. 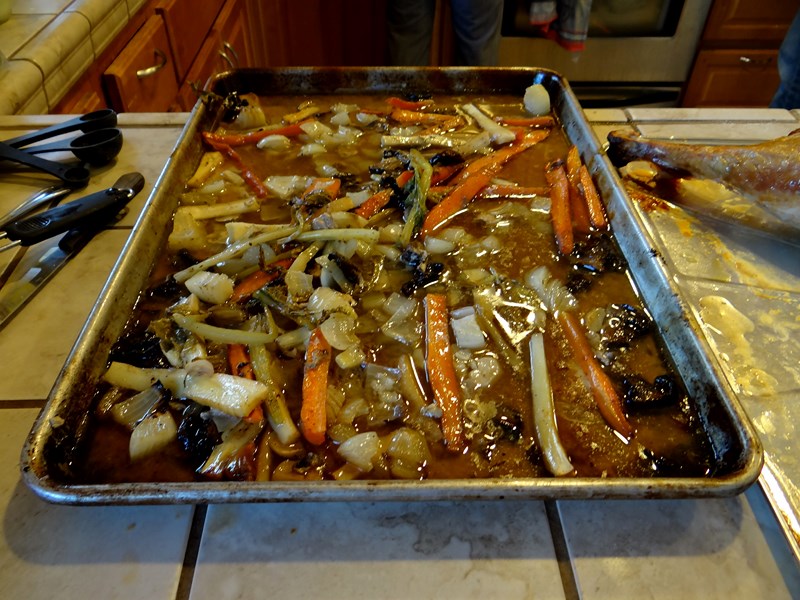 Cedric made gravy by roasting vegetables, onion, carrot, parsnips, mushrooms, and celery. The veggies were yummy and so was the gravy, mixed with the liquid from boiled giblets and de-glazed drippings from the turkey pan. I don’t think Cedric left the kitchen at all until it was time to eat.

The guests were having a good time while all this work was going on. I taught Theo how to play cribbage and he beat me in a tight finish. Doug and I played Cribbage, cutthroat style.  There was a game of liars dice going around. My brother Norman watched and snacked. 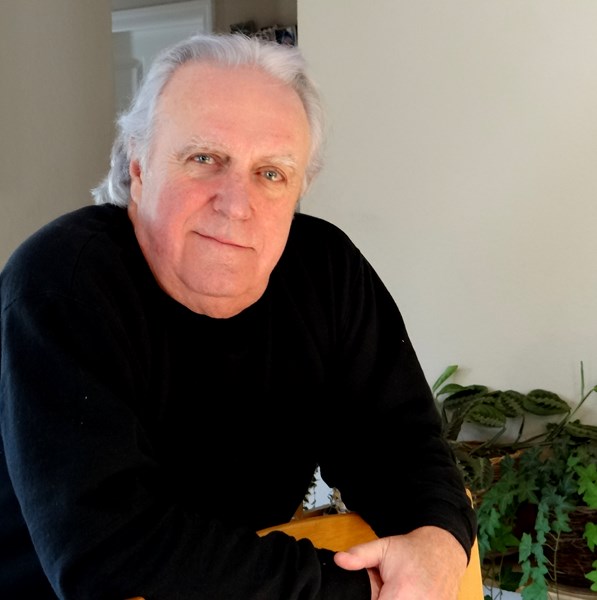 Jim was waiting for his turn, a challenge issued for a four-way game, Doug and Theo, he and I.  All too soon, it was time to skype Laurie, Ken and Mason.  Thanksgiving in their new house was downsized as well with just the three of them.  And Kristanne was alone in Las Vegas.  Her boys and their father are off to Idaho visiting their other grandmother. We could only hear her on the skype. We couldn’t get an image. But, everyone will be coming to Murphys for Christmas this year, just four short weeks away.

Doug put together, “cranberry man”, which has become a tradition. He looks different every year. This is a tease because Cedric likes the old-fashioned jellied cranberry sauce over the home-made varieties most of us prefer.

Doug traditionally carves the turkey, too.

Jim took a family picture for us. We had corn bread, gumbo, persimmon, pear and pomegranate green salad, olive rolls, stir fry garlic green beans, baked sweet potatoes, home cured olives, olive tapanade and all the aforementioned delights. I’ve probably forgotten something, but I tasted everything.  For a downsized feast, it was awesome.

Cedric made one pie. He always puts a decoration made with crust on his pies. This year, with the political situation, he made a scroll that represents the constitution with We The People engraved on the crust.

Virginia made her usual pear tart.  The dessert bar was overflowing with cookies, fudge brownies with plump fresh cranberries and candy.

Giving thanks for the good things of 2016, cherishing family and good health,  the predominant theme around the table. Life is good.

My daughter-in-law, like her mother before her, is an excellent cook. The bird was succulent, the dressing and gravy likewise. She is gluten sensitive and both were made with that in mind. Virginia brought the desserts and made a special pumpkin pie for Laurie, gluten free.

The day was so balmy, we spent part of the day outside. We had two games of bocce ball going, with two teams on different parts of the lawn. Laurie cooked the bird, and Ken roasted precooked sweet potatoes with rosemary and a tri-tip on the barbeque. Doug made an 8 pound lasagna with turkey meat.

We began munching at noon and continued right on up until dinner was served. Everyone ate too much, which I suppose, in a way, is the usual ritual. 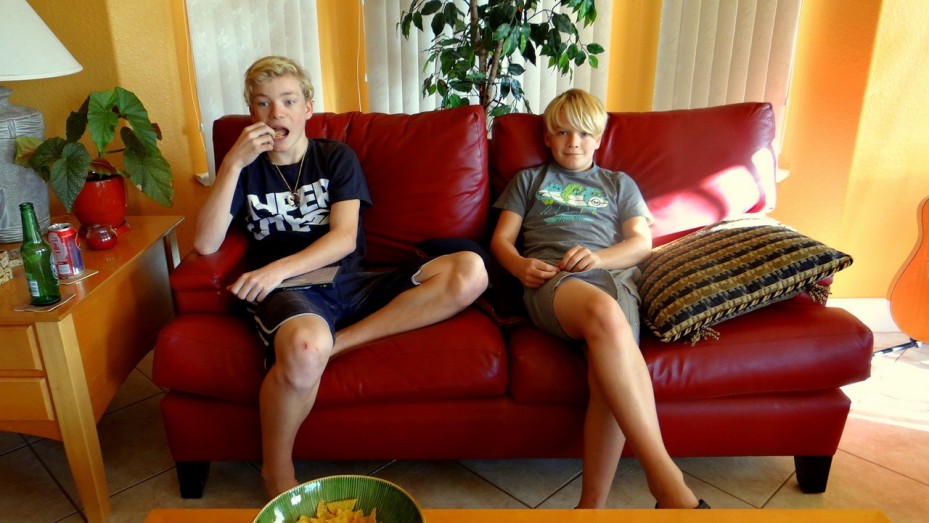 Ken and Laurie recently moved to Valley Springs. It was an opportunity to showcase the “new” house. 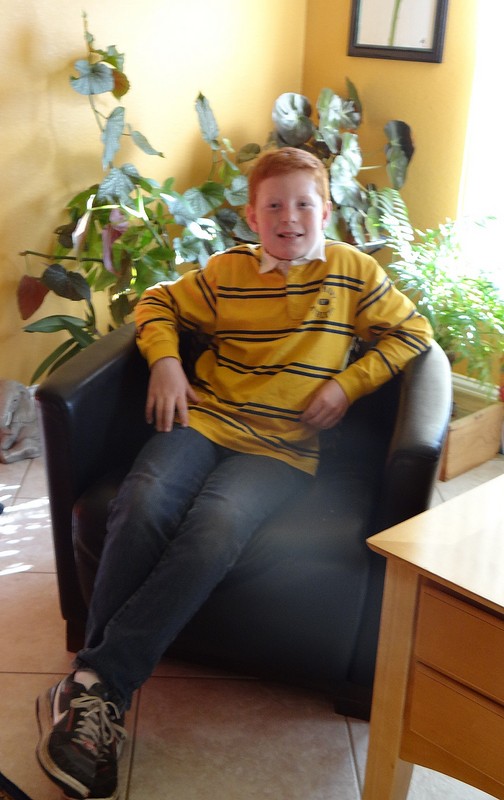 While his parents couldn’t make it, Austin got to spend time over the Thanksgiving Holiday school break with his cousins.

Through the wonders of technology, we skyped and talked to daughter Kristanne who has a new job and couldn’t get enough time off to attend.  Austin skyped his dad in Southern California, so we all got to communicate our good will and love to those missing from the celebration.

Doug taught Stewart and Mason how to part out a turkey and put the bones in a bag for soup. He is ever the educator,  completely at home in the kitchen and likes to interact with his nephews. Mason seems a bit less interested in the process judging from his body language. Mason is doing really well in his first year of college and is especially good at French and math. Stewart is now firmly aimed at a major in his sophomore year, teaching English as a second language. He is recently published in a small literary magazine with a piece of his fiction. Both boys are gifted students and enjoy playing their musical instruments.

Ask night came on, nearly everyone got into the card game, elevator, a bidding game.

The little guys watched this time, but they usually get in the games, too. 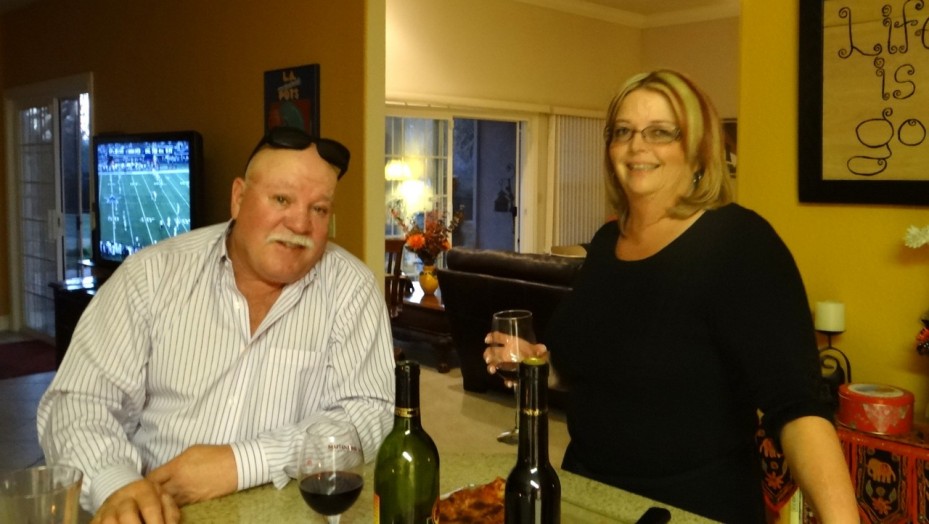 Clark and Theresa had multiple commitments and came late. Another excellent cook, everyone looks forward to what she will add to the table. Oh, my! And Clark is another whiz on the barbeque.

The sign on the kitchen wall says it all.  Life Is Good.