Posts Tagged With: license to kill

We arrived in Kalispell on Sunday. Museums & Art galleries were closed. We did the grocery shopping, defrosted the frig and read most of the day. We are parked at Elks Club number 725 and it was a humid, noisy night. Too close to the Highway. I thought I’d rummage through pictures I had re-sized for the blog over the past weeks but didn’t post. From the Chinook Wild Life Museum  two beautiful ptarmigan. (We called them partridge in our neck of the woods.)

From the same museum, this wild goose in protective mode with her chicks. 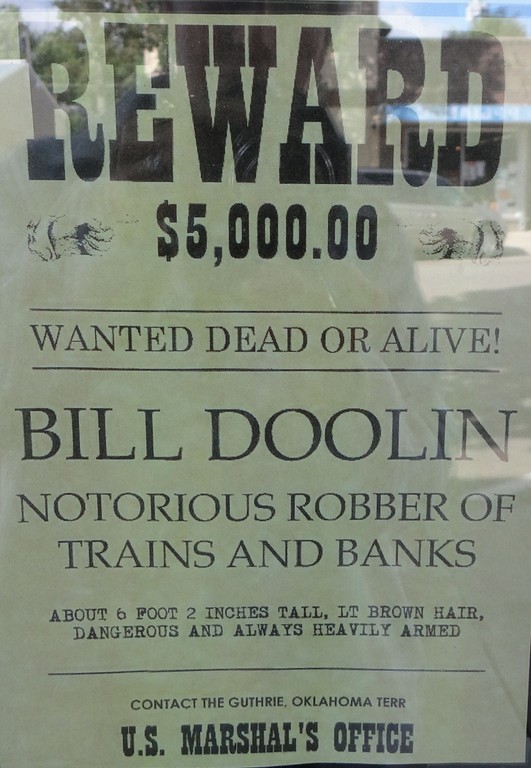 In a State Farm Office Window at Chinook, this license to kill.

At the Glacier County Museum in Cutbank, these fly sprayers were on the floor kind of hidden underneath a shelf. It is blurry but Jim commented when we saw them, “When you recognize items you used in a museum, you know you are getting old.” 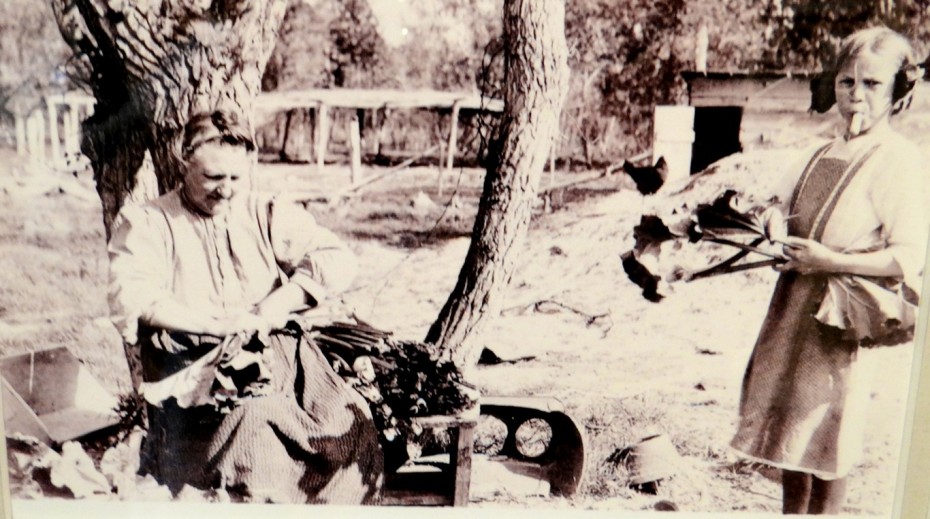 And, this old picture of a woman and her daughter picking rhubarb. I got a kick out of the picture because of the sour look on the little girl’s face when chomping one of those sticks of rhubarb. I remember doing that as a kid. Still love rhubarb sauce and pie when I can get it. 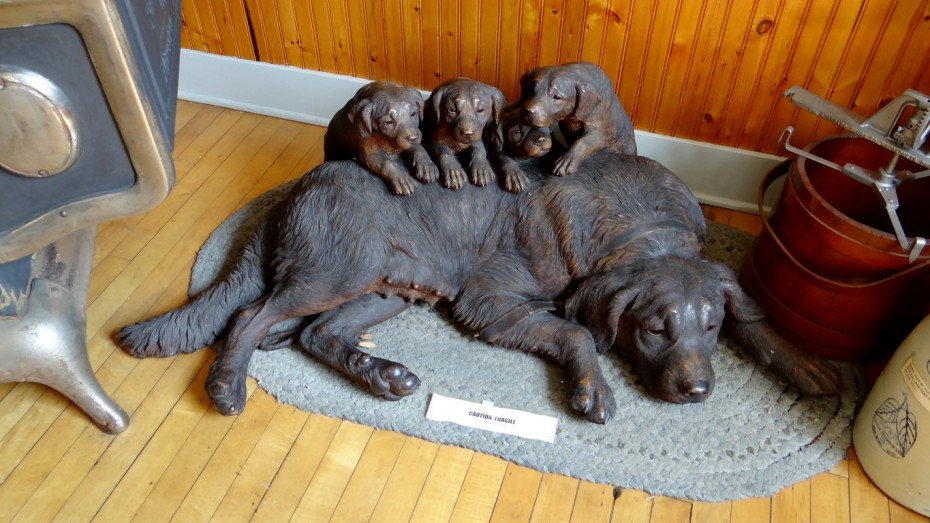 Mama and her litter is a sculpture I saw in the Kitchen of the Sand Point Light House in Escanaba at the northernmost point on Lake Michigan.

Also from that museum an old water main when water pipes were made from steel banded lengths of wood. 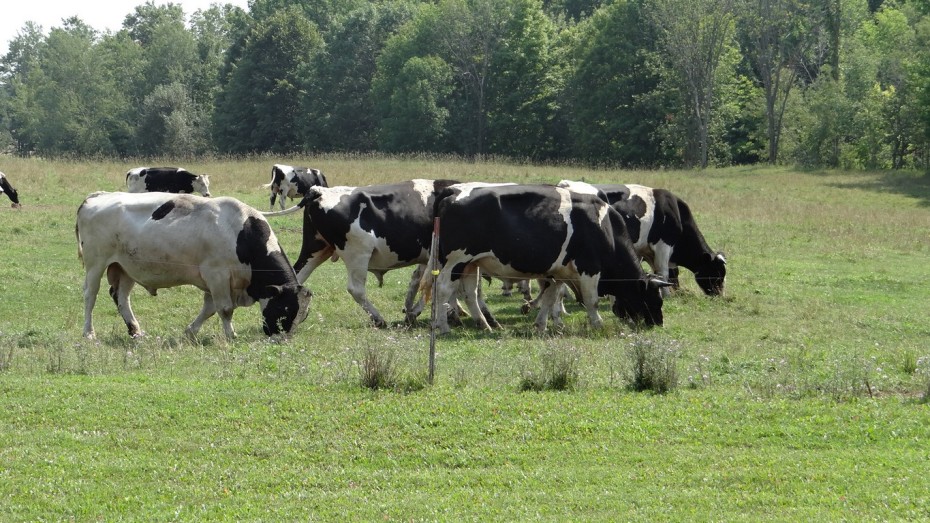 I thought I was taking a picture of a herd of cows at the Cousineau farm where we stayed in Bark River, MI. It is a herd of bulls. Mark  keeps the cows separate and the bulls seem to get along fine. They are sold for meat and used to breed the next batch of calves.

A historic picture of the Holt Morgan Lumber & Cedar Company where my Grandfather once worked.

I don’t remember what museum this sauerkraut hook came from. But, I do remember my grandmother from Hardwood with a huge barrel of kraut in her basement.  That basement lives in my olfactory memory as much as sight. Smoked hams hung from the rafters. Big pickle crocks filled with the moldy smell of pickles in dill. A small crock of horseradish that made your eyes water if you got too close.  My dad complained it was one of his jobs to grind horseradish when he was a kid. Another barrel filled with cooked pork and covered over with a 6 to 7 inch layer of buttery thick fat and topped with a wooden lid. Grandma would dig in the fat with a hook and come up with a hunk of loin or shoulder to fix for supper. Shelves and shelves filled with glass jars of applesauce, green beans, beets, corn,tomatoes, etc.  My grandma also had a root cellar filled with potatoes, rutabagas, turnips and cabbages. Ahh! The memories are good smelling,  but it was a hard work life.

And in Michigan and Eastern North Dakota, we saw plenty of these signs. Also several marked crossways for snowmobiles on Highway 2.

Later today, we have to have some work done on the motor home, a new solenoid, Jim has diagnosed. Then, on to Libby.