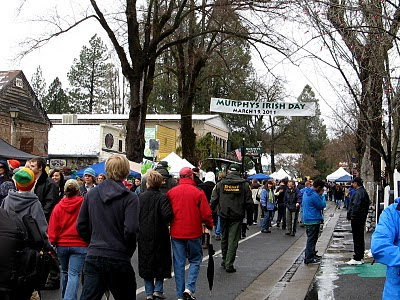 This is a view of Murphys Irish Day around noon. People were bundled up but still determined to have a great day, and, they did. 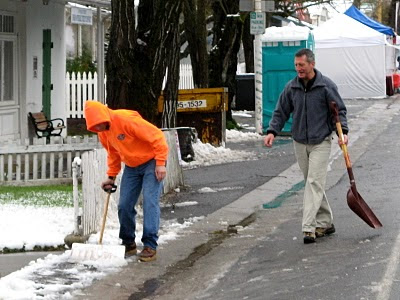 That is because earlier, at 9:00, volunteers were out shoveling the white stuff off the streets. Then, once shoveled, where do you put it? 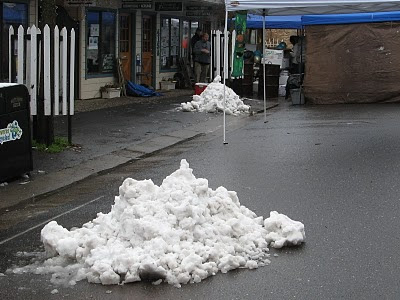 It had to go somewhere, so it kind of lay piled around in mounds here and there. I saw a few snowball fights, but the kids were respectful and took their fun away from people and onto lawns or side streets. 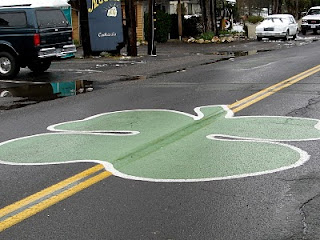 At the beginning of March, in preparation for this day, the street was painted with two huge clovers and the space between the double lines was painted green for the length of Main St. This is done legally, now. It wasn’t always so. The guys who started this affair, Jim Riggs and Bob Bliss,  would invite people over to Riggs Beauty Salon for corned beef sandwiches and beer. Then about midnight, after they’d had plenty of  liquid courage, they’d paint the single yellow line green with the help of anyone else willing to face arrest if caught.  The powers that be laid in wait and caught Jim Riggs, arrested him, and put him in jail one year. The judge was friendly to one of the outstanding merchants, movers and shakers about town, and Jim was released the next morning without charges being filed.  They finally made a deal to everyone’s satisfaction, and the practice continues to this day. 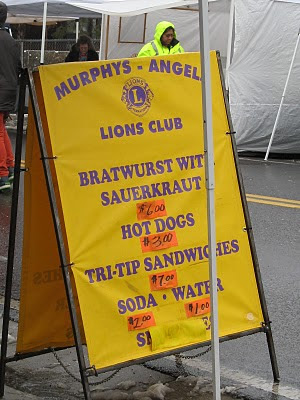 The local booths provided good eats and drinks of all kinds. The churches brought home made soda bread and  pies to sell.  The nearby Congregational Church held a pancake breakfast. The Native Sons provided corned beef sandwiches and green beer. There was all manner of barbeque, chicken, fries, corn dogs and other good stuff. I opted to get warm at the pancake breakfast and just missed the parade. 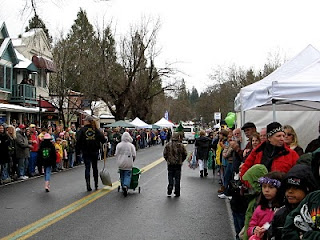 The last event of the parade is the manure scoopers with their little green wagon and shovel, but I couldn’t see any horses. I think it must have been a short parade this year. 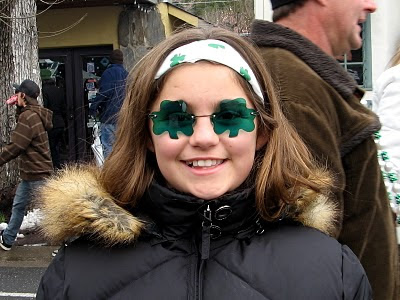 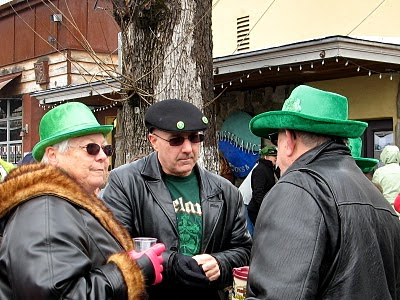 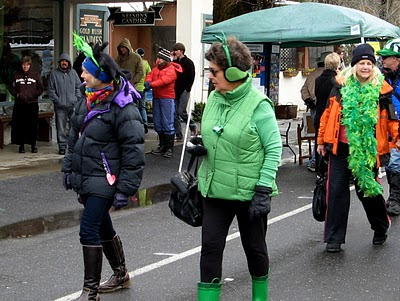 I enjoyed the green trappings. 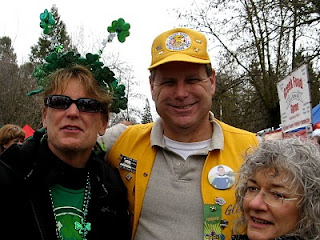 Meeting old friends. Glen Berry is once again President of the Native Sons, he told me to be sure and tell my son, Ken. (They’re old school chums.) 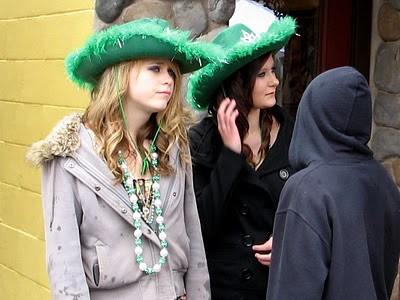 And young girls looking for an older boy than the one interested in them. 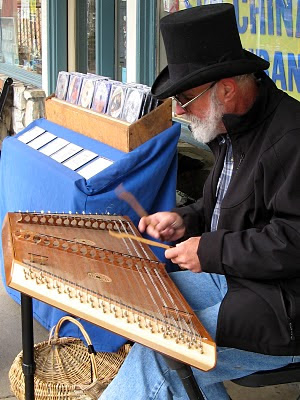 And the music. They had an Irish band, but this guy with his hammer dulcimer was fascinating to watch and hear.

Here is a very short sample. I was sorry I cut it off so soon.