Posts Tagged With: food and grace

It was a surprise party held at the Office of Emergency Services hall at Santa Rita Prison.  People crowded around the door waiting for former Sheriff Plummer to enter the building. Charlie holds “office” hours every Wednesday so it was easy to surprise  him. He was stunned and temporarily at a loss for words. 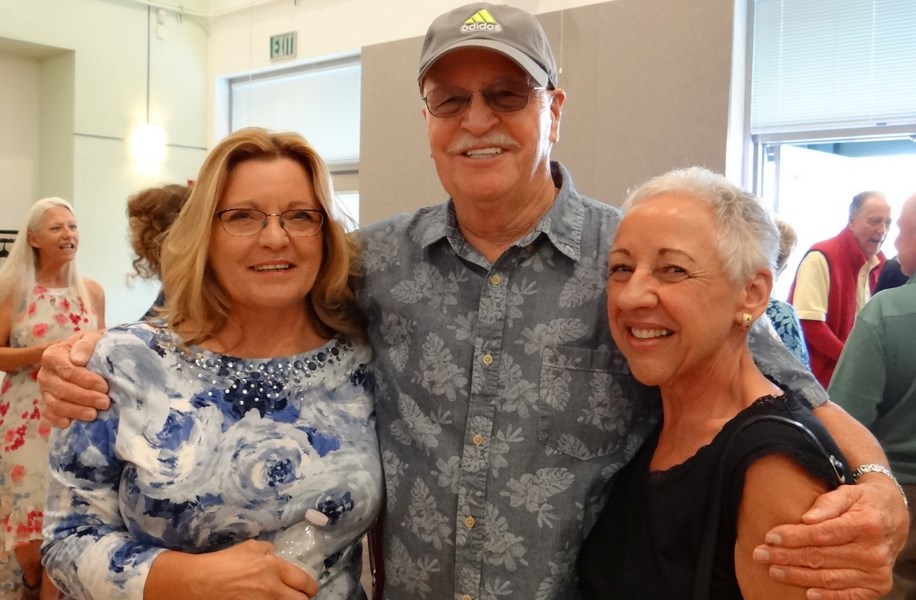 Once he arrived, everyone began finding old friends they hadn’t seen in years. I saw so many faces I recognized, but often the names wouldn’t come to mind, so I decided to print none.  I’m going to let you guess who is who. You can always call Cynthia Crawford at the department for the answers.

The place was mobbed and it was so much fun catching up on old friends, even if I didn’t always know who I was talking to-at first. The way it worked,  we had about an hour to mingle and chat.

There were many hugs and a constant buzz of happy voices.  Some were group hugs. 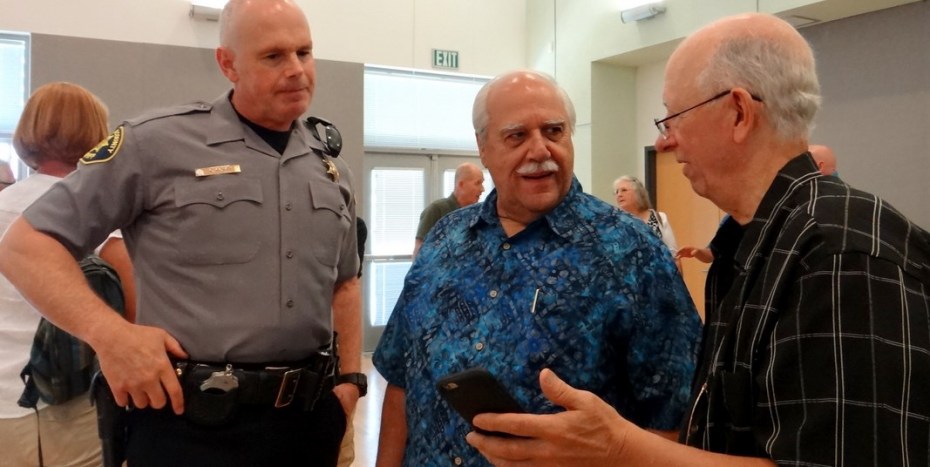 I think everyone made it in time for the food. 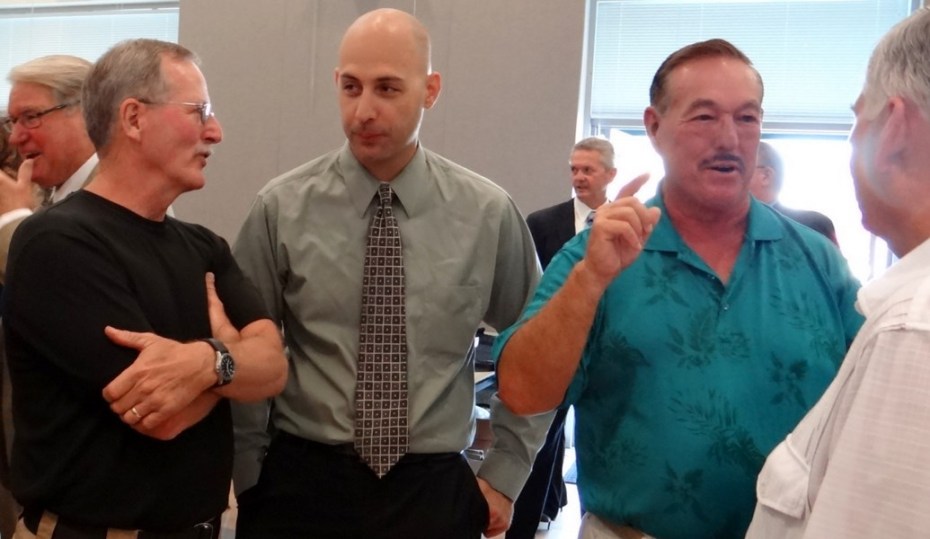 It was like a family reunion with stories and memories flowing. 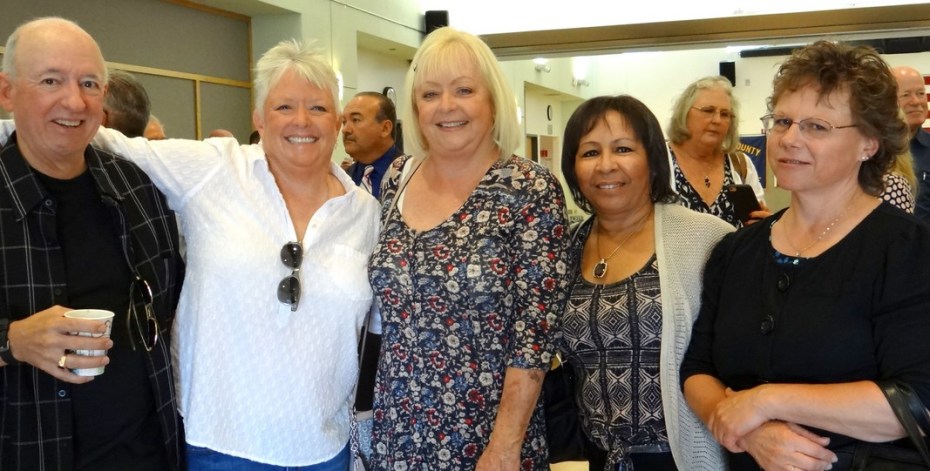 After all the camaraderie, we sat down to enjoy the food. I attempted to get a picture of each guest while they were still.

These women put out the word, collected the money and greeted everyone who came. Events like this don’t just happen as we all know.

I’ve worked enough affairs like these to know that it takes many volunteer hands in the kitchen to feed 100 or more people, too.

As one of many attendees, I don’t know who planned and organized it. But our current Sheriff, Greg Ahern, presented Charlie with gifts from the group and I expect he was the ring leader.

When Charlie got up to speak, that strong, commanding voice was still there, with a few cantankerous fighting words to keep us all laughing. An unforgettable character, his peers all over the state and the people who worked for him, hold him in high esteem. His accomplishments during his triple careers in law enforcement are innumerable. I came unprepared to re-hash his career. Let me just understate-that the man of the hour was a major force in Alameda County during challenging times. He left an indelible mark.

To see  the rest of the pictures I took click on the link below: