I love art and have always been a wanna-be artist. Pam at one time taught art and offered to give me two lessons. She said, pick a picture you like and I’ll teach you. I’m always attracted to paintings of people, so she suggested I choose from one of the homeless people pictures I took. I have a homeless brother and I tend to do that wherever I am.

I took two the day we were downtown Palms Springs, but, they make me sad. We considered could I turn my interest into a political statement by painting homeless people? No, the pictures make the statement. I want to paint something happy and beautiful.

I thought the saxophonist made for a fairly simple people painting.

Among people photos, this is the one I liked best, the woman taking a picture of her friend modeling a hat.

Hedging the bet, I chose a simple desert scene as probably an easier place to start.

The night before my lesson she said think of the tree of life, your life. And see if you can look around and find 20 different shades of green.  I thought maybe I could do some palm trees and mountains. When in the desert paint desert pictures, that  kind of mentality that I’ve heard from various artists over the years.

She loaned me a book on color charts.

In my long ago past,  (early 60’s) I tried painting with oils and it was enjoyable, but not very successful. Recently, I tried a papier mache’ sculpture and couldn’t understand how to use acrylic paints and gave up and put the thing in a box.

After talking it over, she decided I should paint on a student canvas a person, not a tree, not a desert scene. We chose a picture of her’s of a little boy. He has a long way to go, but the palette board for acrylics is very different. The brushes, too. I learned gobs and came away energized. I’ll try and finish this painting today, or at least get it in better proportion. Not only did I get a lesson, but lunch.

Pam made this killer soup with mushrooms, peppers, chicken breast and fennel sausage with a small amount of noodles. Delish.

On a different note: In the morning,  Jim and I walked the park, looking to find my bike, both of us knowing that this is a park full of mature people, unlikely that we would find our bike lurking under someone’s canopy. It was our morning exercise anyway, and we learned from talking to people we met that bike theft is very common in this park, especially men’s bikes, which mine was. It seems, the thieves jump the fence, choose an unguarded bike, and ride out through the gate. The next weekend it will be for sale at a flea market. We went to find a White Sheet, (sales paper) but it didn’t list flea markets. We might try a regular newspaper today. But, I’ve mentally given up the idea that I might find that bike. There must be 300 in our park alone. And, another 70 parks like ours. It is probably a very lucrative business.

OH, FOR YESTERYEAR ONCE MORE. 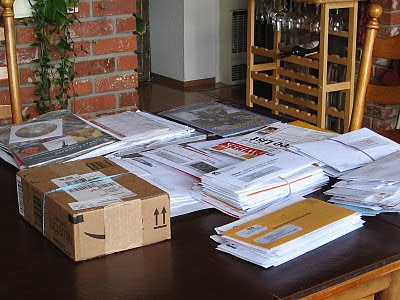 Yesterday, I started on my mail.  Here it is stacked in neat little piles. Paring it down by doing much of my correspondence on-line, subscribing to less magazines and periodicals has resulted in a huge reduction from last year at this time. That said, when it all came out of the packaging and envelopes, I had two sacks of paper for the recycling and a mess on the table. 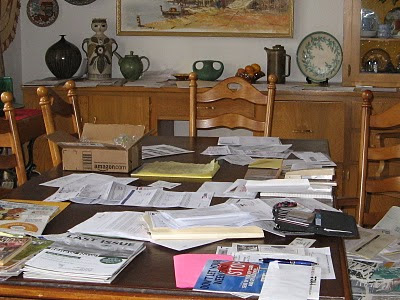 On the sideboard, my taxes started. Emptying out the old files from last year, and discarding what isn’t needed. Oh, for yesteryear! 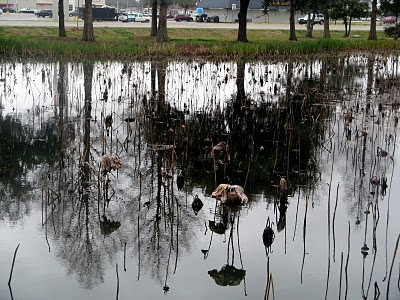 Instead of chugging away at home, I was at the visitors center in Lafayette, LA. enjoying this beautiful pond, 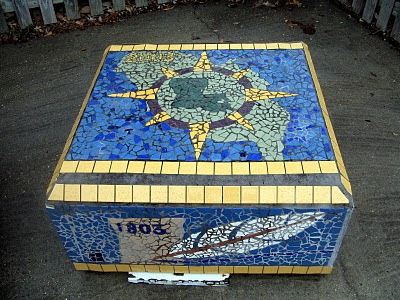 from a mosaic bench, one of several  to sit on in the shade.. 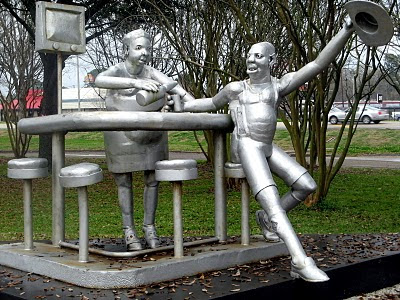 Near the driveway is this attractive sculpture of Rosie’s Bar. 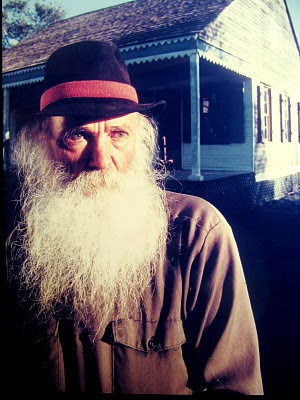 Then, later in the day, we went to a museum where we viewed the faces of cajun life in the area. These are all pictures of pictures from the museum about Cajun Culture. 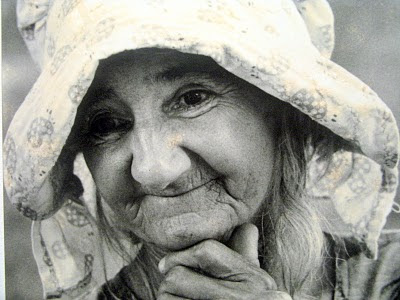 Such a beautiful face. 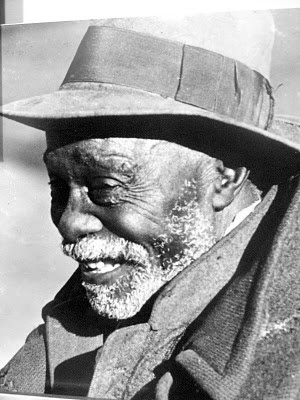 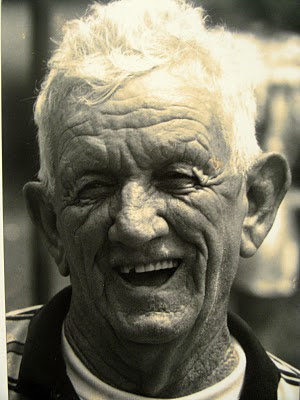 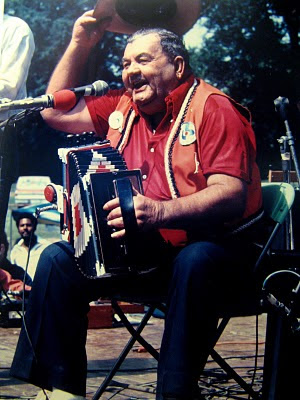 And joy as they “let the good times roll.” 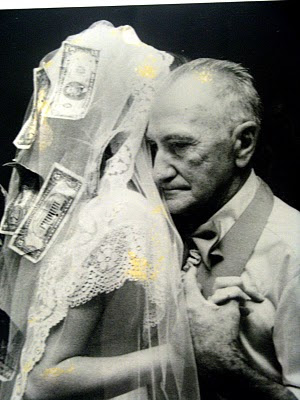 The groom does look a little nervous.
Its wonderful to have my pictures to look back on and remember the fun of yesterday in Southern Louisiana. Many people ask me what was my favorite place to visit on the road. Southern Louisiana was high on the list.We blogged  that area at this time in 2010.