I’m currently in my 22nd year of full-time RVing and my lifestyle is changing, For more info click Here

Since my RVing life is changing (see above), I’m starting to re-visit previously visited places. So rather than constantly re-blogging past entries, I’ve decided to do something different.

In 2011-2013, Mary and I did a 682 day, 12,679 miles in the motorhome and 8,000 miles in the Bronco, circumnavigation of the United States, which I called The Great Adventure. I called it so because other than my oldest granddaughter’s high school graduation in June in Connecticut, I didn’t know where we would be going or when we would be there!

So, unless I do something really different and unusual warranting a new blog entry, I’ll be posting entries from that trip.

Two days ago while in Socorro, New Mexico I decided to take the 24 mile Quebradas National Back Country Byway drive with my Ford Bronco II…not a place for the motorhome!

To read about this byway, you can click these two links…
http://byways.org/explore/byways/2090
http://www.blm.gov/nm/st/en/prog/recreation/socorro/quebradas_backcountry_byway.html

It’s located a few miles east of Socorro and claims to be total wilderness never less than ten miles away from a major highway. To get there you first have to cross the Rio Grande River…

Now to the Byway photos… 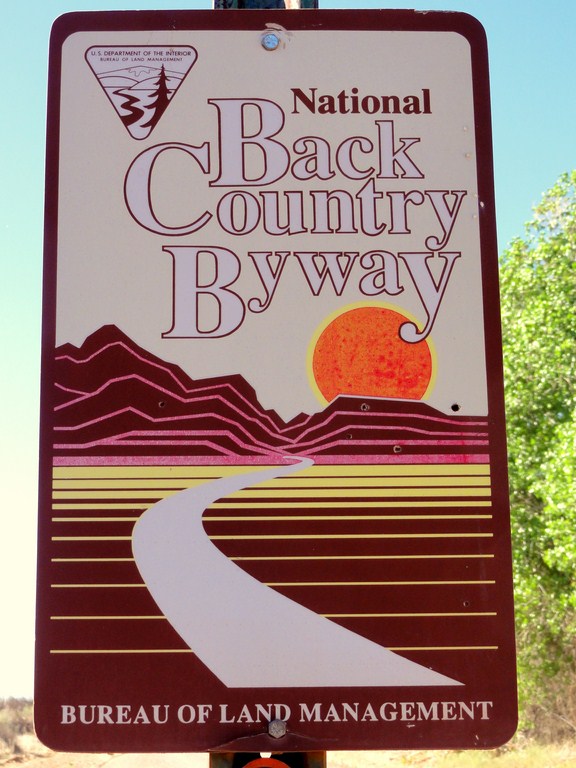 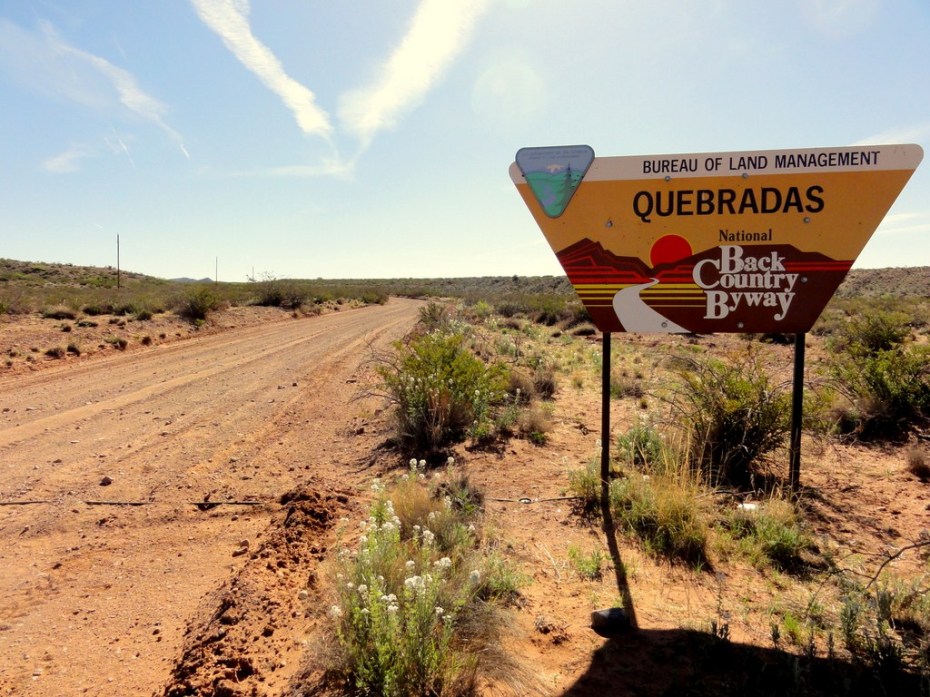 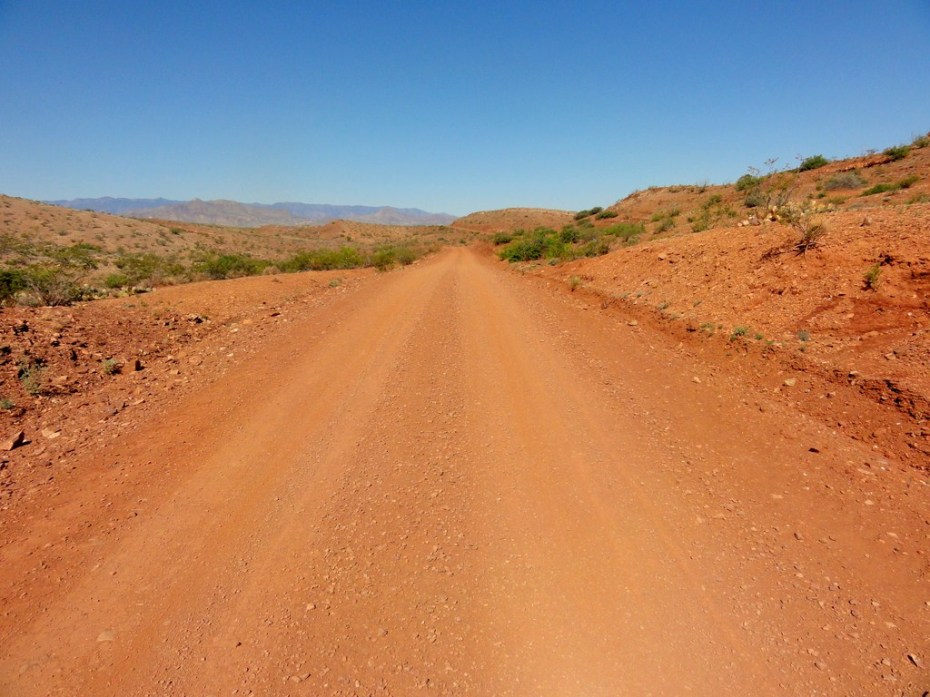 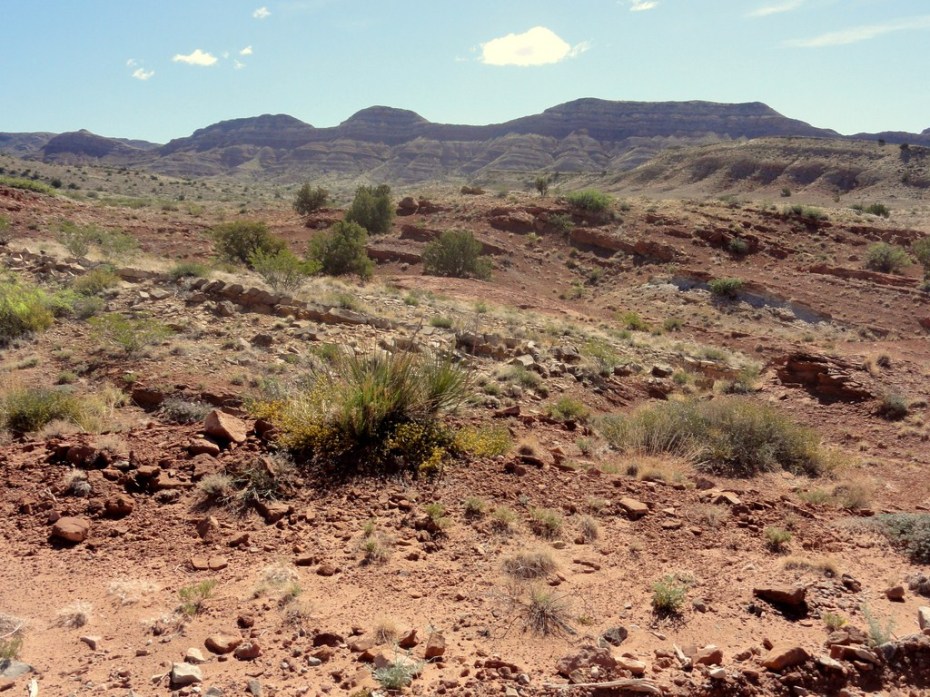 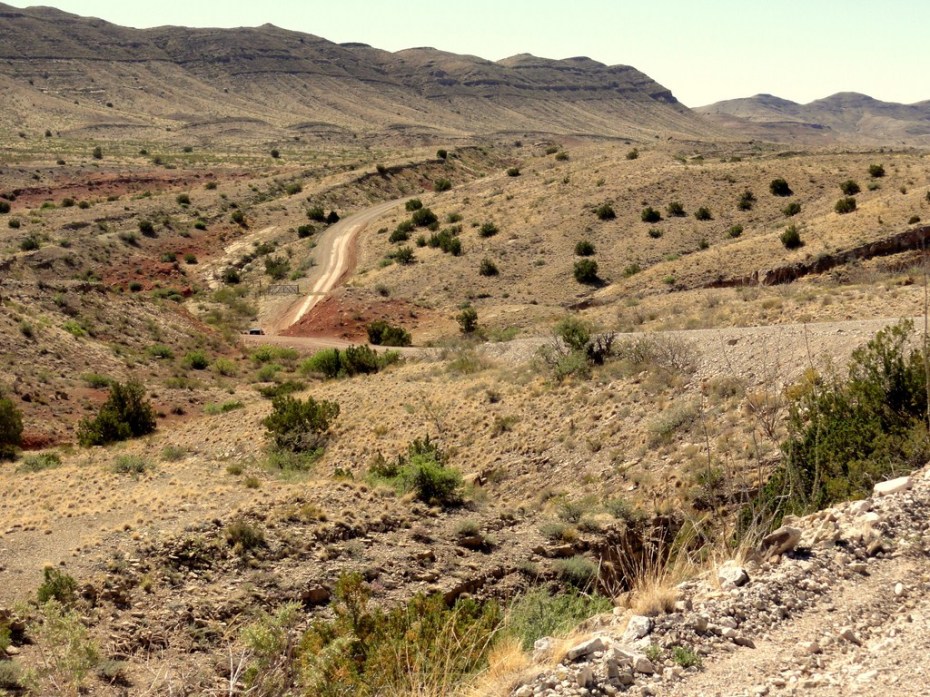 If I had to describe the drive in one word it would be DUSTY! The land is incredibly dry in this area. They warn you that the road is only maintained annually and to be prepared for loose sand.

There were lots of rather steep up and down grades requiring the use of first and second gears. It was a good test for my newly rebuilt transmission although I never had to use the 4 wheel drive.

It was a pretty and peaceful drive that took about 1.5 hours. Another fun thing to do as a full-time RVer is go exploring the back country!

I spent the night at Moose Lodge #1680 in Belen, New Mexico. Today…on an early Sunday morning I’ll enter Albuquerque. It’s a large city approaching 900,000 people that I’ve not been to before so I hoping for very light traffic.

TWO FOR THE PRICE OF ONE! MARY WROTE A MANY GREAT BLOGS…SO WHENEVER SHE PUBLISHED A BLOG POSTING THE SAME DAY THAT I DID…YOU WILL BE ABLE TO READ HER BLOG BY CLICKING THE BELOW LINK! DO IT NOW…!!!

I HOPE YOU ENJOYED THE PHOTOS.

Yesterday was sunny and 75 degrees. Forecast for today is sunny and 83 degrees.

The red dot on the below map shows my approximate location in the State of California. You may double left-click the map to make it larger…

Both Mary and I have bicycles. I’ve long been dissatisfied with the bring-along storage arrangements. One was a hook-like hanger which attached to a rung on the ladder on the back of the motorhome. In general…it was a real pain in the butt both attaching and removing the bikes. Primarily because of the difficult-to-use securing device meant to keep the bikes from jumping off of the hanger on bumpy roads. That it did…but it also made it a pain to take the bike off for use in a timely manner. it was a real hassle!

The other bike rack we have attaches to the spare tire hanging off the back of our towed Ford Bronco II. This rack had trouble with the weight of the two bikes and wasn’t terribly stable.

So…we decided to try something new. A fold-down rack that attaches to the hitch receiver of the Bronco. Here’s the box it came in…

My primary concern with this rack is that it would work on the Bronco because of the rear-mounted spare tire. So…because it was cold outside…I used Mary’s living room to do a basic-assemble. That is…fit the pieces together without tightening the bolts.

I then took it out to the Bronco for a test fit. It’s going to fit…just missing the rear-mounted spare tire. If it wasn’t going to fit…that meant boxing the thing back up and returning it to the vendor. But…since it did fit…I brought the rack back into the house and tightened all the bolts. The fold-down action works by pulling the pin with the round finger-hole attachment. Today I’ll put it back on the Bronco with a bike attached and adjust the fold-down adjustment bolt which sets the degree of fold-down so that the bikes do not lay on the ground when you pull the pin.

As I have mentioned in numerous previous Blog entries…the road of life is a dusty and dirty one. The bicycles hanging on the back of either the motorhome or Bronco get very dirty. So to counter that element…we also bought a cover to put over the bikes. Here’s the box…

Hopefully this cover will help keep the bicycles cleaner. We’ll soon know if this new arrangement is going to work.