We arrived in Clarksburg, W. Virginia, a busy city with lots of hilly areas and one way streets- no streets made for a wide bodied motor home. We had two other options, The Elks and the Eagles. We never did find them but the VFW appeared to have a huge parking area. When Jim pulled between the narrow yellow stanchions to enter their lot, I held my breath. The Commander happened to be sitting on the porch. He told me later he was sure he wouldn’t be able to get that rig in.  The VFW parking lot is miniscule.  But, it was Saturday and you can see us parked in a bank’s lot that runs right next to the VFW building. The commander assured us we would be okay for the weekend.

This old cannon has an interesting history, as does the post. Here they accept “Guest Members”, the first time we’d heard the term.  We had lunch at the VFW, a gulllinos  sandwich for me. I always like to try a local specialty and it was stir fried hot peppers and onion with melted cheese, and a beef patty onTexas toast, which turned out to be the first sour dough bread I’ve had since I left California. I asked her to substitute a chicken breast for the beef patty and she did. I don’t know where they got the name, but the sandwich was excellent. 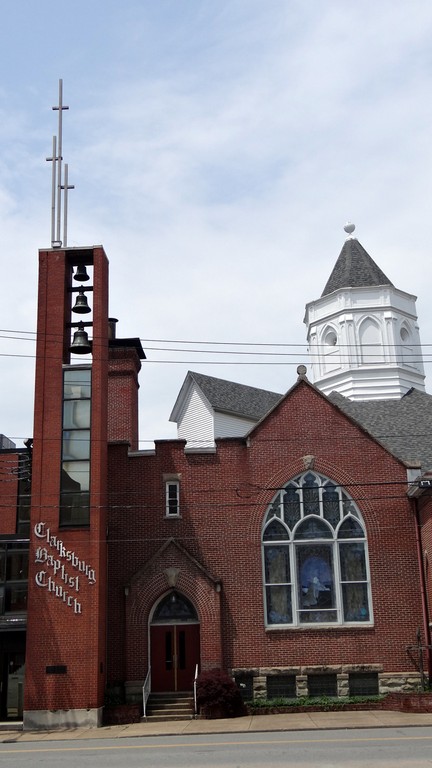 The forecast was rain. While it was still overcast, we took a walk around a four block area and just took some pictures. This lovely church with the bells, we heard play music at 5:00 while we were reading.

Other lovely churches with stained glass windows. No longer open like the refuges of the 1950’s where you could walk into any church. They were always open 24 hours a day.

Would have liked to have a look inside. 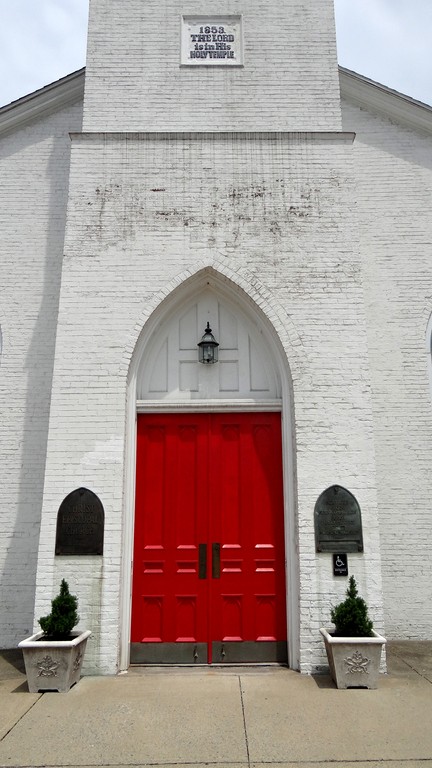 You can get a sense of the beautiful glass.

And old town;  there was a cemetery that looked interesting as we came into town.  Stopping with the rig is not always an option. 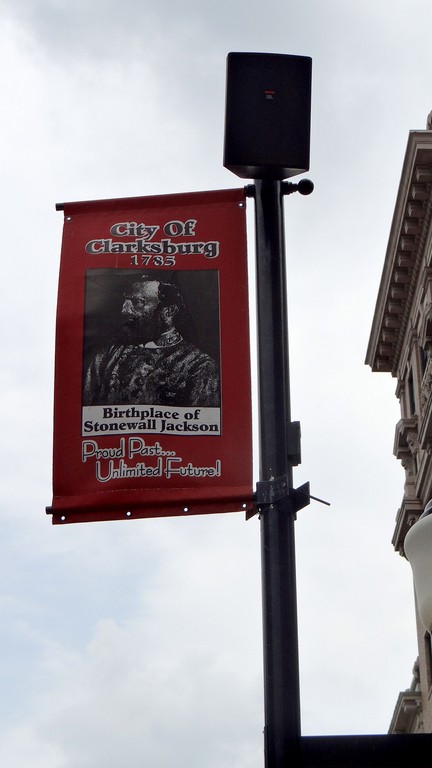 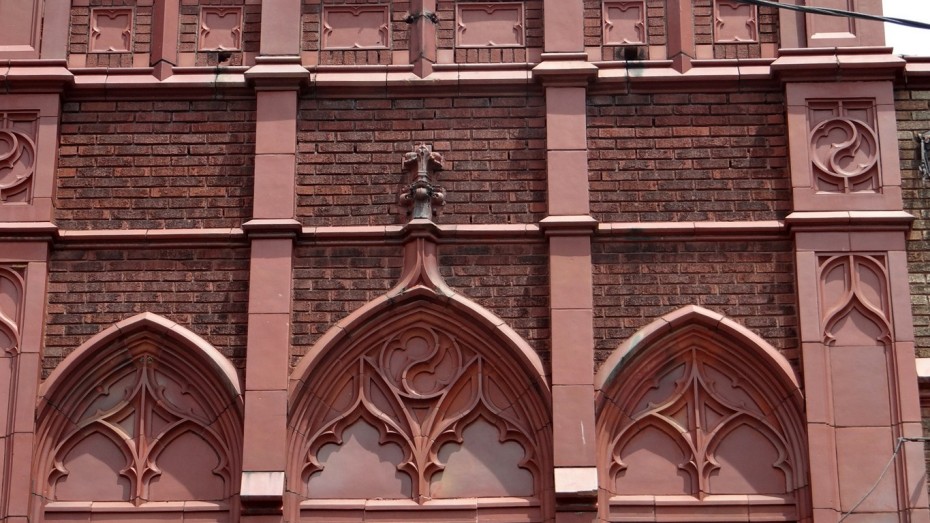 A beauty of a building that looks worth saving. A woman I spoke to on the street, when I asked her what there is to do in Clarksburg replied, “Walmart went in a few miles down the road and sucked the life out of this city. So many local shops closed, it is not a place you want to live anymore.” I was stunned to hear that condemnation for a city of this size.  The population is 16,798 from the 2010 census. 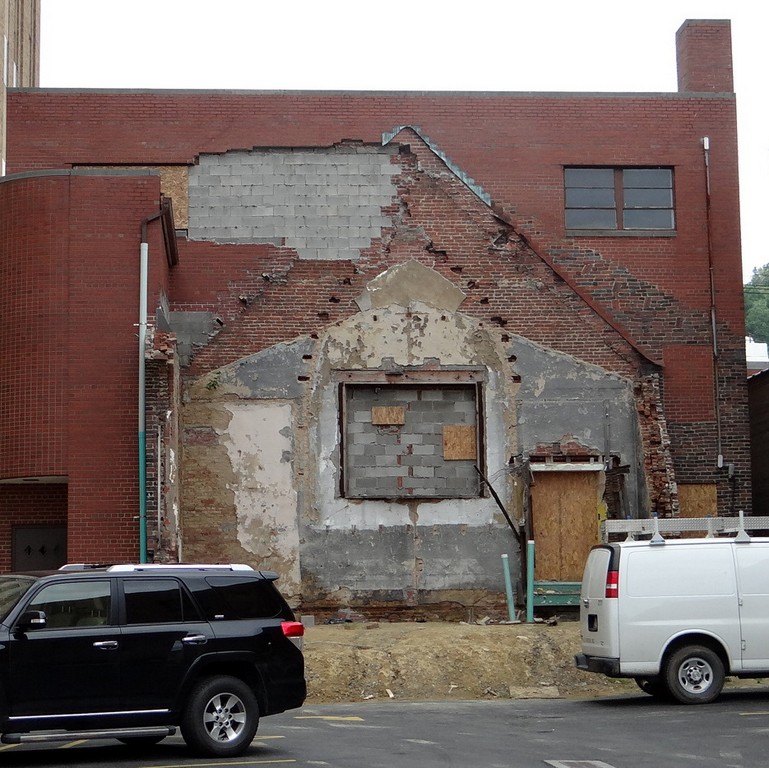 There are some signs of degradation, closed up buildings, for rent signs on storefronts. 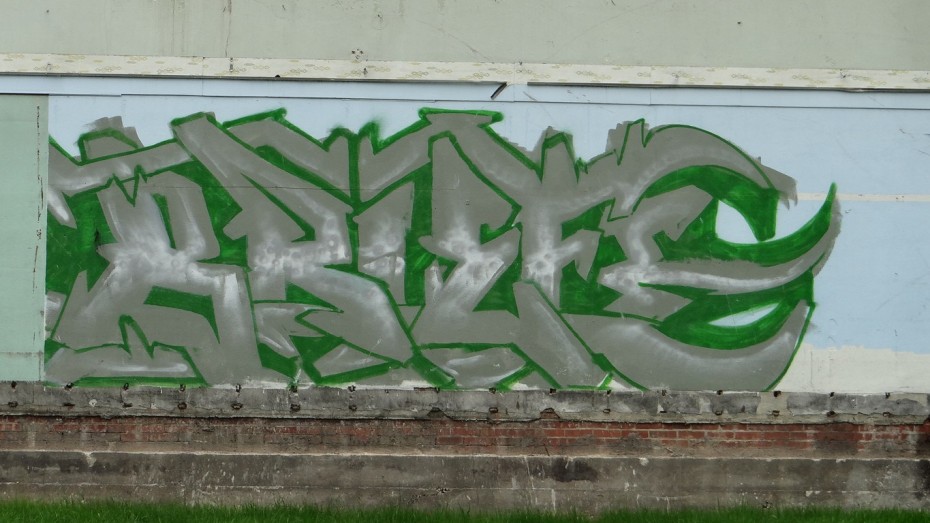 This is not the kind of beauty shop I would choose.

You don’t hear or see much about the International Order of Odd Fellows. The historic sign has been retained. The building now houses a couple of shops on the ground level. 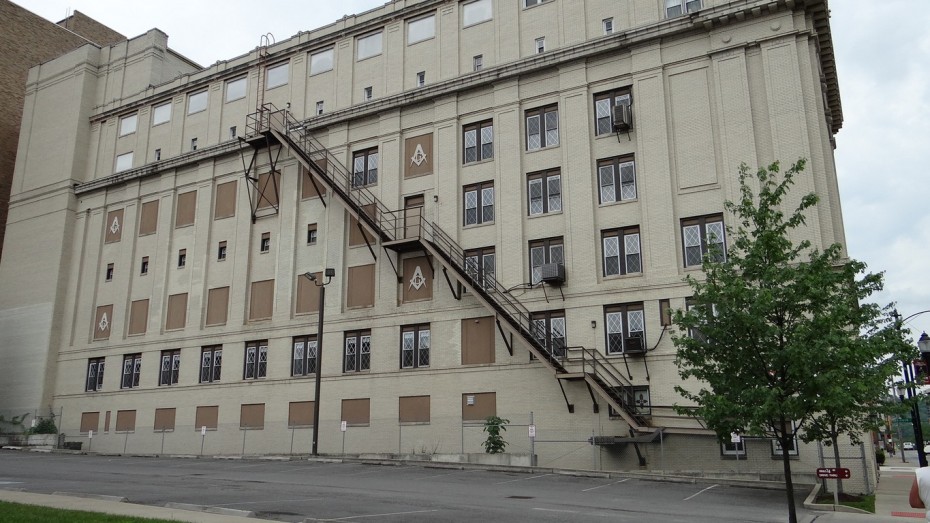 Fire escapes up the side of an old building, a rare sight for westerners along with the narrow streets and alleys. 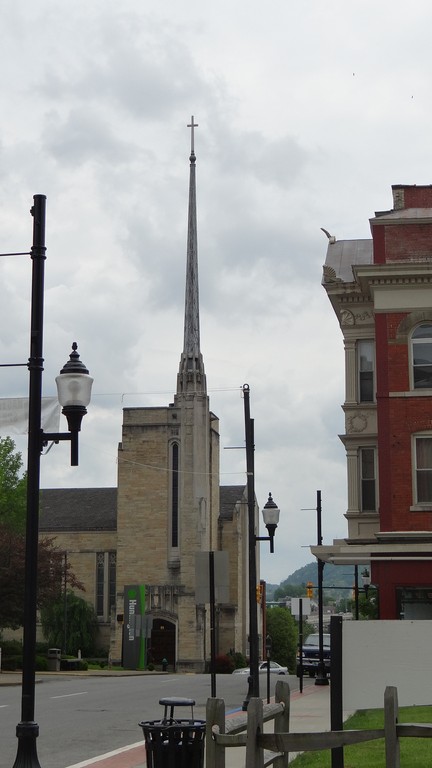 We made it back to the motor home just before the rain started. It cooled off and we spent the rest of the day reading and relaxing. 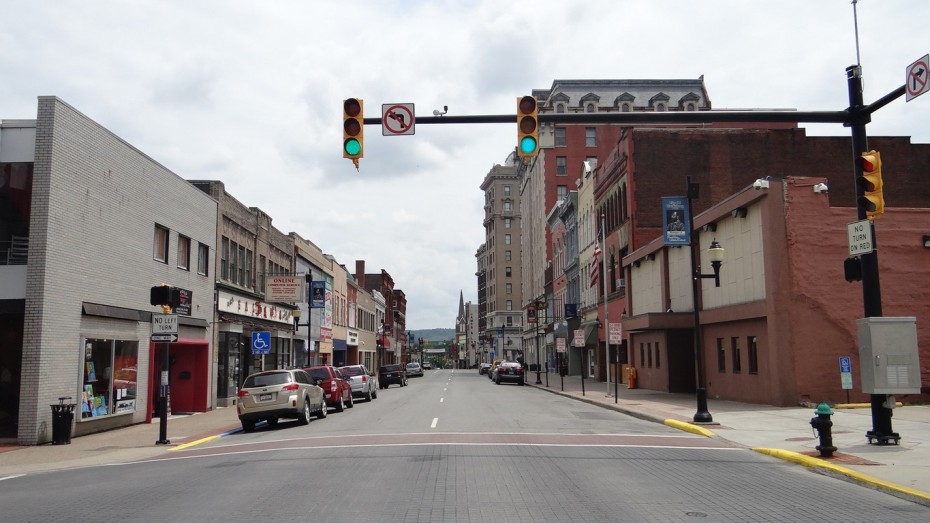 The City has beautiful buildings, and cities have been known to reinvent themselves. I’m sure Clarksburg will survive to see another economic upturn. I wish we could have spent another day here to look it over, but it was nice to have a day of relaxation, too.