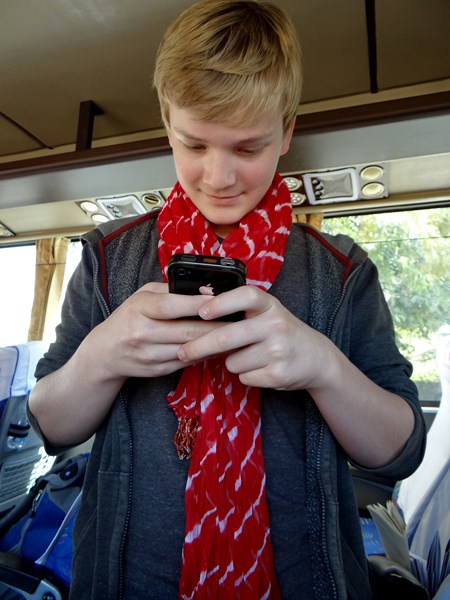 We arrived at our destination, Ranthambore National Park near the town of Sawai Madhopur. The park has over a hundred square miles of forests and several large lakes and was at one time a hunting preserve of the maharajas. I bought Theo a tie, but later he bought himself a handsome red scarf and he is never without it. 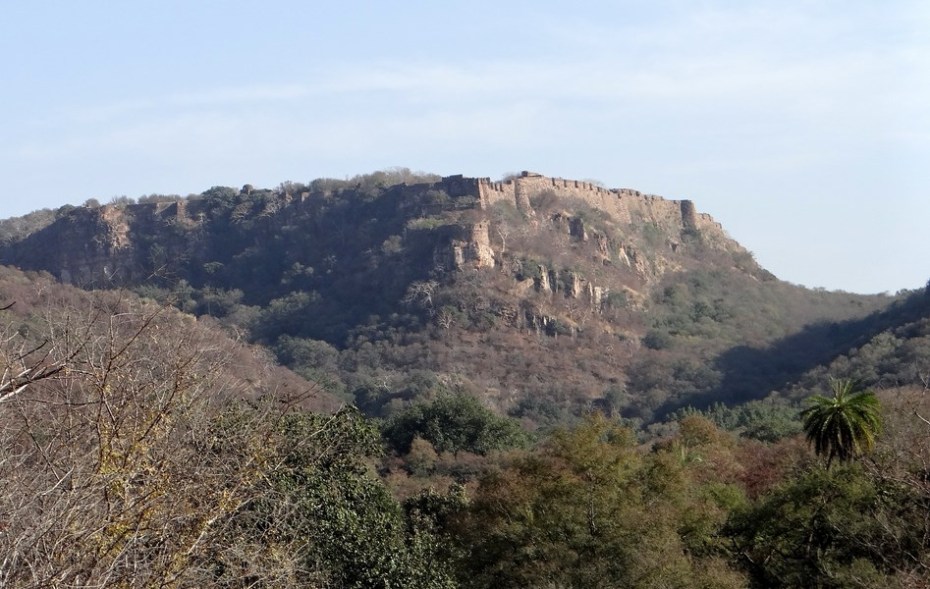 After our long ride and lunch, we take a canter to the fort and spent the afternoon hiking to various historical sites. In a later blog, we will visit the beautiful Dargah Ganesh Temple inside the fort.

The Park is a UNESCO site and one of 11 tiger preserves in India. India tigers are unique in that they are the biggest cats; they are not speedy. They don’t chase distances for their quarry. They will jump from a tree or rock or attack near a watering hole.

We enter by this huge gate.  Mostly uphill from here. 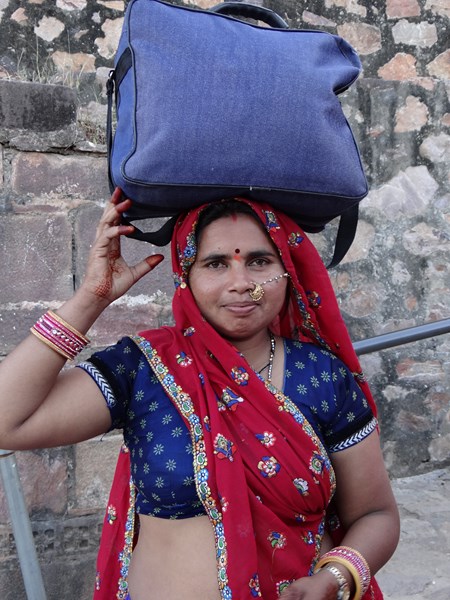 I’m fascinated by this woman’s clothing and her ability to carry belongings on her head.

The fort was built in the fifth century A.D. Astounding that it still survives especially when you see the current scaffolding still used in India today. 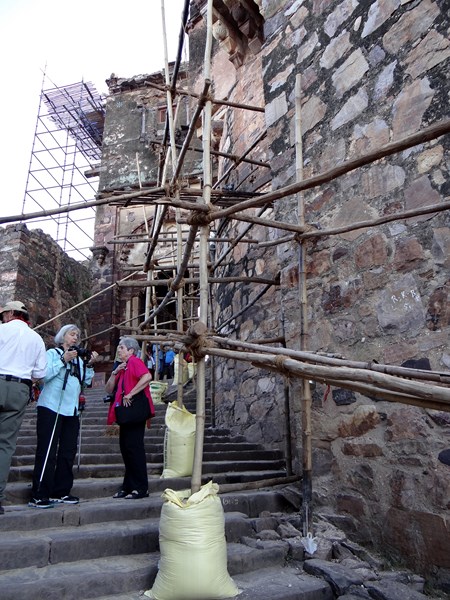 We see this all over India, even on modern high rise buildings.

The men tie the bamboo poles with simple hemp ropes, then wet the ropes and tighten them.  The structure is very solid. 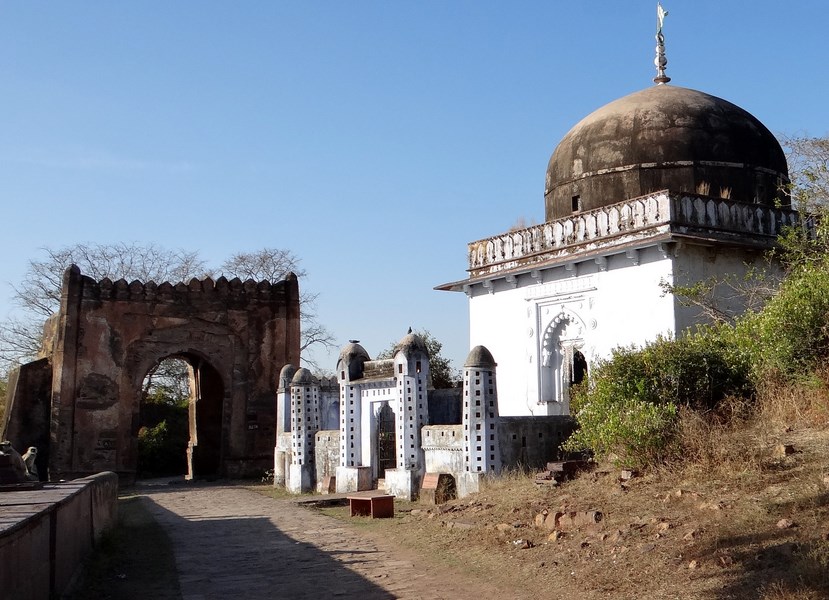 One of  many temples on the grounds. This one a later vintage.

This spot was over run with monkeys, fighting for territory or females. Not sure which. 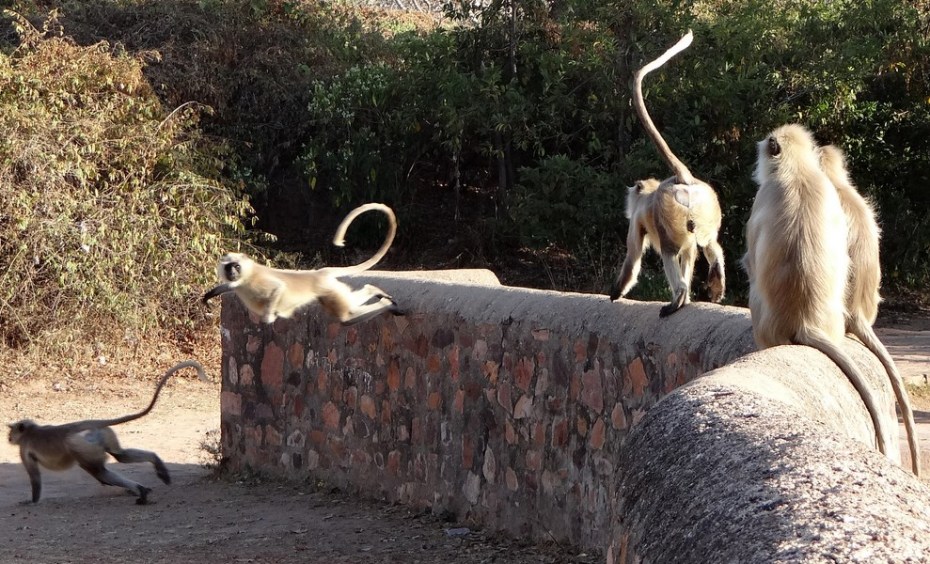 They would race about and attack each other. You could feel a breeze as they hurtled by we human invaders.

Some of the attacking monkeys like this one, bared his teeth and growled.

None of my other grandsons I’ve taken on their special trip took pictures, but Theo took many. 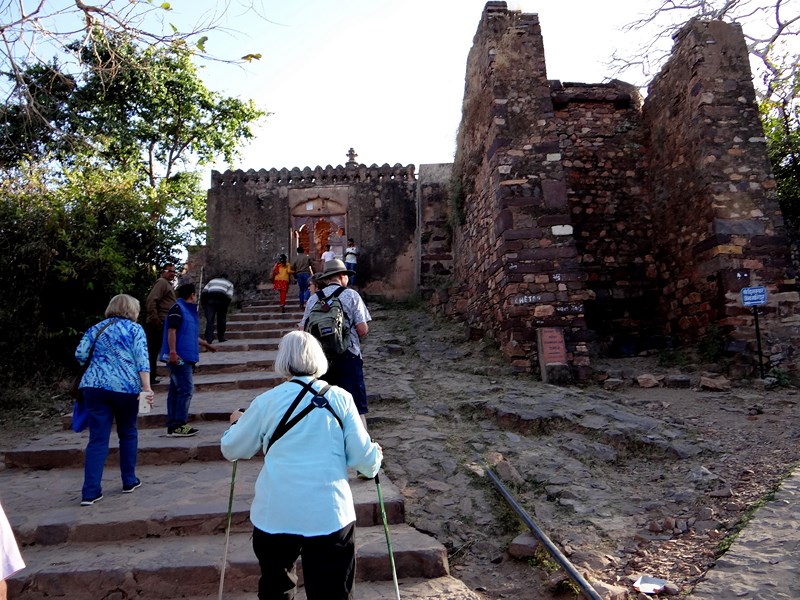 Onward and up. Another temple is just ahead.

Another set of stairs was daunting, and none of us chose to go inside.

Sandy, is photo averse. She is beautiful, friendly and a joy to be around.

The steps are steep. And after awhile we get our “temple legs.” This step has a stone once used in another building.

Arches are more vulnerable, but these still stand.

At the top, everyone gets to look over the lakes and valley below.

This man takes tickets for the temple located at the far reaches of the hike.  You can buy food, water, souvenirs and flowers here.

People buy flowers as part of their ritual. I picked up a strand to smell and Ranvir, said, “you touched it. Now it can’t be used.  Nothing goes to waste. The monkeys will eat the flowers.” He paid for my mistake. 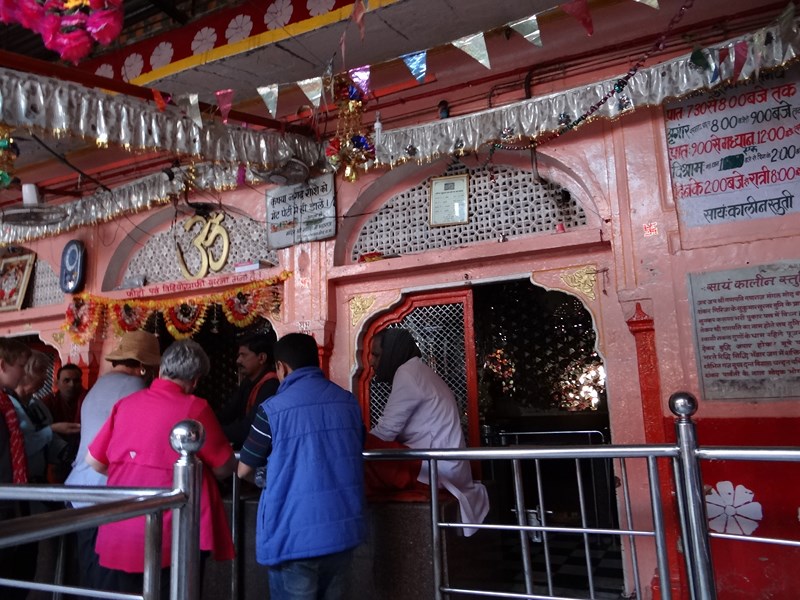 At the temple, you may not speak.

I came out  anointed. 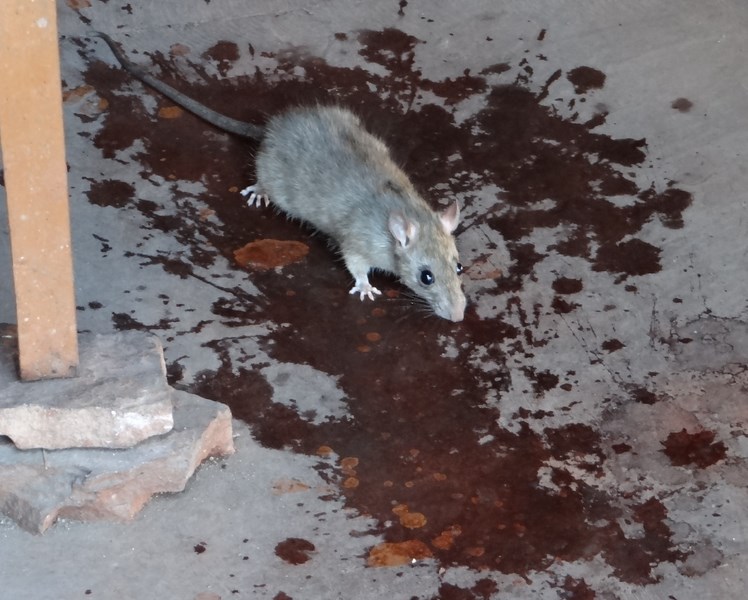 The monkey enjoyed his treat. 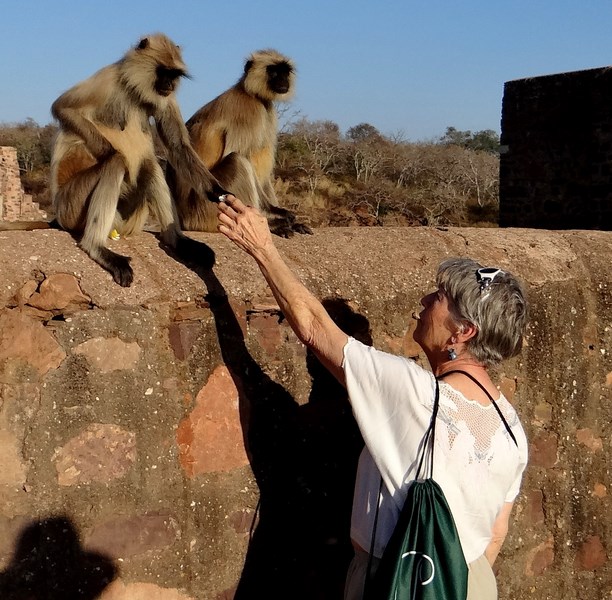 On the way back, the monkeys get well fed. Everyone gives their flowers.

These little birds seem to find food where there is nothing but rock.

This is a squirrel. At home we’d call it a chipmunk or chicaree. They too, seem to find food where none exists.