HOW DID YOU MEET? 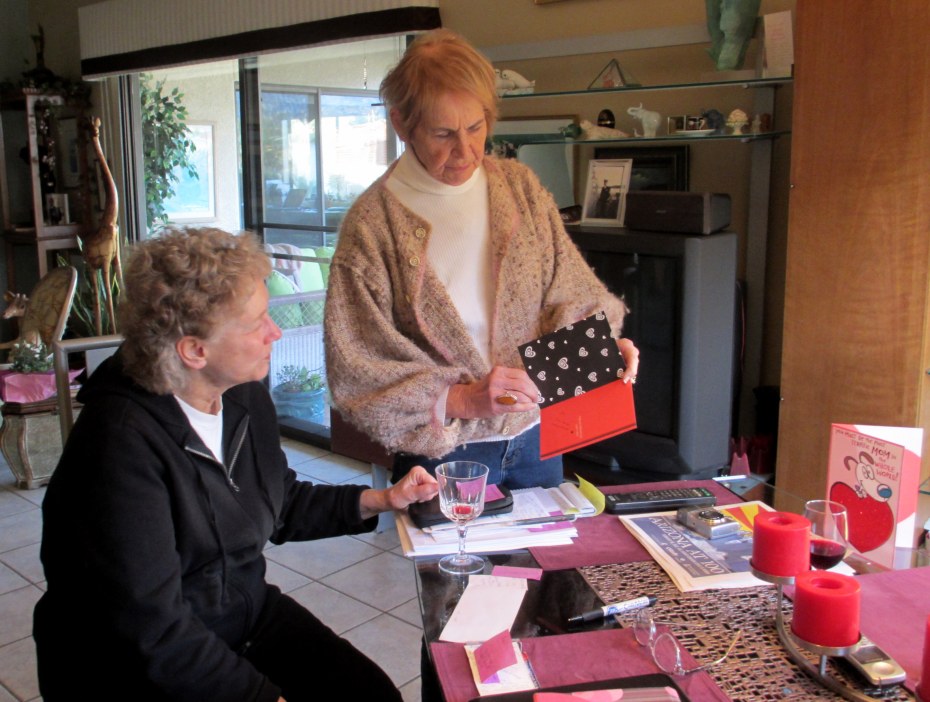 Anne and Fred Hart came by my friend Sandee’s house here in Tuscon. It was  Valentines Day and the topic turned to loving relationships. None of us are spring chickens but all of us are young at heart, we decided. 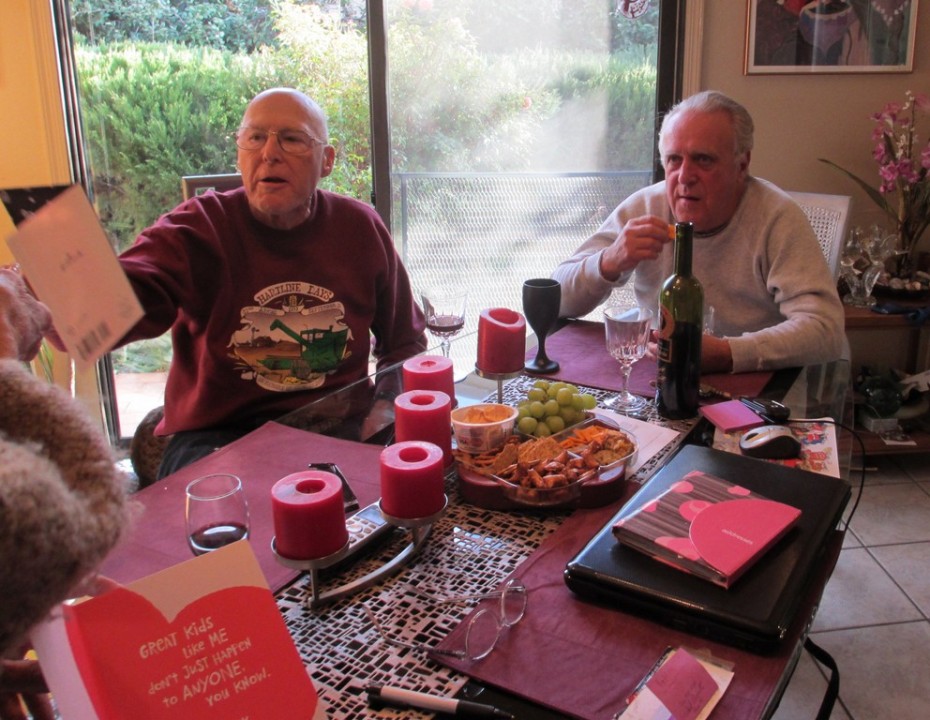 I asked Fred and Anne where they met.  “It was a blind date, said  Fred, but you should ask us where we got married.  I’m probably the only groom who wore a gown and Anne wore the pants.”  That’s right, Anne said. I wore white pants and top with a bright red blazer. We got married in a hospital, and Fred wore a hospital gown.” What a hoot.

I met my husband in jail, which isn’t as bad as it sounds, since I worked there. Jim met his wife behind the soda counter in a drugstore. 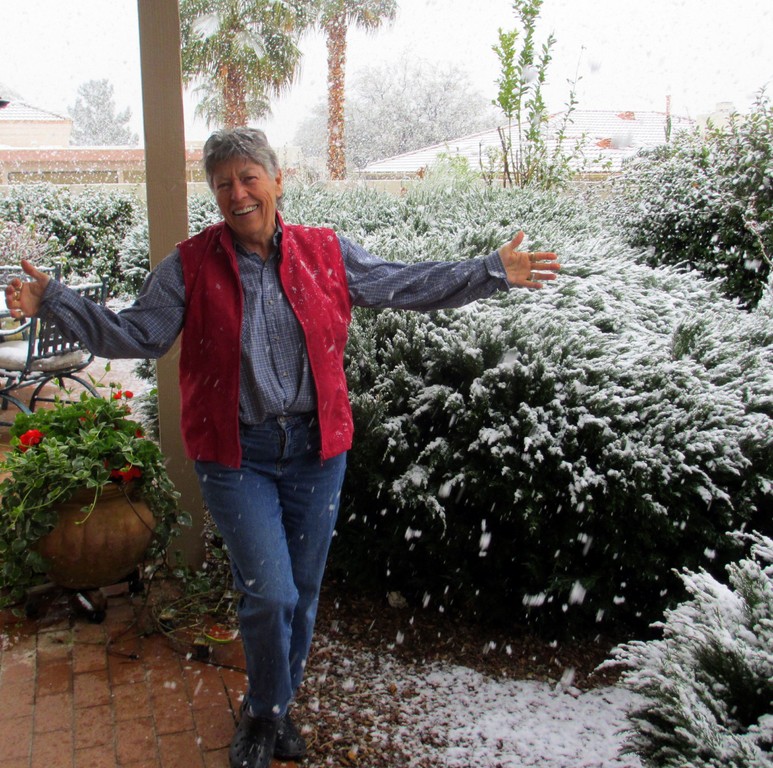 The day turned cold and since Sandee and I both lived in Michigan, we  enjoyed the snow. The trouble is, too soon it melts away.  We figured we’ve known each other for 49 years and I’d never asked her how she and her recently deceased husband, Louis, met.  “At a party where we were each with a different partner;  we were attracted, we talked and our first day we went  rafting the on the Rogue River in Oregon.” 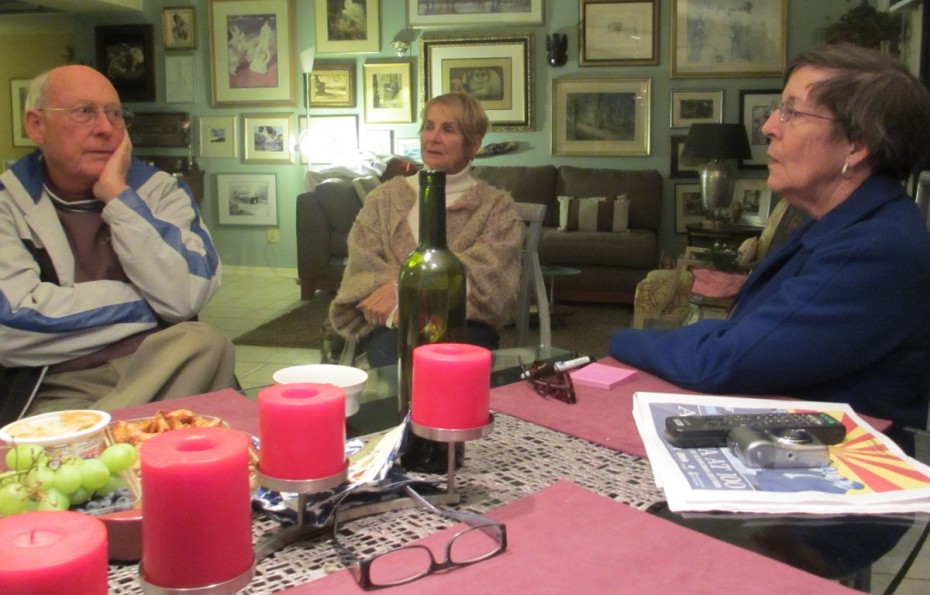 Later in the day, friends Don and Michael Bennet stopped in to say hello. We met about 15 years ago when they lived in Murphys. Don golfed with my husband, and Michael and I belonged to the same quilting guild. Michael still quilts with a group here in Tuscon. It’s one of the things I love about rambling, is the opportunity to catch up with friends and relatives  in distant places. They were introduced by mutual friends. 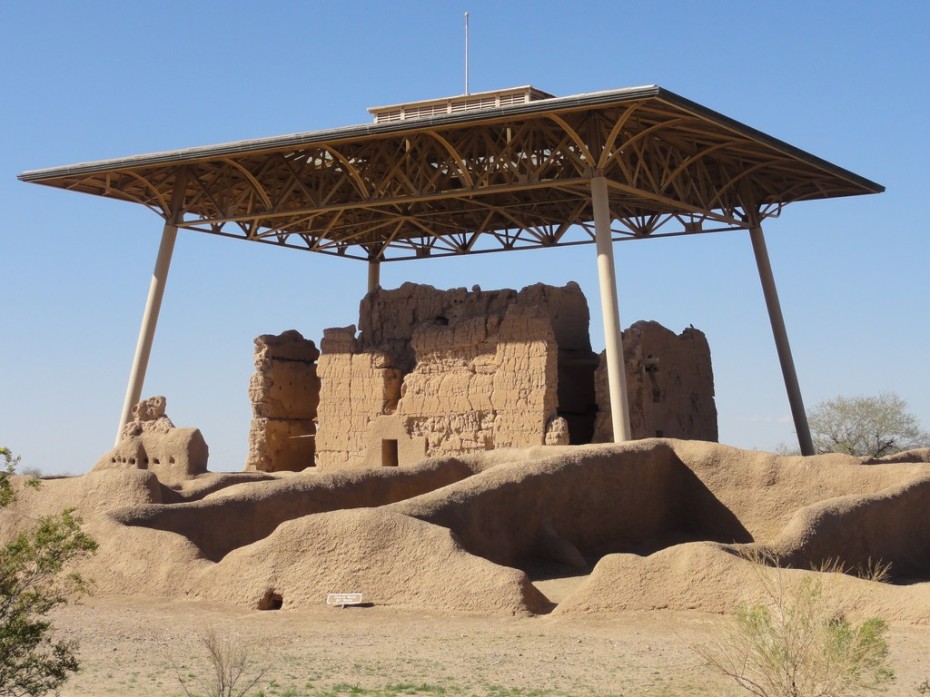 We are staying an extra day here since we had serious signal problems. Jim spent part of the day in Catalina getting a new device from Verizon. I didn’t get to blog our visit to Casa Grande,  the oldest known dwelling and irrigation system in North America. 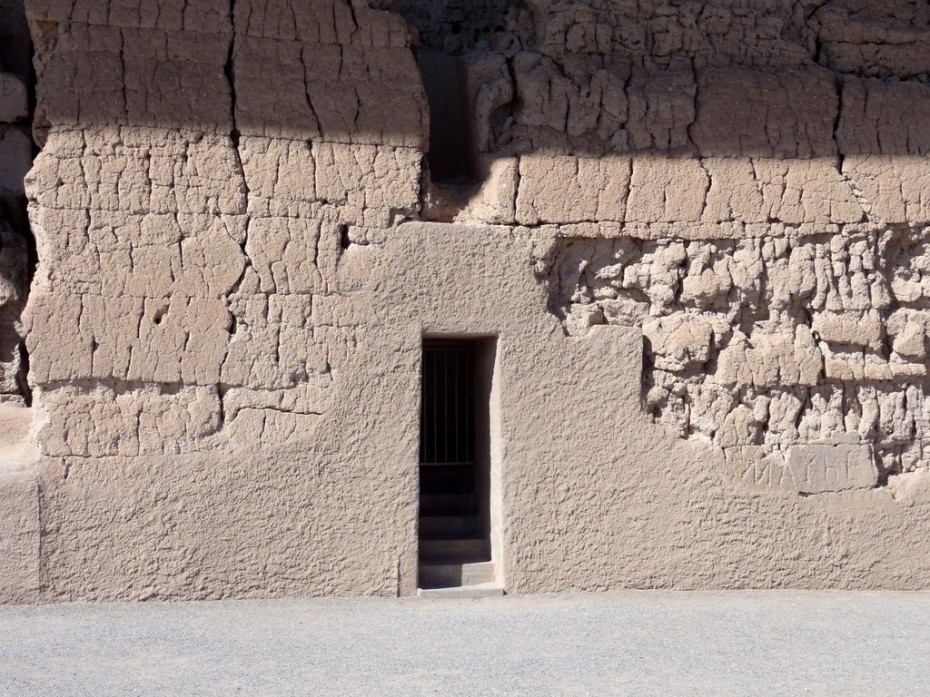 It is quite amazing that this structure still stands.  It is now protected as a National Monument.  About two feet beneath the desert soil is something known as caliche, a natural cement, and the ancient peoples of the Sonoran Desert learned to build with it without any timbers or steel to hold up the walls.  They hauled enough wood out of the mountains to make a roof, that then held saguaro ribs and more caliche, to form a floor. The Casa Grande was at one time a four-story building. 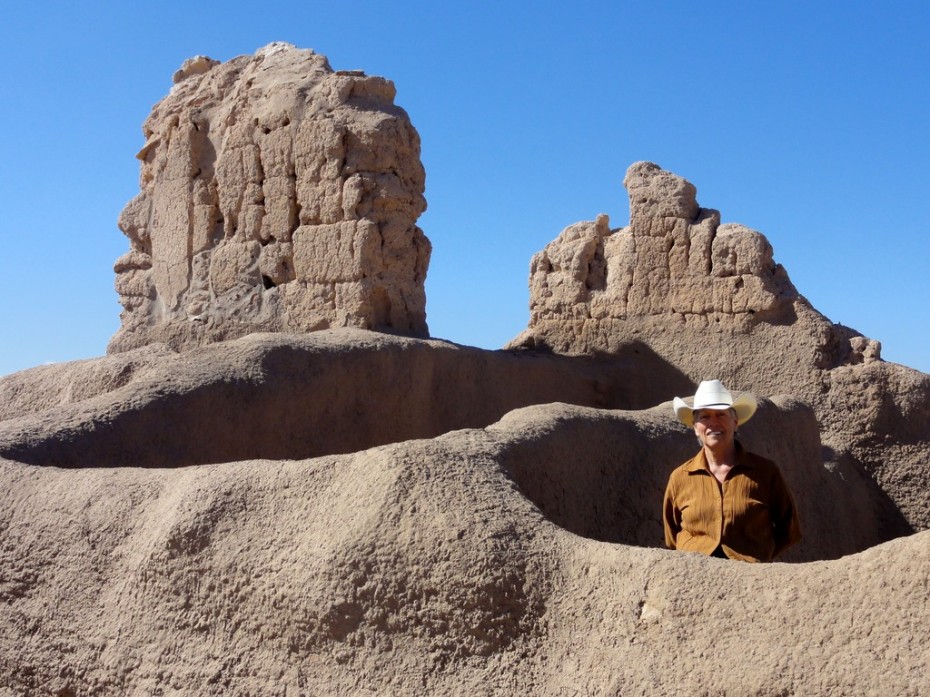 The area held many buildings and a large community of about 5000 people,  dry farmers. They built canals to pull water from the Gila River, 16 miles away. If we were set down in this desert, we’d be dead within a week. They knew to plant a stalk of corn, that served as a support for their beans, with squash at the base to shade the soil from the hot sun. Eventually, the river channel deepened with age, and the canals were higher than the river. It became too difficult to extend the canals farther and farther up river to get water. They abandoned the site about 1450, it is estimated.  If you get near Coolidge, AZ, this is an amazing place to visit.

Yesterday we arrived and parked in front of the home of a friend of Mary’s about 20 miles north of Tucson, Arizona… 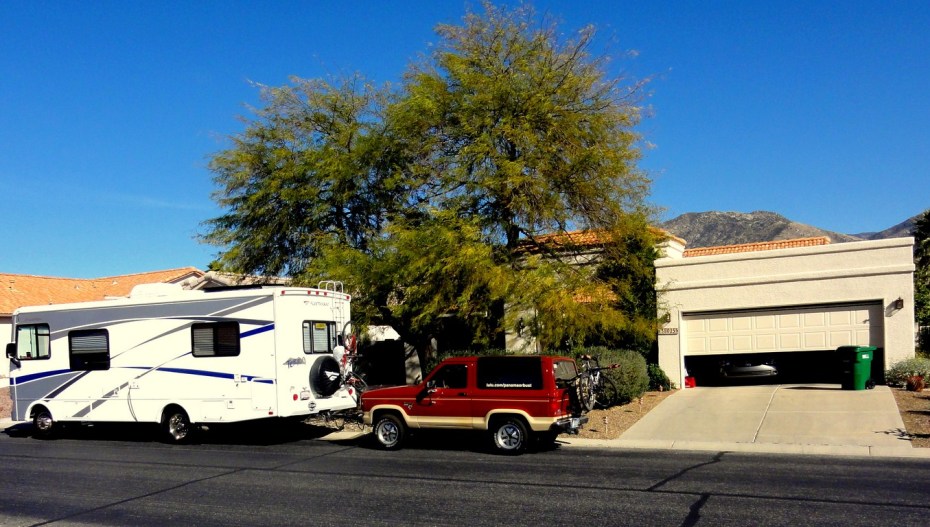 Along the way we went through Coolidge, Arizona and took a ten-mile (one way) detour to go to the Casa Grande Ruins National Monument. Casa Grande in Spanish means Large House. You can read can read all about Casa Grande by clicking these two links…
http://en.wikipedia.org/wiki/Casa_Grande_Ruins_National_Monument
http://www.nps.gov/cagr/historyculture/index.htm

Here are some photos that I took… 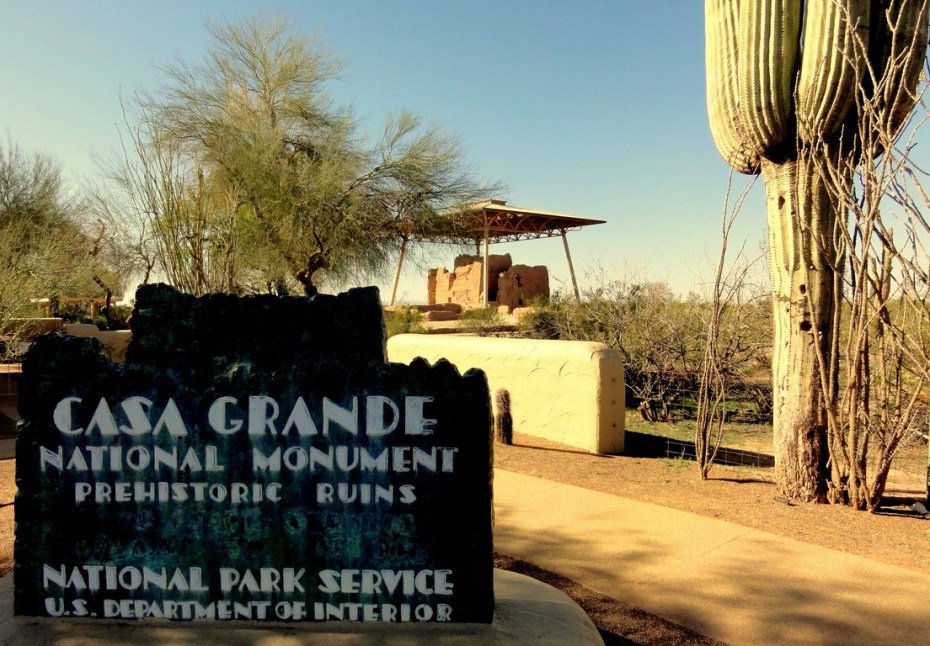 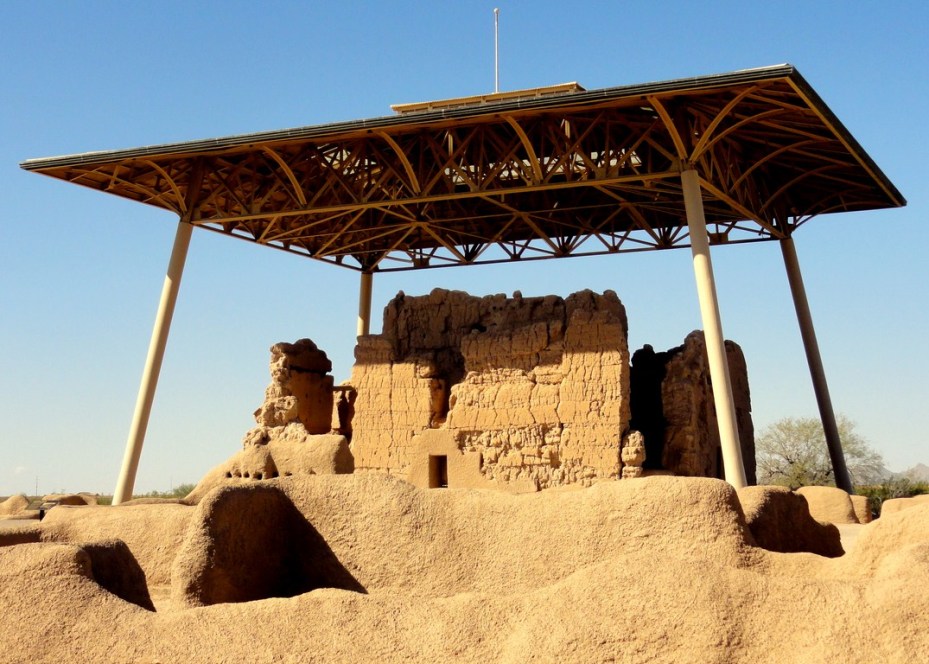 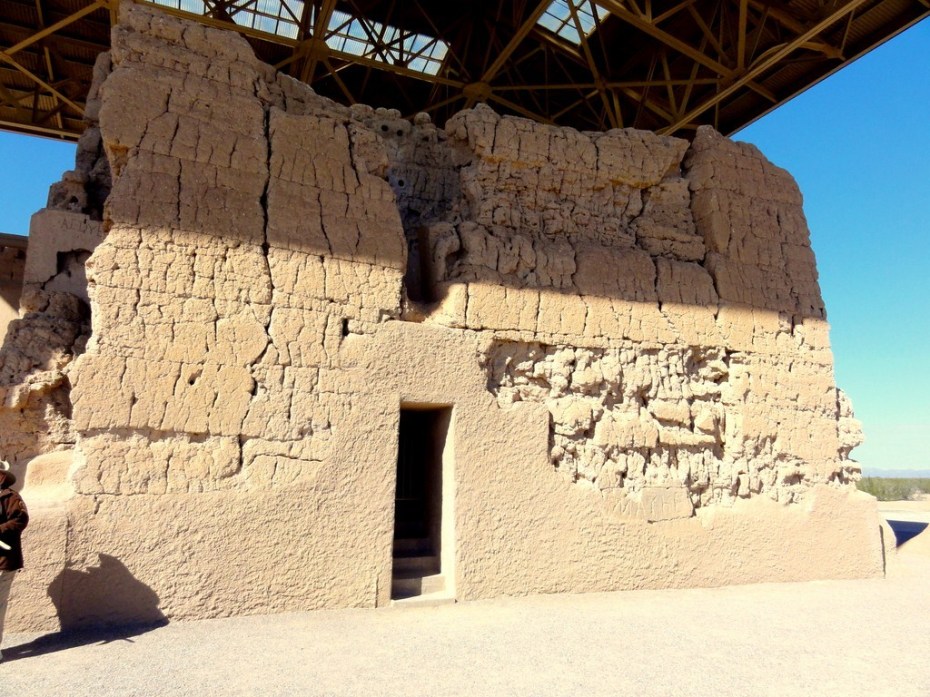 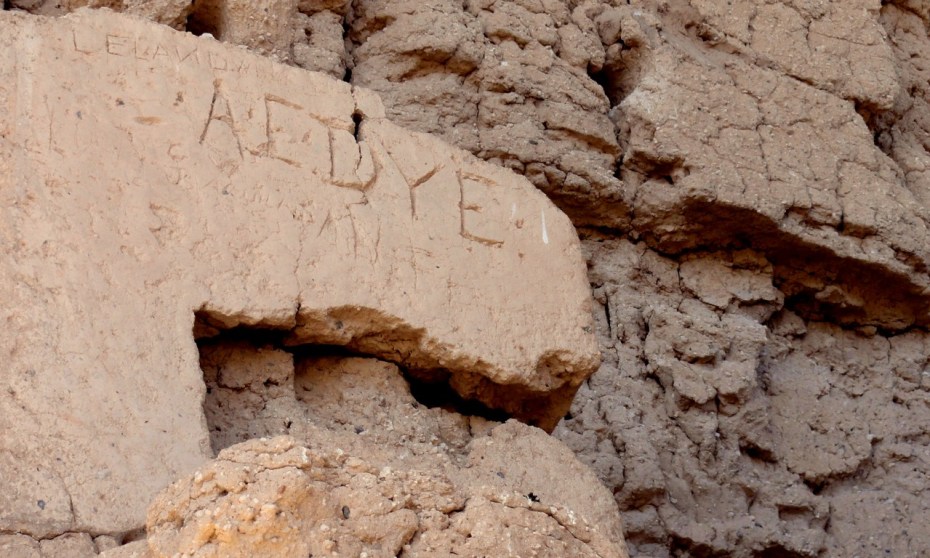 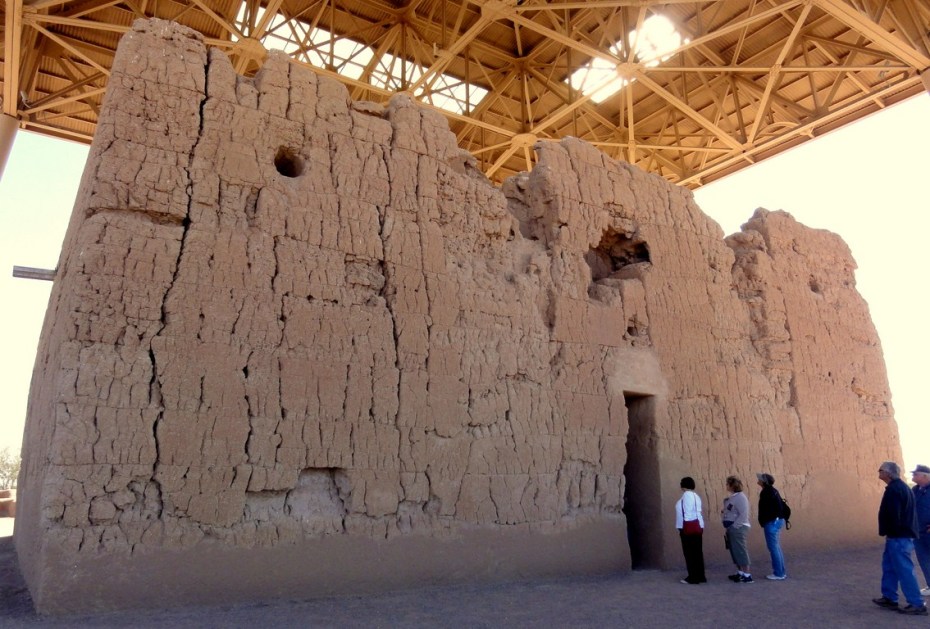 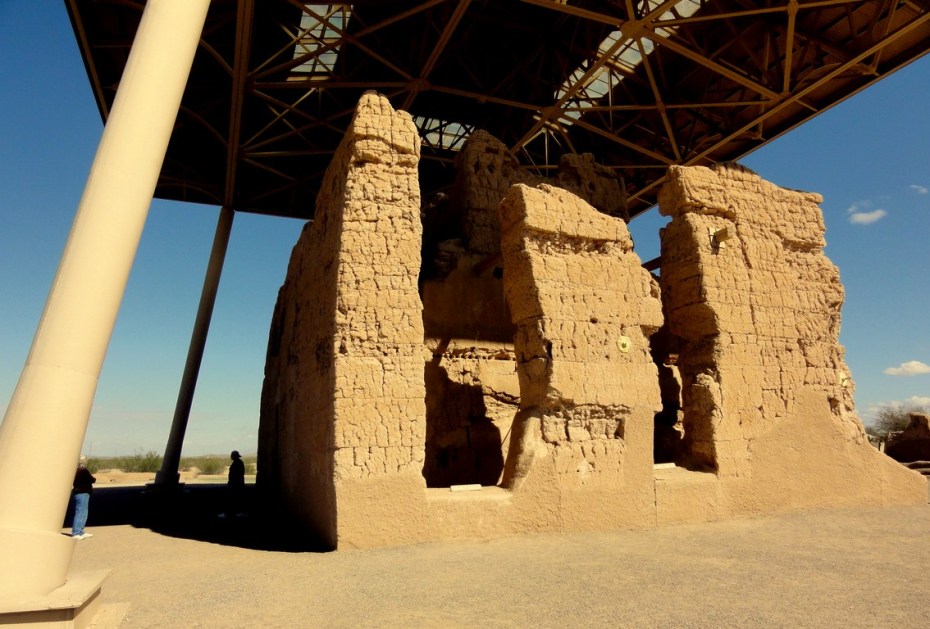 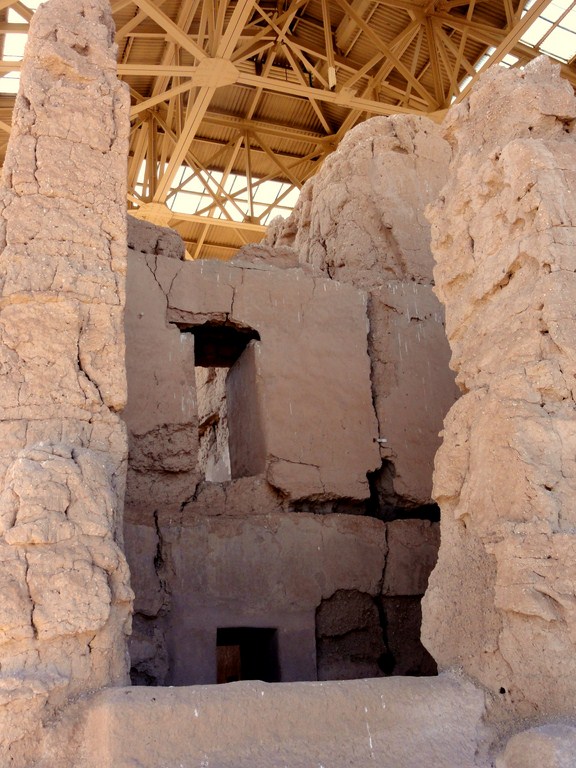 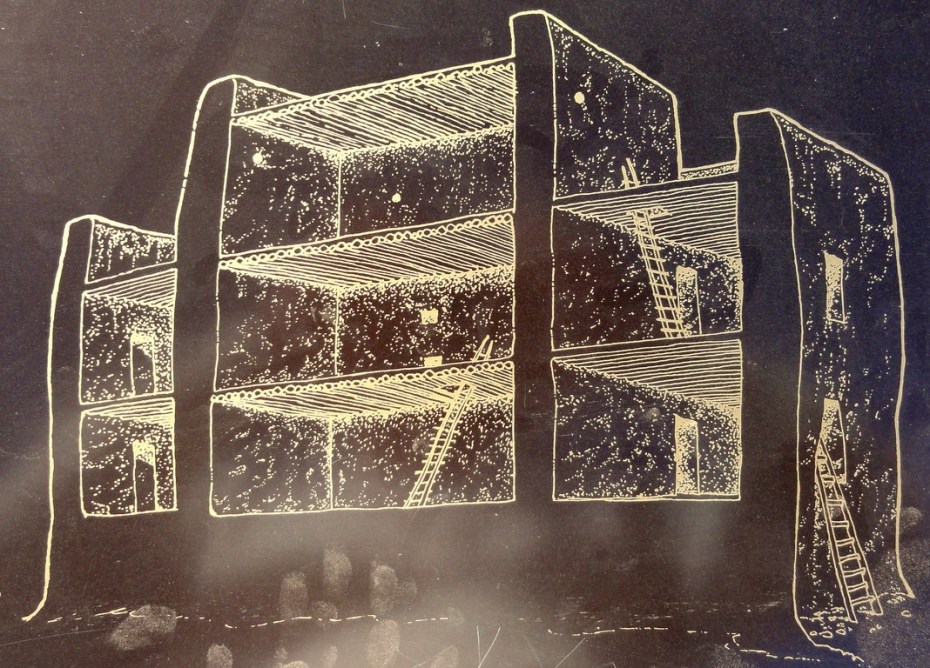 To see the other 20 photos that I took, click this link… 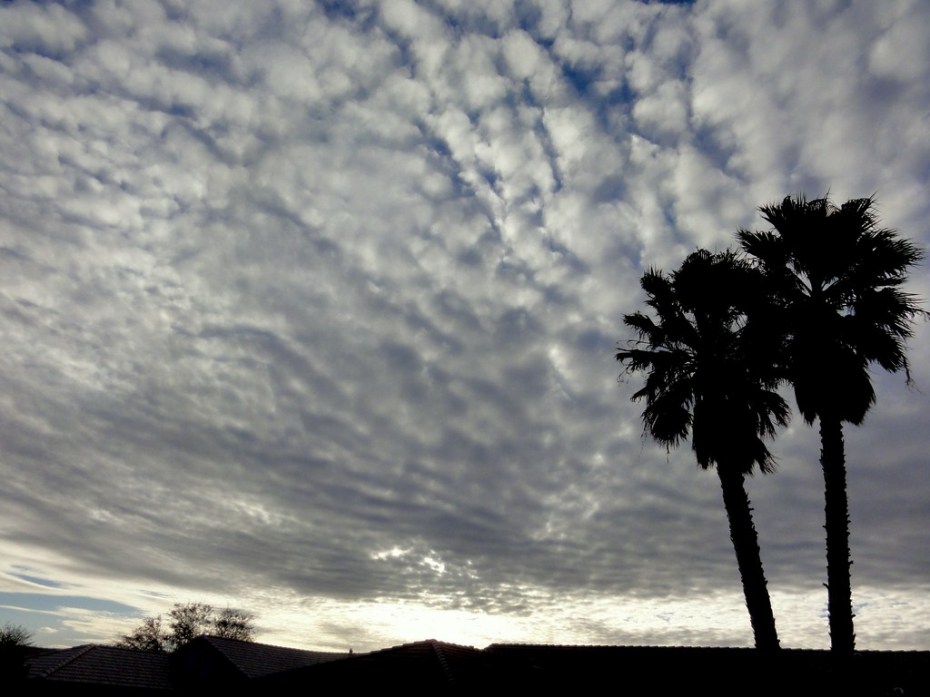 If you are a regular follower of my Blog you know I normally publish about 5:30 AM. Today it’s about 1:30 PM…about seven hours late due to technical problems with my Verizon modem. More about this tomorrow.

And here’s something unusual…as I publishing it’s a cold and cloudy day…41 degrees and snowing!!! 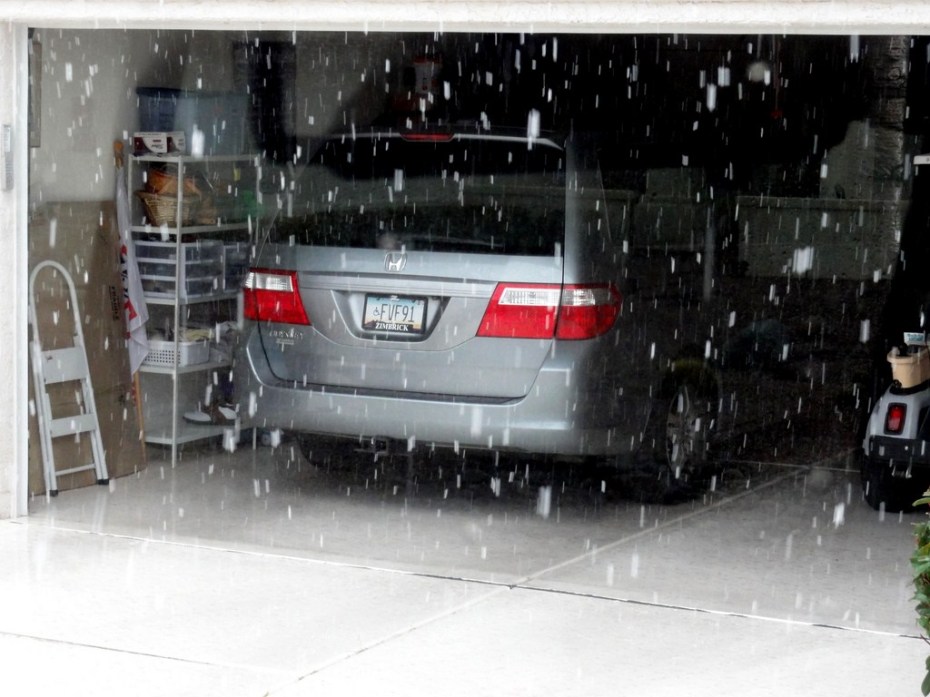 Who needs it? Fortunately it’s a rare happening and hopefully won’t amount too much.