AMERICA FOR THE PEOPLE. 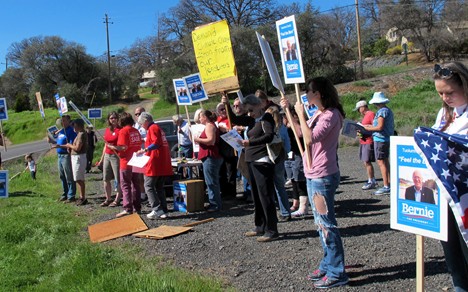 About 35 people showed up at a nationwide rally for Bernie Sanders for President. We gathered in a parking lot in Sonora, and flashed signs at the passing traffic. I’ve sat on the fence between Hillary, Trump and Bernie.  Hillary has worked hard in public service most of her life and has done wonderful things for others. But, she has wrapped herself in the arm of an unpopular, disappointing  president. Then, after promising she would not take super-pac money against her own party, she has. Not only wall street money but Monsanto, the GMO giant who spends billions to prevent states from labeling where our food comes from and whether it is genetically modified or not. That did it for me. Establishment politics, the failed machine that is inducing companies to go off shore, avoid taxes and take away good jobs from Americans?  Trump and Sanders are the only two candidates mandating change away from the establishment. 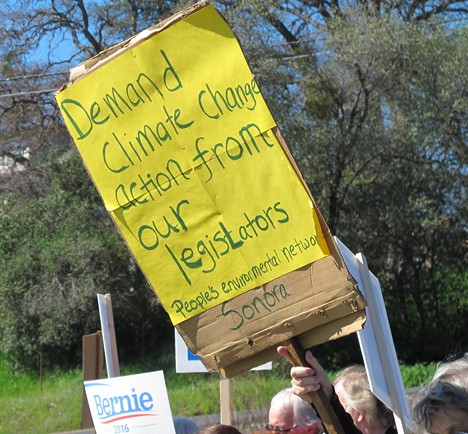 Trump says nothing and Sanders very little about climate change while massive extinctions and weather change are playing havoc with our planet. For the sake of our children and grandchildren, we on the ground, must shed the ingrained deniers, people who refuse to acknowledge science. We must shed a do nothing congress, promoting government shutdowns and working lock-step for their party instead the people. If a working person refuses to do his job, he gets fired. How dare Mitch McConnell state he will not even have a hearing on an appointee suggested by a sitting President, whether he is liked or not?

Trump and Sanders represent desperately needed change. Can they get us out of gridlock? I don’t know. 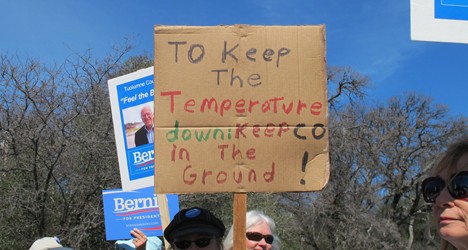 Environmental issues are foremost in the minds of others I met. Keep coal, fossil fuels in the ground. Support wind and solar. I talked with a bee keeper who lives in a pristine area where his bees are turning his garden and orchard into super  production, in a time when Monstanto and Bayer Chemicals are causing colony collapse across the nation. I’m hoping for a candidate that will make sure the laws we already have on the books are obeyed, like those from the EPA and the FDA and the Forest Service; sidestepping regulations when we are literally in danger of earthshaking consequences of fracking, contaminated water, shortages of clean water, decimating natural habitats for profit over nature. We and our institutions are under attack and they are ignoring our laws. How dare they get away with that stuff? They do it by under funding the organizations we depend on. 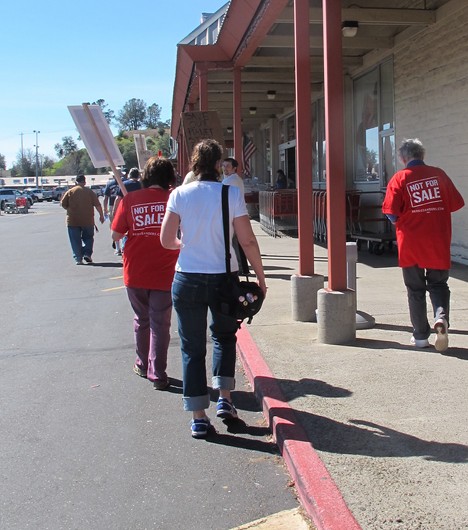 The group marched along the highway, and into a shopping center. One man was so angry, I thought he was going to attack us. He called us Communists and Socialists. Bernie is an unapologetic Socialist. The angry man wouldn’t talk rationally with us, like is he on Social Security? Does he use Medicare? Has he ridden on a train or does he drive on our socialistic roads? Has he used water from behind a dam? Come on. We all benefit from shared expenditures. Socialist countries like Sweden and Denmark, and Canada and France and many programs in Great Britain have provided a good quality of life.  Big Pharma will tell you socialized medicine is about waiting in lines for poor quality medical care.  Biased they are. They don’t mention the wonderful government sponsored childcare and education. Roosevelt made sweeping changes that saved people with socialistic programs that corporate America has tried to dismantle ever since. Are we better off? Not hardly when it takes two or three income sources for middle class people to keep the wolf from the door. Not when people with college educations are slinging hash. 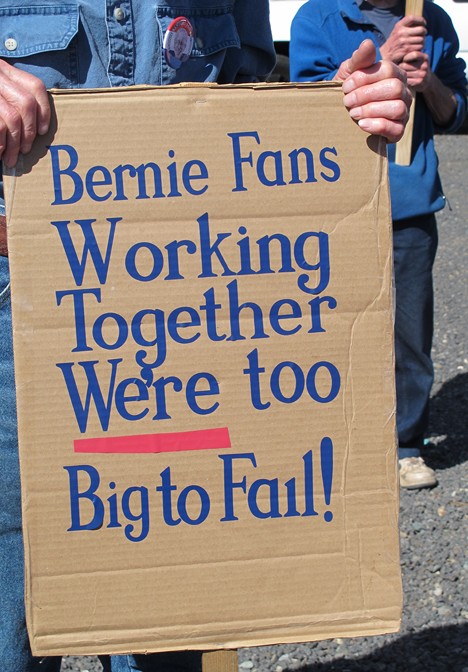 Bernie is against the consolidation of big banks, and the notion that Wall Street’s obligation is to make obscene amounts of money while working people are struggling to feed their kids. The system is out of whack. Trump feels the business model is the best way to run a country. Trump makes statements about laws he is going to pass that aren’t practical like building a bigger wall. A bigger wall isn’t going to stop the drug cartels who have already moved across the border. Nor stop people from entering the country unless you fence the entire country and put a net over the airspace. He also bothers me because he makes statements and then denies he made them. Even so, Rubio in five yeas has produced ZERO bills and his absenteeism is compared to Finestein who is 82 and Kirk who has had a stroke.  Cruz is more concerned with moral issues than the planet. He pays lip service when to solving problems for working people. I’d run with Trump over them and figure he’d be smart enough to figure it out. 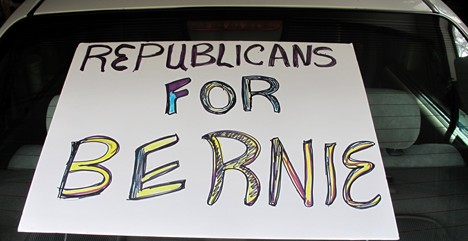 Suffice it to say, there is no perfect candidate. If there is, I haven’t heard about him or her. So, for the time being, I’m hanging in with Bernie. 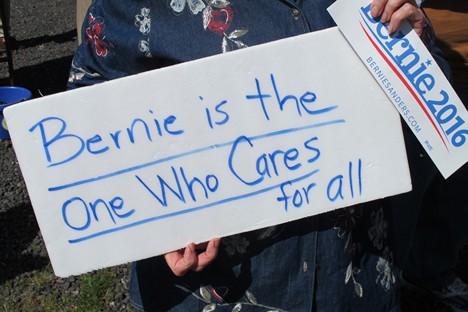 I believe this is true. He really does care for all.