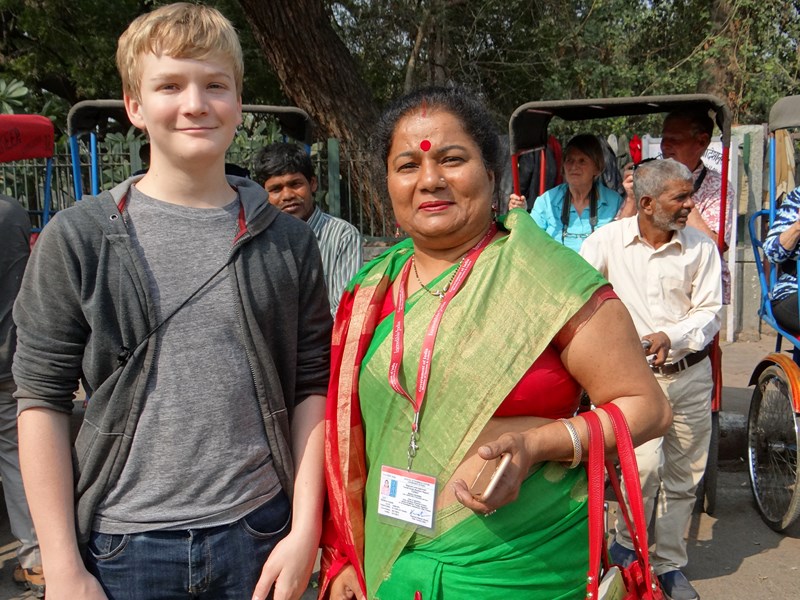 Dehli is the capitol city of India, a diverse, swarming polyglot of people, vehicles, shops and sights. I traveled with my Grandson Theo, who posed with our Dehli City Guide, Manju, as we loaded into bicycle rickshaws at Chandin Chowk Market.

Here members of our group load in with a pre-arranged group of rickshaw drivers. Otherwise we’d be besieged by any driver trying to pick up a customer. The rules are, traffic is heavy, the driver may make a sudden stop. Brace your feet and hold on tight.

As we begin, it is a bit disconcerting because our driver is going against the flow of traffic. Doesn’t it matter what side of the street you drive on?

We are soon in the midst of the traffic and we are astonished at how varied and interesting the traffic is. Cars, along with trucks and people walking, motors, and tuk tuks, the green and yellow motors that serve as cabs are mixed together in what seems an impossible ability to get anywhere.

Vendors walk among the traffic selling goods if they can.

This is just business, nothing unusual.

Traffic is slow. No one gets hurt and at some point you realize that driving a car might just be impractical.

These school boys, you know by their uniforms, are not the least bit upset by being crowded into a rickshaw and holding on to the outside. 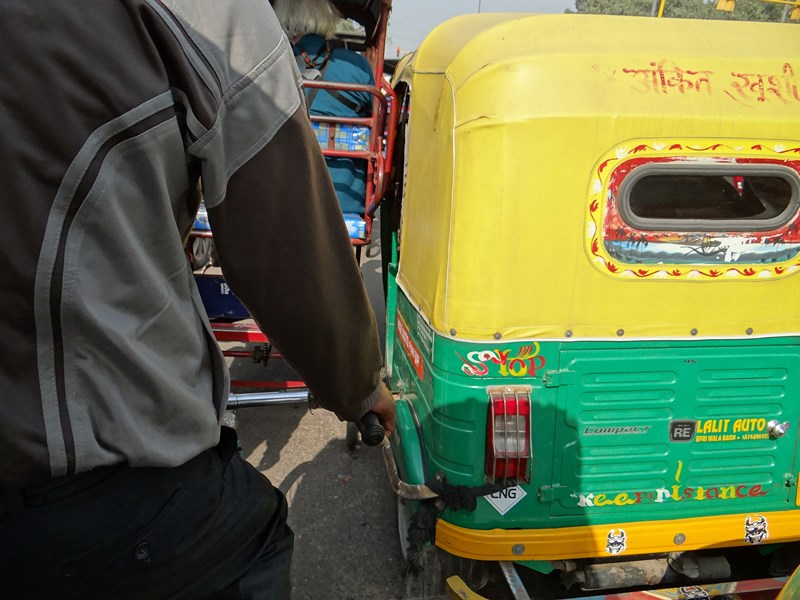 There are times the rickshaw is practically touching a tuk tuk and at one point a car was calling up to our driver,  indicating he wanted him to watch out for his side mirror which he was covering with his hand to avoid a miner collision.

At an intersection we see one of those famous “loads” you see in pictures on the internet. People here work very hard and they carry impossible loads.

We are getting closer to our destination but traffic never let’s up. 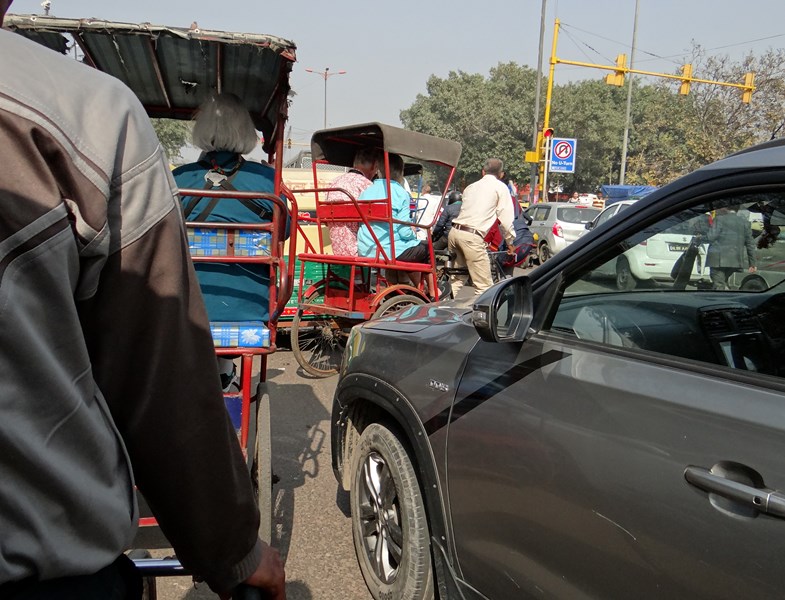 The rickshaws take us to Jama Masjid, the biggest temple in India where 25,000 people can worship in their square. We will return by bus. More Tomorrow.