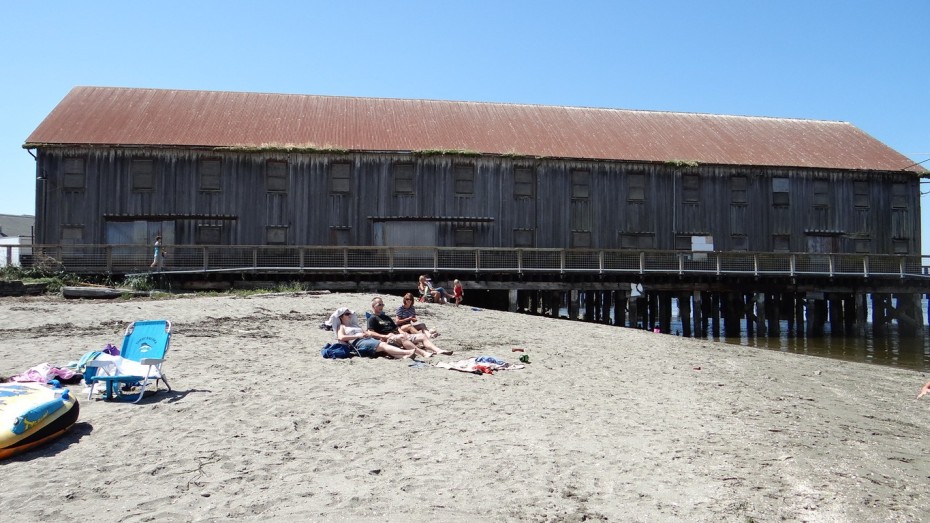 On Saturday, we visited the Semiahmoo Cannery on Tongue Point. To do justice to this picture of the old building, click on it twice to enlarge it. It was once the largest salmon cannery in the world. 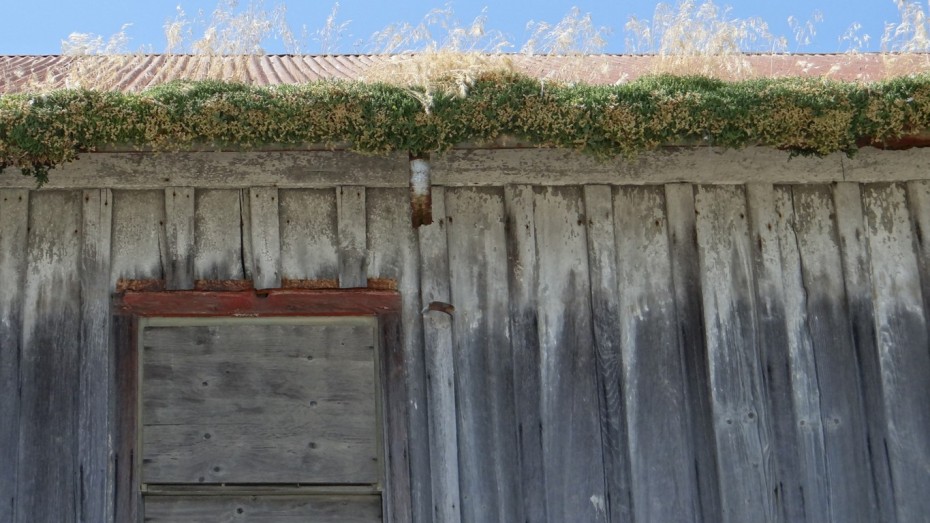 The old building has a lot of character.

Character that will be its demise someday, as it stands slowly rotting away. I expect the money to restore a building like this is scarce or non-existent.

In that cove a ferry dock takes people across the channel to White Rock British Columbia or to Blaine which is just around the point. I want to kayak while I’m here, but Jim isn’t interested. One rental outfit works off the point. I talked to a family that kayaked to a spot on the U.S. side where they were entranced by a colony of seals with new little pups. 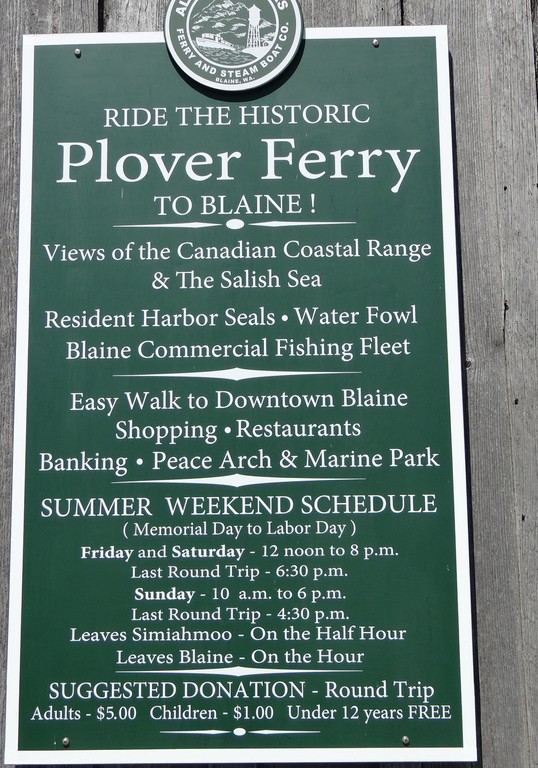 Another tourist attraction on the point is the Plover Ferry.

The wide paved bike/pedestrian trail that leads to the point, we learn, is part of the historic Pacific Coast Millennium Trail. What an appealing area to visit.

Another tourist attraction is the old pirate ships. Two of them entertain by having a battle at sea. We didn’t ride it, but we heard the gunfire as the two ships engaged. 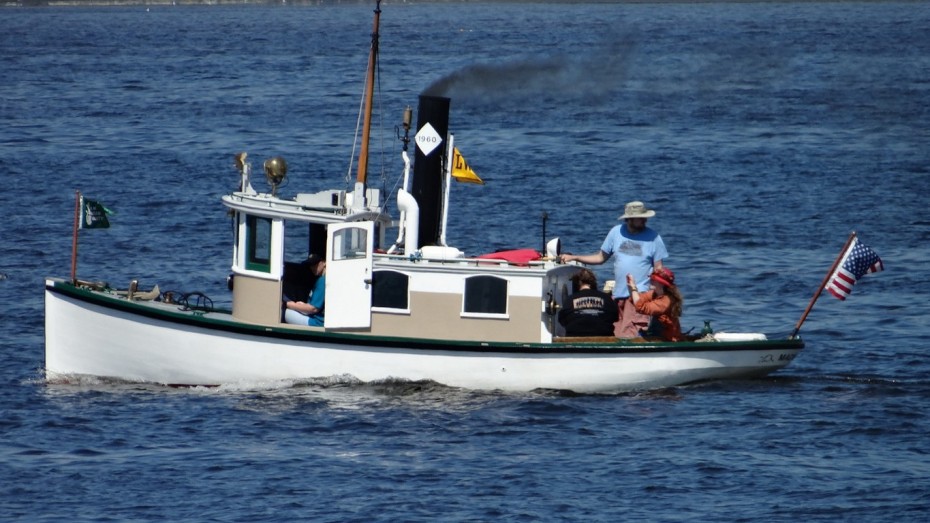 Plenty of other boat rides are available to anyone wanting a ride on the Salish Sea. 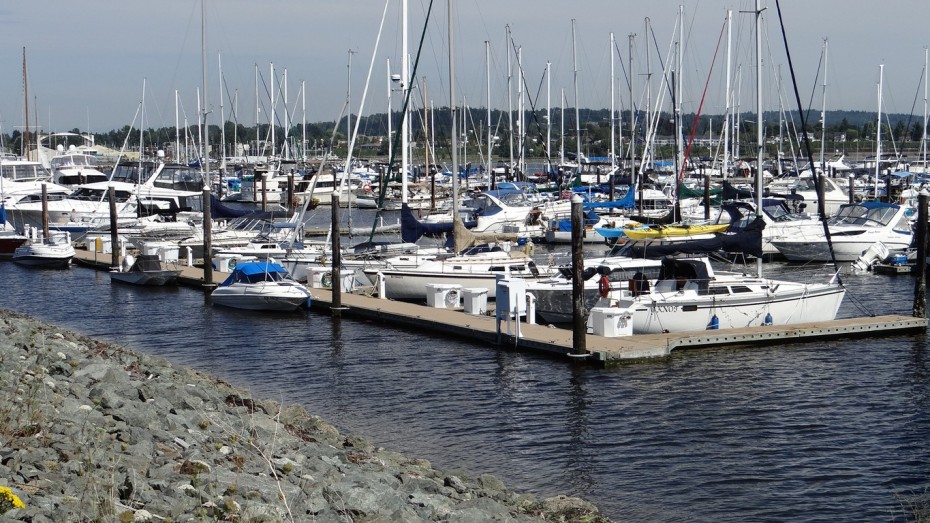 We drove to the modern Semiahmoo Marina, very pretty, with  restaurants and related businesses about.

I liked the name of this guy’s boat.

But, the barnacle clad, old rotting piers at the cannery were much more interesting. 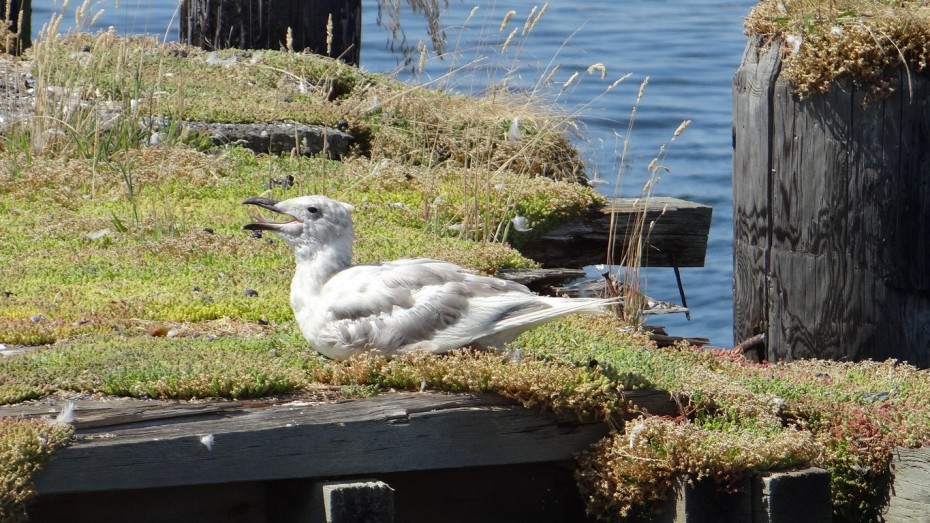 This mossy growth is everywhere on the old pilings. I swear, in the wake of even the smallest boats, the pier rocks back and forth as though they aren’t attached at the bottom. A bit disconcerting. But the gulls love it.