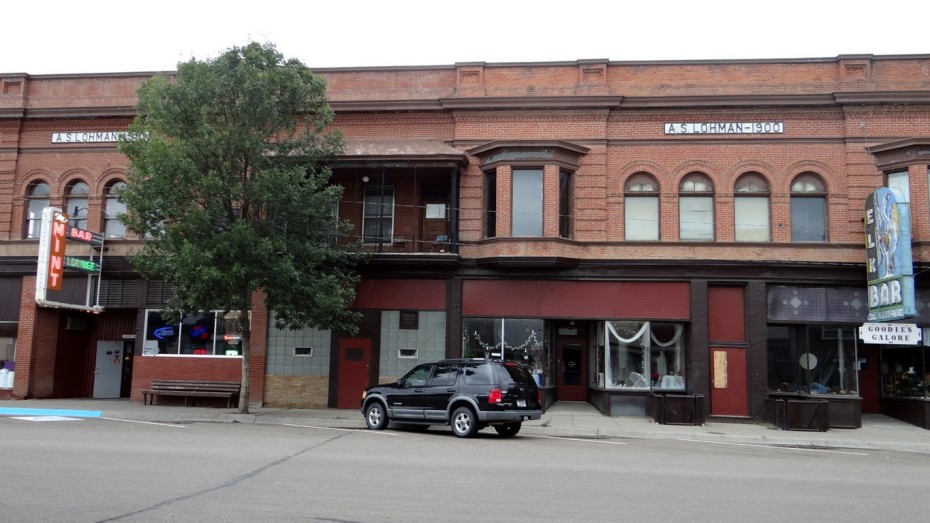 Jim looks on Google Earth and tries to decide where we will park for the night. He chose Chinook, MT. because it had  potential places to park and the Blaine County Museum, for something to do. On the way in, we passed the Lohman building with two bars that have big neon signs. I walked to Finley’s Grocery store for milk, but I knew there had to be a story here.

The Mint was open. The friendly bartender there told me the bar opened in 1911, closed briefly during prohibition and became a dress shop. It reopened after prohibition as a bar and has been one ever since. The front part of the bar was divided, with a barber shop open to the street at one time. The barber fixed a light to his door. He sat at the bar and when the light flashed on, he knew he had a customer and would dash out and take care of his customer.  (Hmm. I wonder how sober he was by the end of the day.)

She also told me that a movie scene was filmed in the bar, in the alley behind the bar,  and places around town. After a book of the same name, the movie is  Blood In Winter, based on Native American James Welsh’s life in Montana. The book is available on Amazon, she told me.

Then, she turned on the Neon sign for me to take a picture.

The Elk Bar was closed, but I shot their sign and learned later, from Jude Shepherd, the Curator of the Blaine Co. Museum, that the business was sold and the new owner took the sign to another location.The townspeople were incensed and raised enough money to buy it back, and now they own it and here, by God, it stays!! 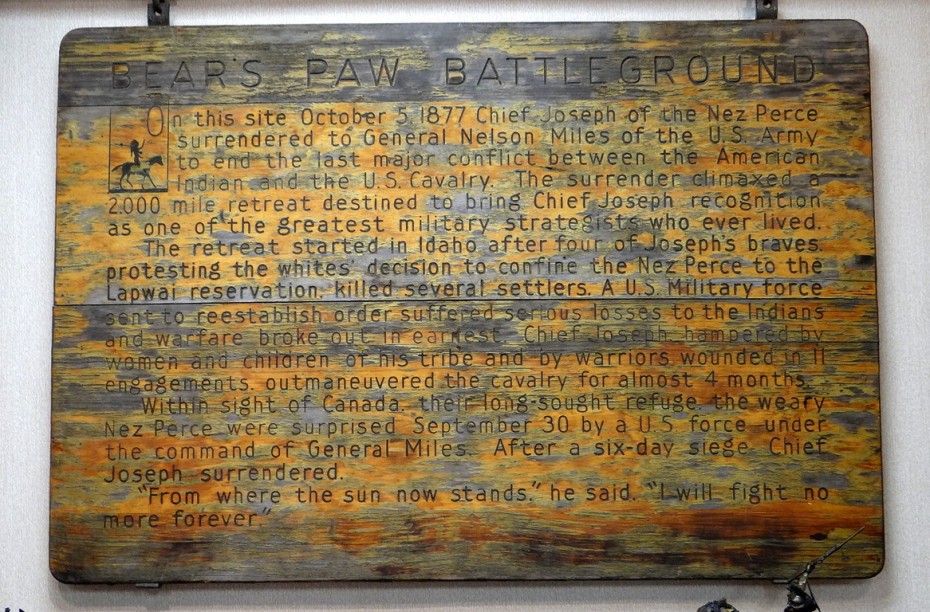 At the museum, is the poignant story of the Bears Paw Battle.  Chief Joseph’s four-month run for safety is named the “Forty Miles From Freedom”. He staved off the United States Calvary on the run with women and children for 4 months and was only 40 miles from the Canadian border and freedom when they were finally cornered and nearly annihilated.   East of Chinook is the Bears Paw Battle State Park. Chief Josephs path took them just a few miles south of Chinook in Blaine County. The museum has a beautiful mural by Lorenzo Ghiglieri, several  bronzes, and a film about the battle and some artifacts, mostly bullets.

Chief Joseph and other tribal members wanted to live in peace, but they were savaged and their treaties were disregarded. When he surrendered he said, “I will fight no more forever.”

Homesteading on the Montana Plains was hard. This family of 15 lived in a renovated chicken coup because it was bigger than their house.

Life could be lonely, remote. Long winters and cold. This is a one room school-house. 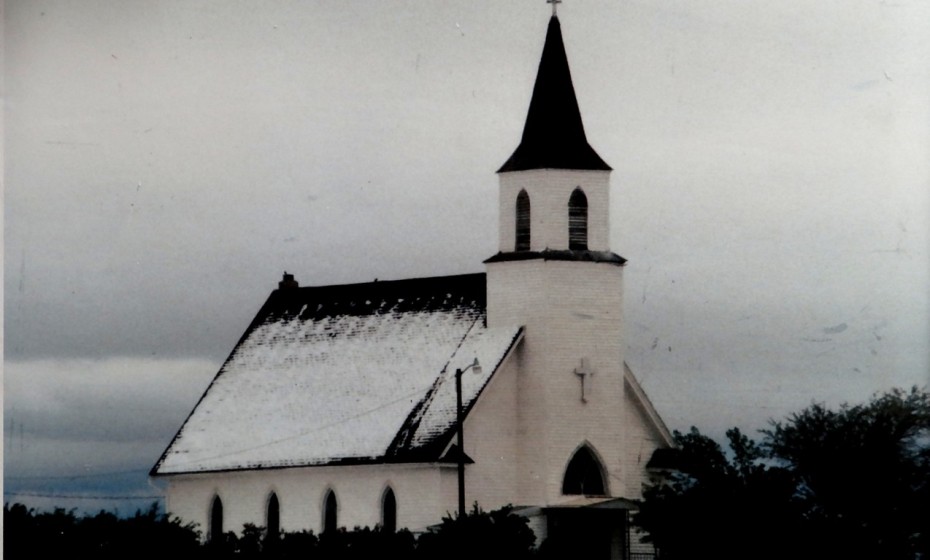 Churches here seemed to spring up on the plains in the middle of nowhere. 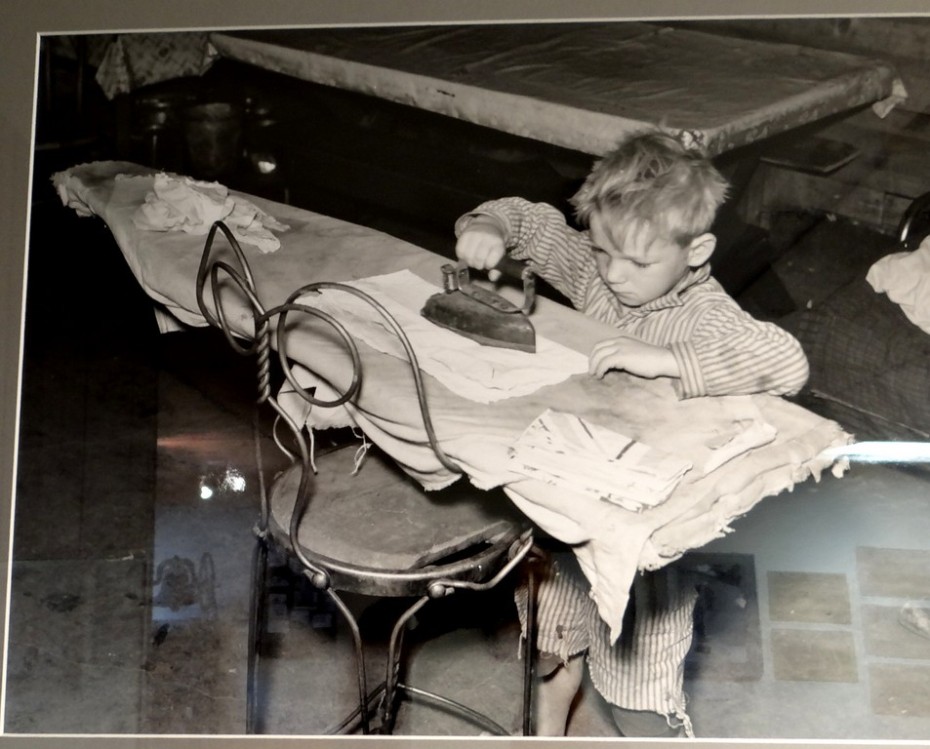 Children had to pitch in and help with the endless family chores. 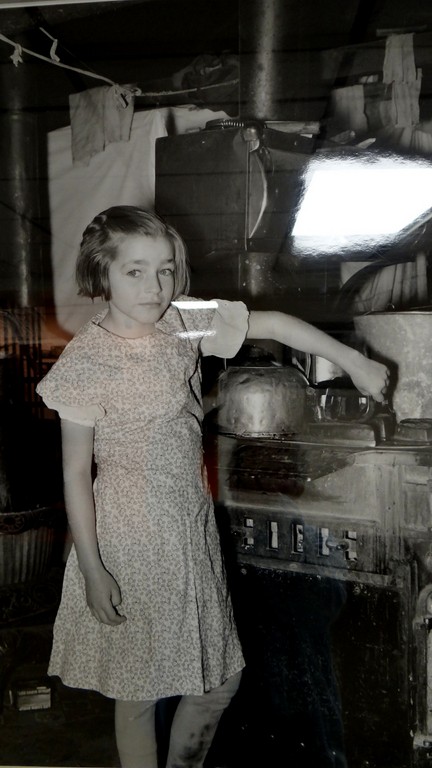 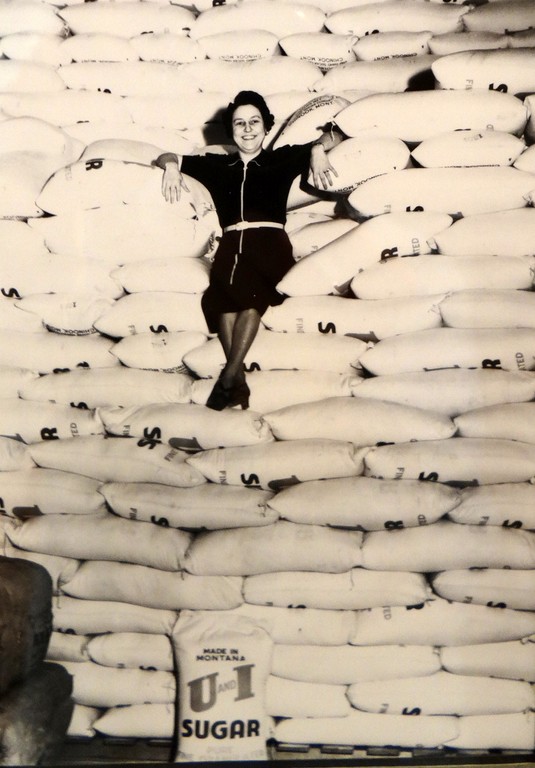 Sugar was King then.

The diseases the doctor treated in the old days reminds us of how lucky we are. 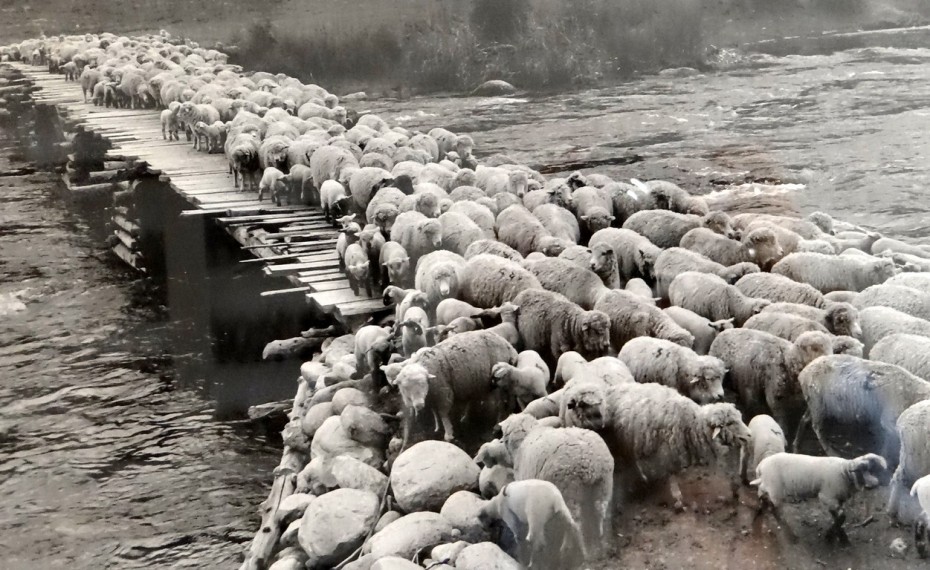 Sheep were also a big part of the economy.

Among items I’ve never seen before was this sheepherder’s tin dog. I asked Jude how it worked. She explained that sheep are easily frightened. And if the dog wasn’t near by, the herder would shake the cans filled with rocks at them, and throw it in their midst and they’d get moving.

Another item I’d never seen before is a clothes fork. It didn’t take me long to remember how it was used.  My mother never had a clothes fork, but she used a straight wooden stick to the same purpose. To pull sheets out of the boiling hot water and transfer them to a cold rinse tub. Oh, my. 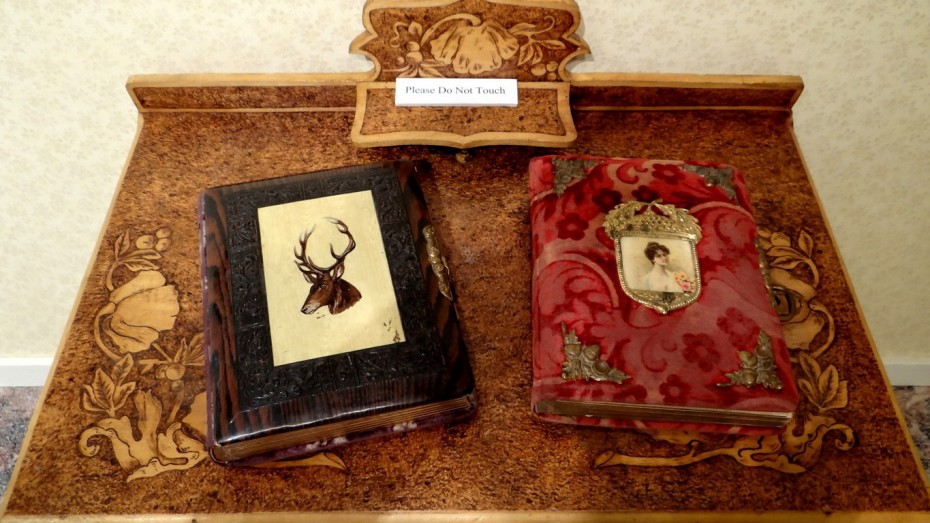 I loved this decorated desk from a photography studio.

And, the matching chair.  How sweet is that!

From that photo studio came this wedding picture, under glass. The glare was such I couldn’t get them both, but I thought his hairstyle was worth working to capture. Wow! I’d marry him in a New York minute. Blaine County has a wonderful museum, Chinook is right on Highway 2. Great place.  Jude took me to another museum in town that is very special. I’ll get to that tomorrow.