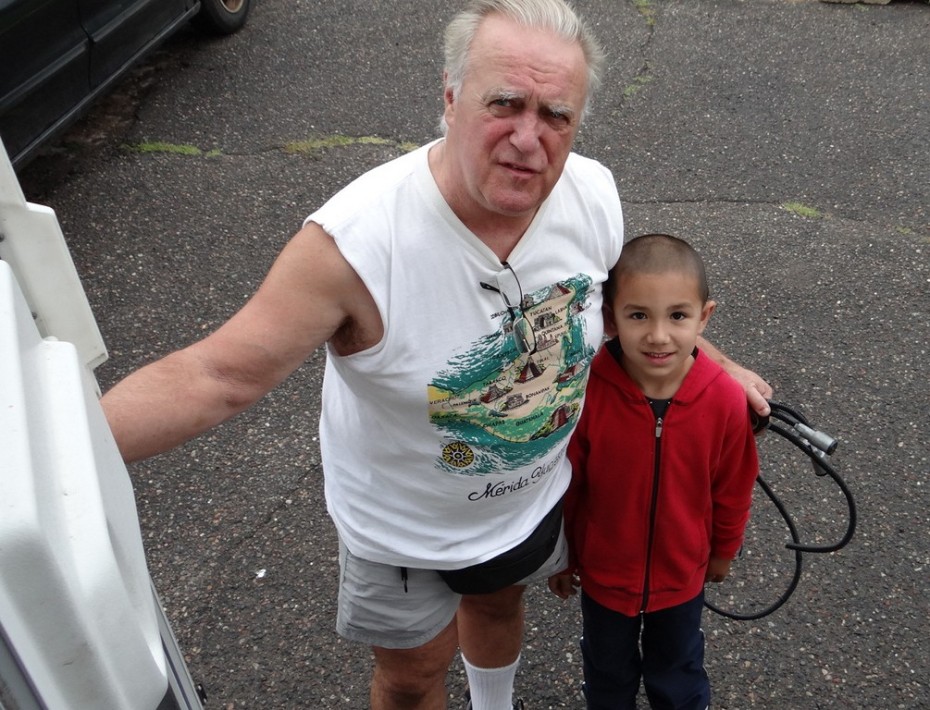 Alexander, son of Tony, who dispatched our electrical problems by 9:00 was curious about the motor home. He’d never seen one. I gave him a tour. He helped Jim wrap the umbilical cord with electrical tape and when Jim paid the bill, he “paid” Alexander $5 for his help. Father Tony had him autograph the bill and hang it on the wall of the station where Tony had the first $5 bill he earned hanging on the wall. The fix was done just before raindrops started.

We drove to the corner of Laurance St. and Riverview Dr. where my Aunt and later my grandma, owned this small store. The family lived behind the curtain you can see at the back of the picture. When the bell on the door rang, someone would step out and wait on a customer. Traditionally, I spent summers here with my cousins Darlene and Judy. My cousin Gary would be traded to my family on the farm where he enjoyed summers with my brothers, Bill, Norman and Dan. I loved my time here because Darlene took piano lessons and I learned to play elementary tunes. The delivery person who filled the gum ball machine would hand us a small bag of gumballs and charms when he filled the machine. I thought it was magical to just go into the store and grab a can of beans or a jar of mayo when you needed it.

The store was no longer there, but across from the store was the Constantino families house. We spent many an afternoon with them and I attended a chivaree for the one of the daughter’s when she got married. The fun and food and drink went on until late into the night.  Next to  their house on the left was a path to the river where we could swim.  Those summers were special. 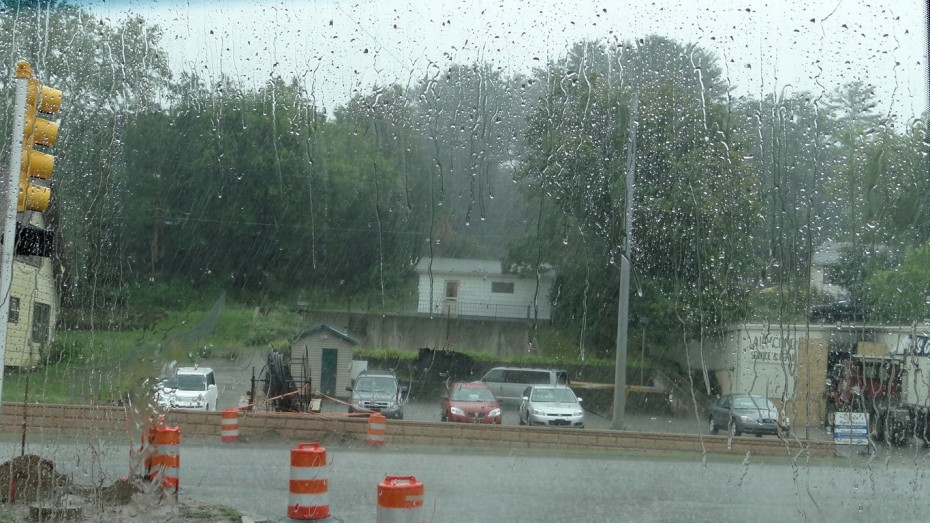 The rain increased. A heavy deluge made for slow driving all the way to the town of Sagola,

I have no memories of the town of Sagola.  My mother had an aunt who lived here and worked as a mid-wife at the Sagola Maternity Home. She always talked about how beautiful it was. It served people in surrounding communities including Hardwood 25 miles distant. I believe my parents lived here for a short time. We pulled up to Grace Presbyterian Church and decided to have lunch and look around. The church carillon played  music to mark the hour and we enjoyed the concert along with our lunch.

A former school building has been converted to a Community Center.

We were charmed. The town is only two  blocks wide and two blocks deep, with a post office, and an auction house. A gas station and quick mart on the highway serves as the only store.

At this auction house, which started out in the late 1800’s as a school and then was converted to a church and is now filled with antiques and flea market stuff, a gentleman told us where the maternity house had been located and informed us that it was torn down last year. He explained that it was a huge old mansion owned by a doctor and his wife who turned it into a maternity house. He described its beauty, the gorgeous wood staircase and chandeliers and fireplaces in each room. The history and pictures were available in the Community Center. Jenny has the keys.

We took some pictures around the old-fashioned neighborhood and waited for Jenny. 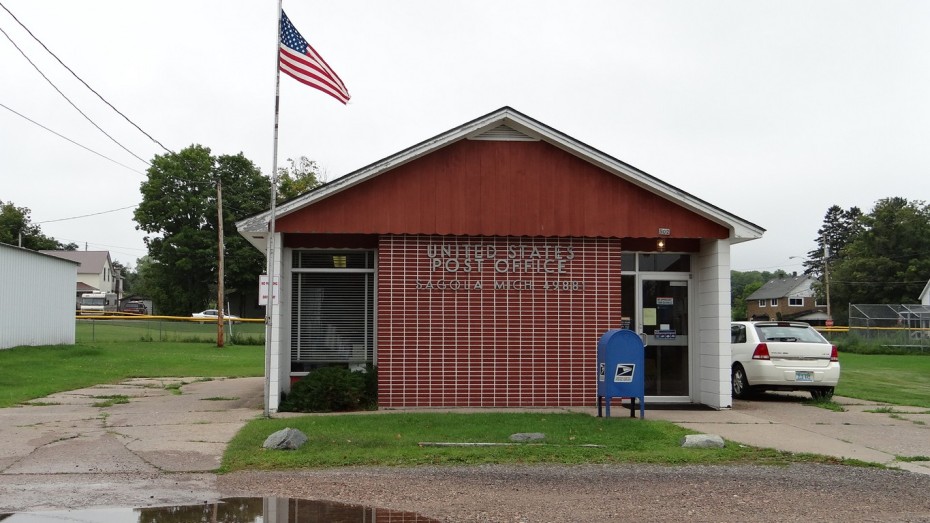 The town is small but the post office serves area farmers as well as the town.

At one time, there were three mills working in the area. While we waited for Jenny to open up the community center, we saw loads and loads of cedar post leaving the area.

When Jenny arrived, she opened up, turned on the lights and said, “Turn out the lights and lock the door when you leave.”  Now, that is what I call country hospitality. No pictures of the Maternity Home. The history book of the area is all sold out. We moved on to Iron River for the night. Hot and steamy. Can’t wait to find drier, cooler weather. (My place in Murphys is fogged with smoke from the nearby Rim Fire so I shouldn’t complain.)