Normally, I blog every day.  However, I flew home for a family reunion that I host every year.  After a great deal of preparation to entertain, feed and coordinate a three-day event that peaked at 58 people on Saturday July 7th, I can truthfully say I meant to blog . Instead,  I  enjoyed the whole chaotic experience; the  bedlam, cooking, eating, visiting, drinking, snacking, games. The skinned knees, overtired kids, frisbees knocking over your beer, getting squirted by the errant squirt gun. We laughed at  the child who fell asleep while eating and the treasures placed on the totem.   There were swim suits and towels drying on every railing and chair; errant socks and shirts in every room and on the ground.  Whose shoes are these?  Tiptoeing around rooms full of sleeping people on the floor, in the closet  and on makeshift beds;   Listening to the  clanging of horseshoes;  the late night laughter during card games;  watching the  breakneck dancing by lantern  light; thinking I might get some sleep tonight. Blogging was out of the question. In fact, I couldn’t even  concentrate on taking pictures, I handed the camera off and asked others to do it for me.  Here are a few photos they took: 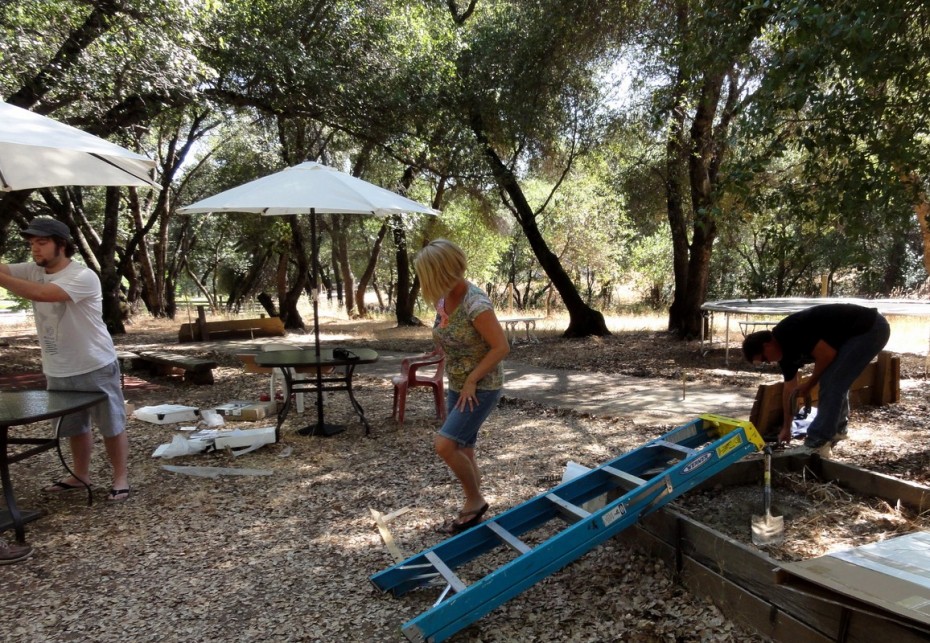 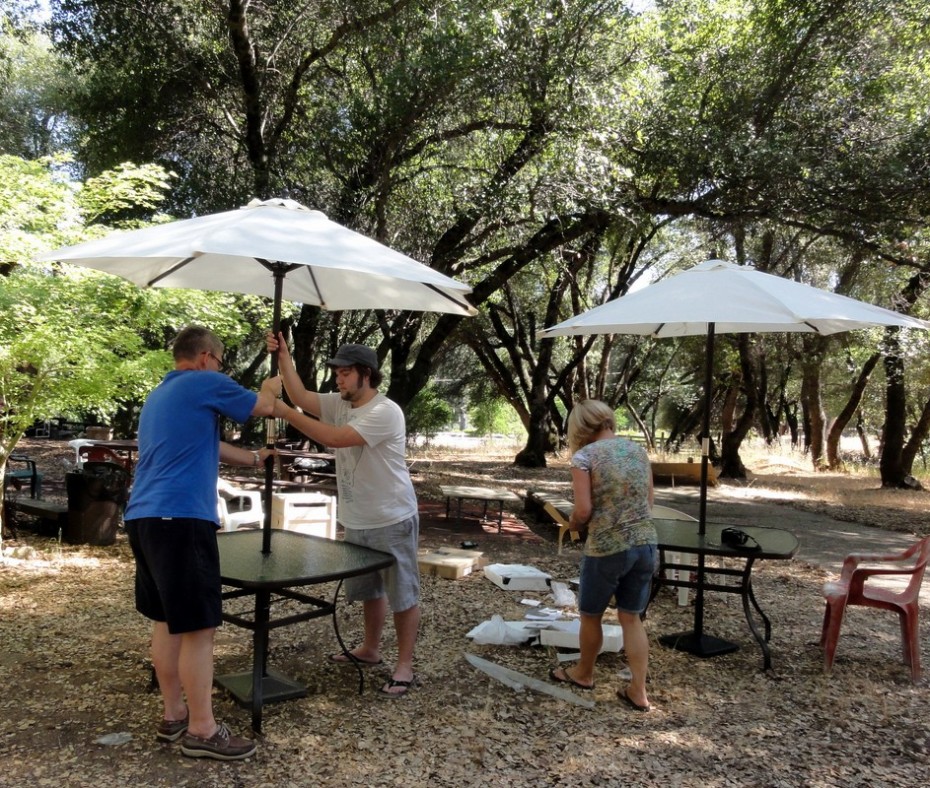 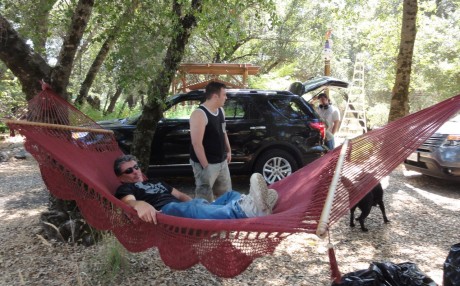 Then a bit of kickback time.

That first night, the guys played horseshoes until they couldn’t see them anymore.

The kids danced by lantern light and raced around playing hide-and-go-seek until the first tumble in the dark brought the game to an end. (No serious injuries.) 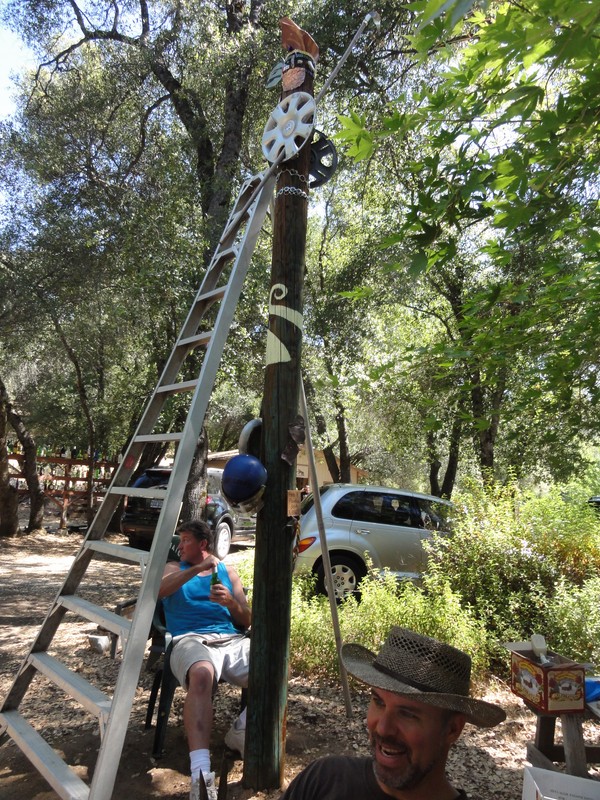 The next day, some serious work on the totem commenced. 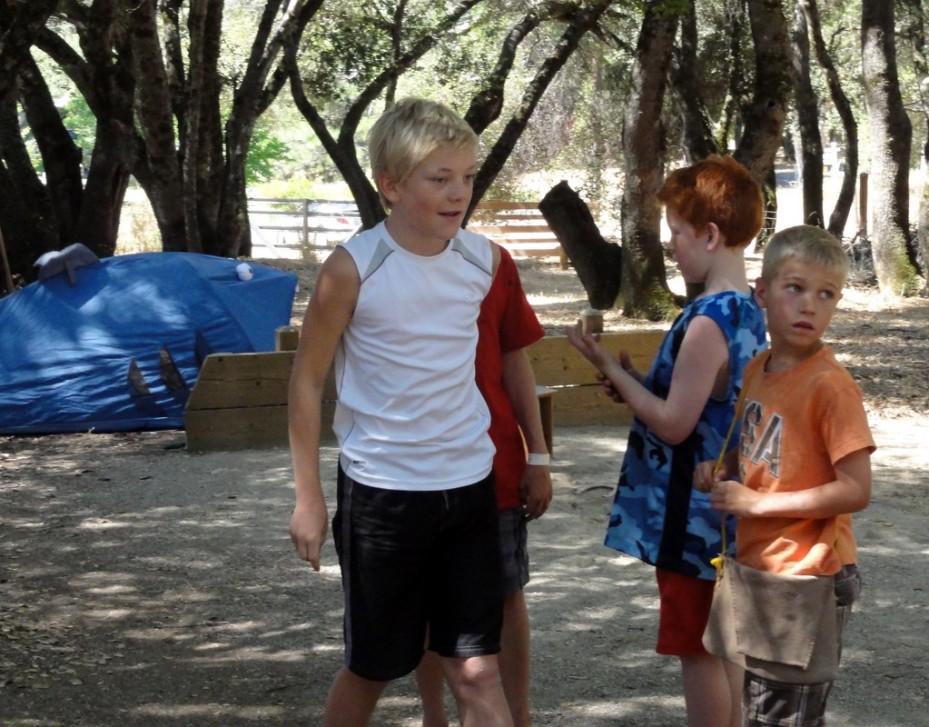 The small fry squared off for the squirt gun wars. 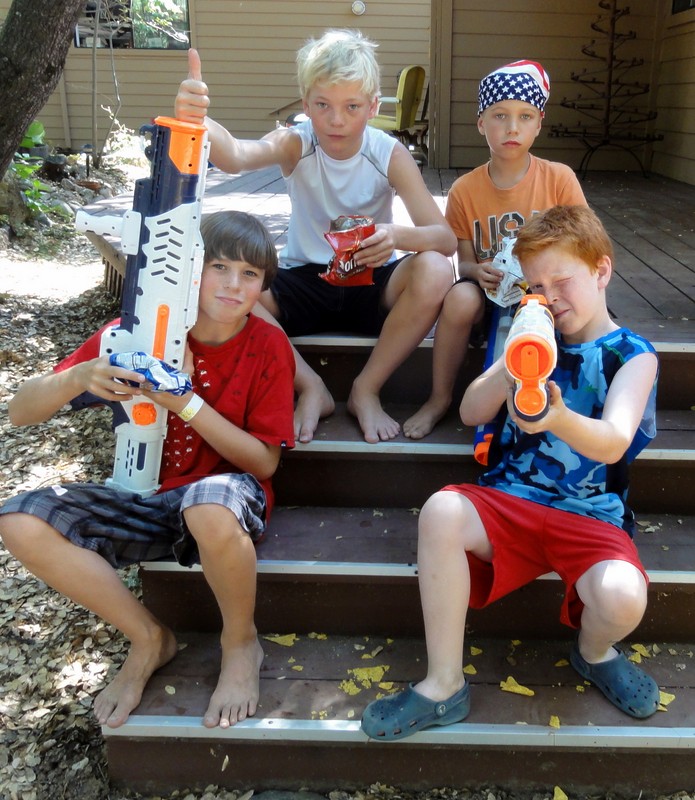 There is never a winner or loser. Everyone just stays wet and cool in the heat.

An impromptu opera in the kitchen.

A card game before heading for the flume. 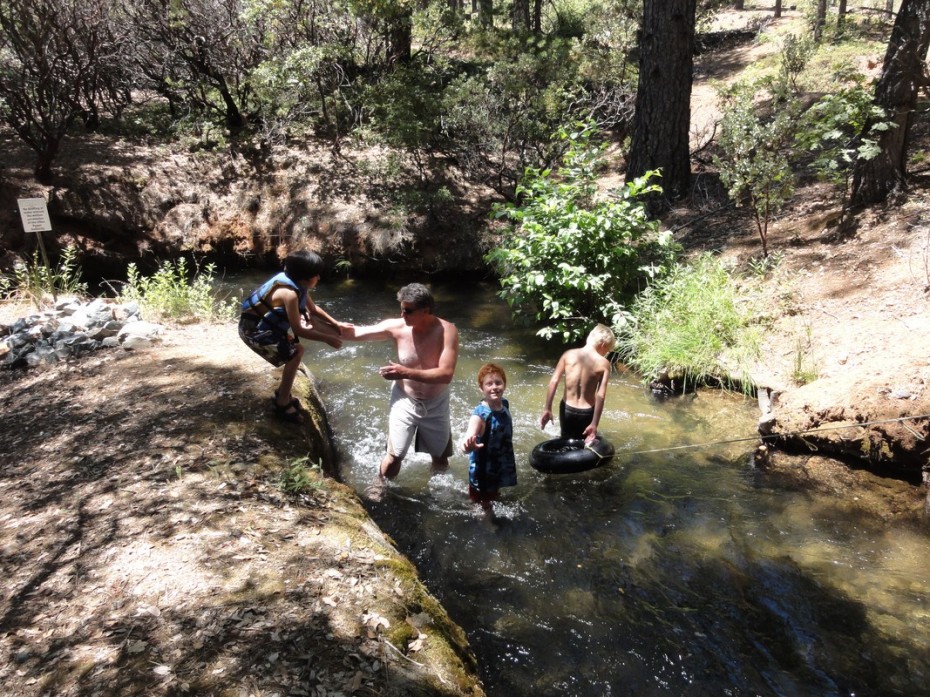 The flume water was the lowest I’ve seen it in 35 years.  So low some of the kids needed help getting in instead of out of the flume.

But, everyone got to ride and get cool even if they did scrape the bottom in places.

Someone was expecting to get “tossed” but the water was too low. 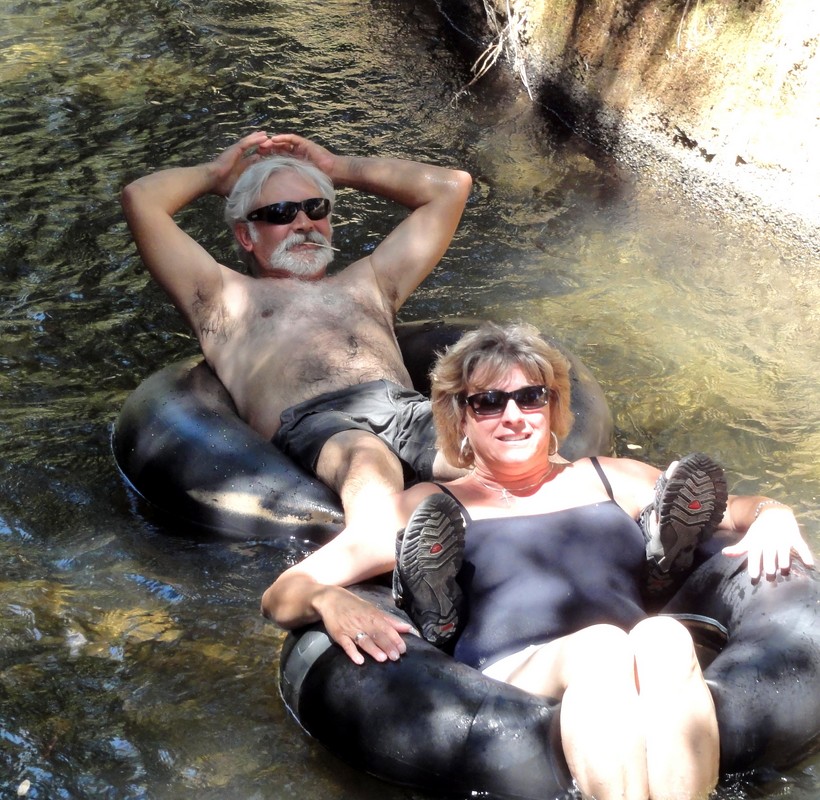 Tandem helps keep your butt off the bottom in low spots.

There is nothing quite like tubing the flume for all ages.

All that fluming takes energy and a few snacks afterward are standard. 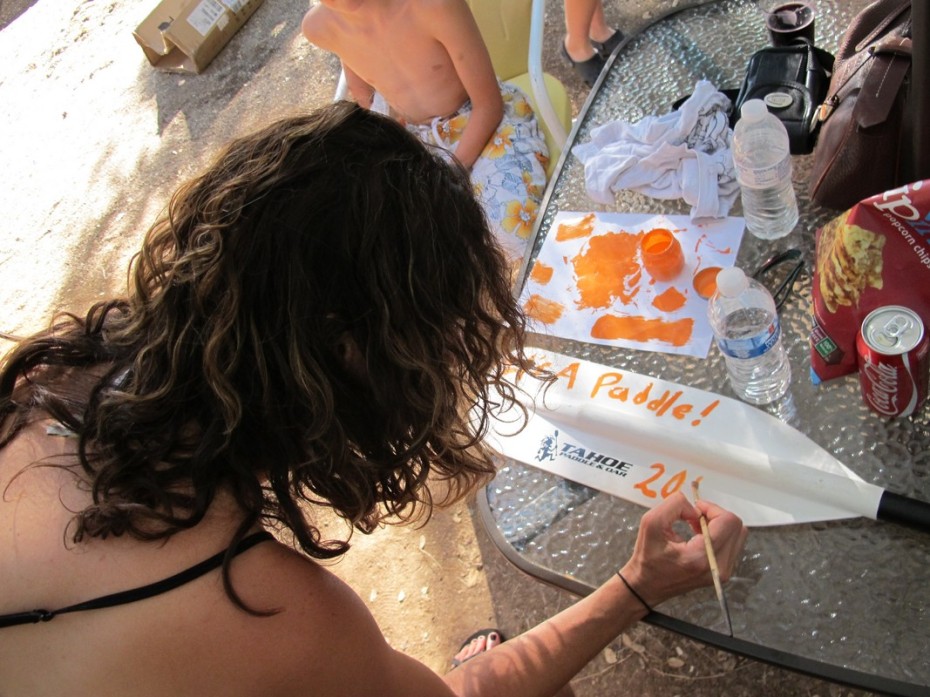 After the flume, everyone got seriously into decorating the totem.

The ladder reaches to the very top. 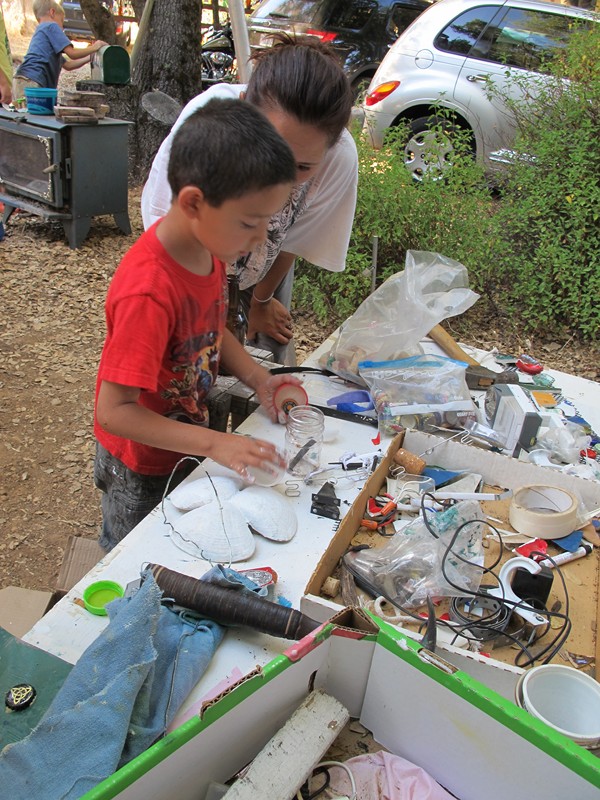 Some people  like to decorate and let someone else attach their treasures.

And some like to be up on the ladder as much as possible.

A budding artist turned a piece of wire wrapped in yarn into a rattlesnake.

By the end of the day, there was little room on the totem. 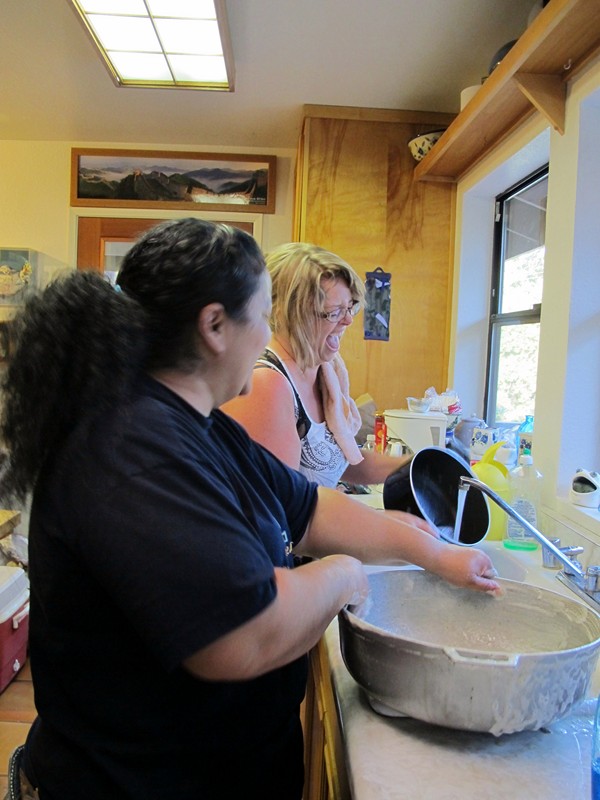 No one took a picture of the cooks nor the over laden table. Everyone brought a dish to share and we shared a sumptuous feast. But, part of the clean-up crew enjoyed a bit of laughter as they washed up a mountain of dishes. 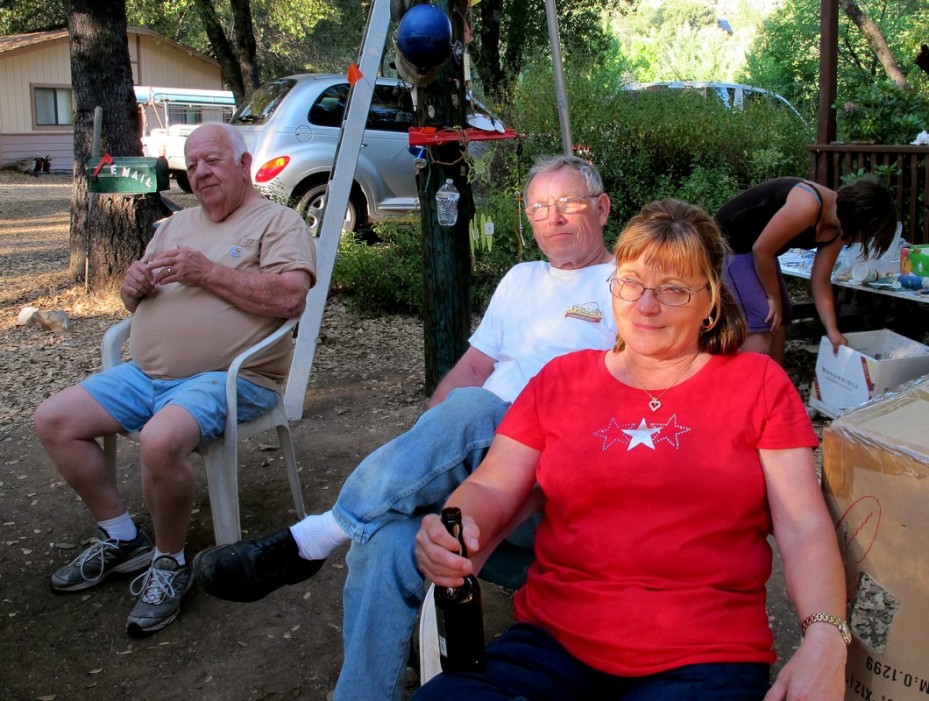 The rest of the day was the same. Kids just all out running, jumping and having a good time. The rest of us wishing we had half their energy, enjoying the food, and watching the action. 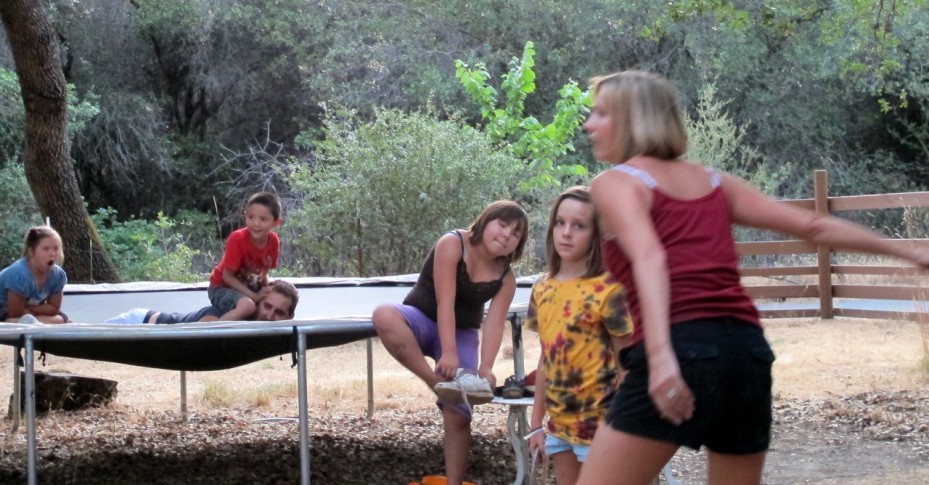 And, after the s’mores, a few sparklers lit up the night. 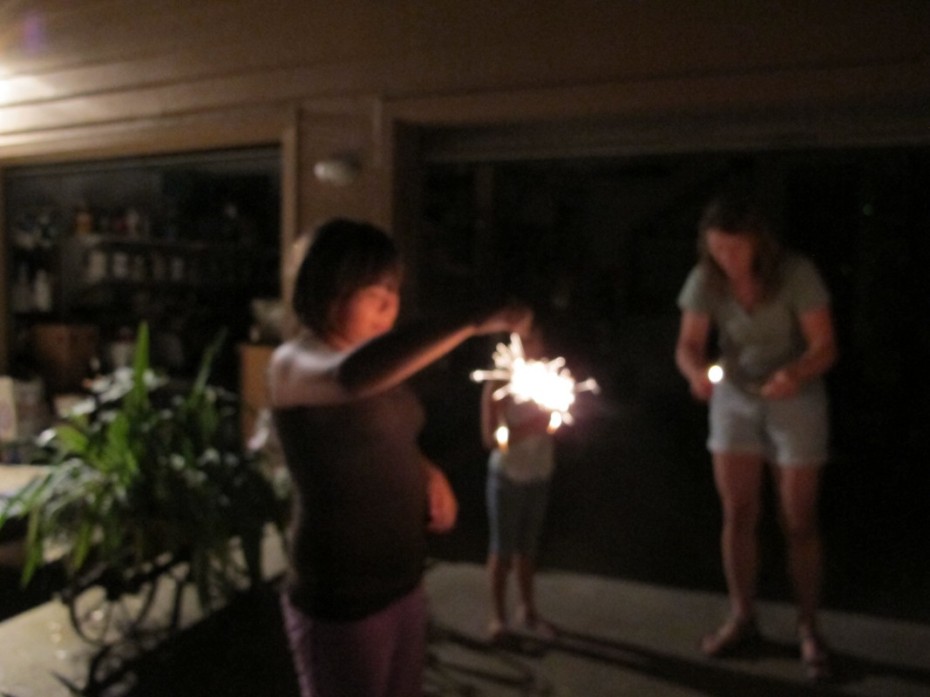 I think I had a bed that night and slept until the coffee crowd came in for their cuppa wake me up in the morning.

2 thoughts on “FRIENDS AND FAMILY REUNION”