TALK ABOUT THE WEATHER

Murphys had another bout of that thick rain, yesterday. Stockton, two days ago, experienced two mini tornadoes. Copperopolis had a thunderstorm with heavy winds during the night while Valley Springs had a heavy hail storm.  What is happening? 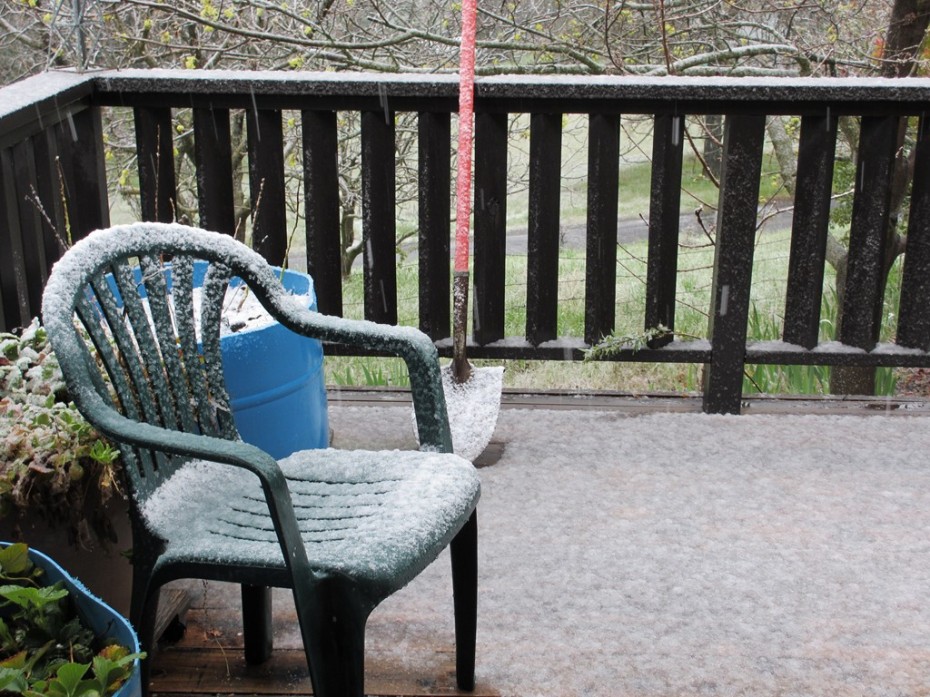 My oldest daughter, who grew up here, wondered why it has snowed so many times in Murphys?  I didn’t count. Her comment made me realize we’ve had more snow days this season than any  previous  time in my memory, which probably means nothing at 34 years. But, my old pal, Buster Riedell, an old rancher who died in his nineties, could tell you exactly what the weather would be like throughout the year. He warned about planting your tomatoes too early, never before the second week in May. Weather then seemed to follow a predictable pattern.

Though hardly measurable, the stuff hung around until 2:00 on the hillsides and patches in the woods. We don’t like to complain when the reservoirs are below normal, and we are thankful for any moisture we get. But, it is unsettling that  the weather pattern is off. It makes me wonder what climate change has in store for all of us. If this is a predictor,  it doesn’t bode well.

Guess we should just enjoy the flowers.  Those who believe in man caused climate change, raise your hand.  Mine is up!