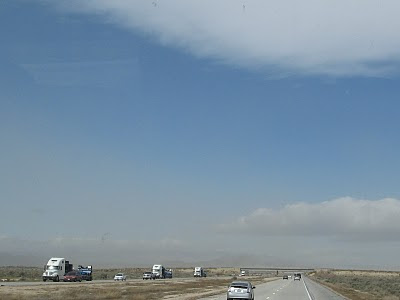 I got up this morning and opened the door of the motor home only to have the wind whip it out of hand and slam it against the side. Whew! Headed for the spa, and came home feeling like I was about to be blown over. We did the wash before we left Soledad Canyon and the washroom doors kept blowing open and slamming closed in the wind. Once on the road, in the distance we could see sand blowing everywhere. 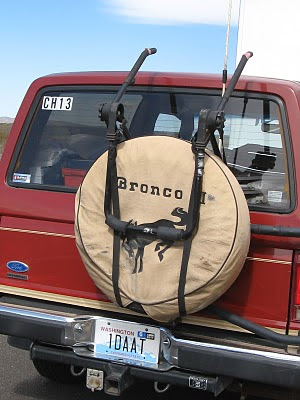 It was loud and bumpy and we knew we were hearing noises we’d never heard before. A woman frantically waved at us, then a second person right behind that vehicle was trying to tell us something. Jim stopped and did a walk around and the back spare wheel attachment with the bike rack was blowing open and slamming closed. Jim fixed it and on we went. 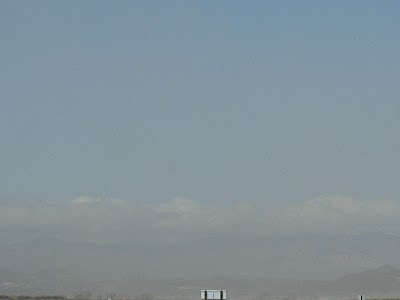 The wind was fierce and the dirt in the air got worse along with it. As we approached Mojave, there was a detour; several overpasses were closed down. We still didn’t connect it to the wind, wicked as it was. The next thing you know, a horrendous sound gave us to know something unwelcome had happened. It was the awning. 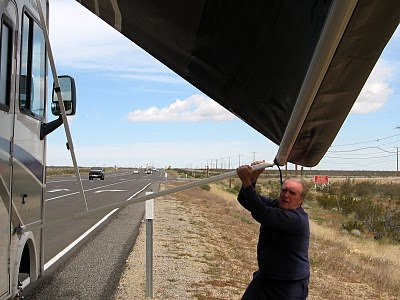 It blew open. Against the pressure of the wind, Jim struggled to get both sides even, the lock un-engaged and the awning rolled back in place.He got some rope pieces and tied the support bars. It was up, and I continually watched it from the window and watched the wind passing through two inch gaps between he layers of the rolled awning. The raising strap kept beating a tattoo against he side, then the roof and back to the side.Then we saw our first 18 wheeler over on its side about 200 feet behind us. 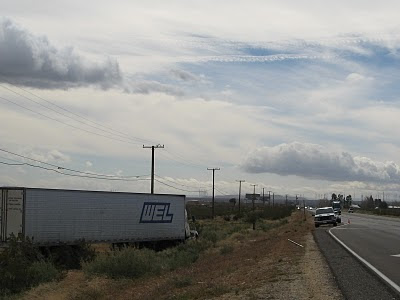 In less than a quarter mile, we passed two more 18 wheelers over. We began to understand that this storm was nothing to fool around with. Jim slowed from 45 to 40 miles per hour. 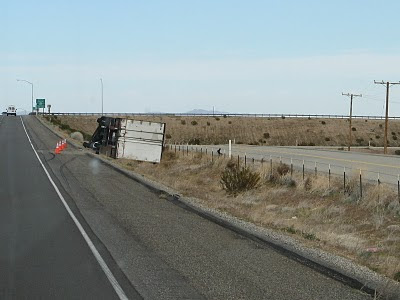 People headed for off ramps or an overpass were blocked and parked on the side of the road. The CHP had closed several of them in the area hit hardest by the wind.  Probably after this guy went over. 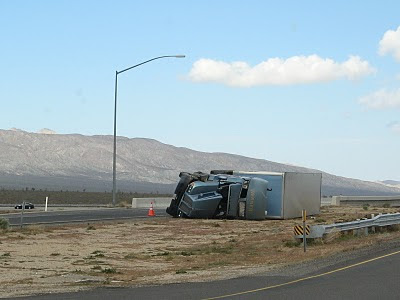 I could see that his airbag had deployed. He was on an overpass. 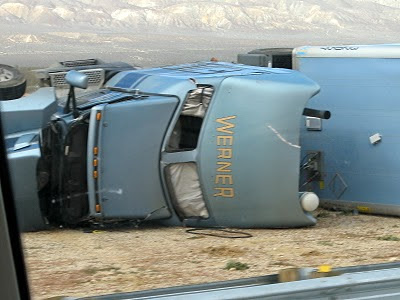 Jim slowed to 35 miles per hour. 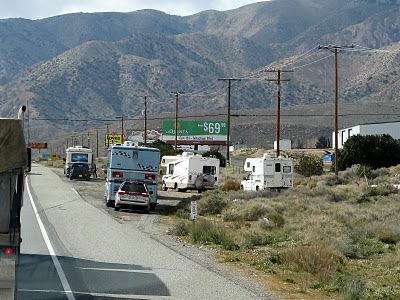 As we approached Tehachapi, pass there were caution signs for campers and high trucks. At every pull out were motor homes, and campers, and trucks and cars stopped, waiting out the storm. 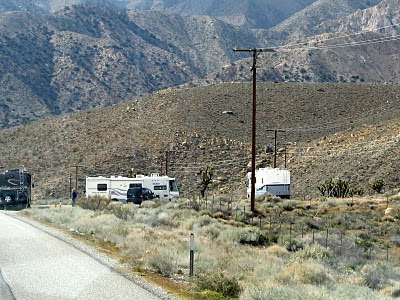 We debated about stopping, but at a low rate of speed, we crawled along. 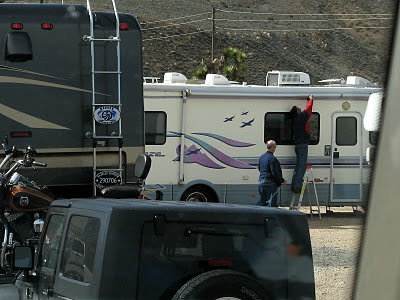 People who felt they were unwieldy with trailers, motorcycles, and odd loads pulled out to wait. We couldn’t find a place to pull over, after debating, without obstructing the road, so we soldiered on. 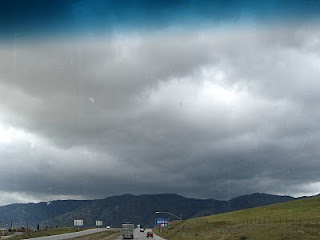 Finally, down on the other side of Tehachapi, a huge storm cloud looked about to dump some rain, but didn’t. 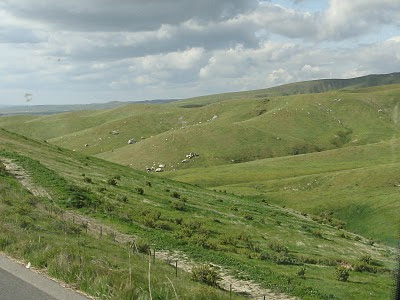 The wind abated, the sun came out and it was just as suddenly over. We pulled into the Amtrak station in Bakersfield, I picked up my ticket for tomorrow morning at 7:15 a.m. Going home.