Fittingly, the locals near Chiriaco Summit. Ca. have a war museum dedicated to the exploits of General George S. Patton. It was their aim to put Patton on the record in the area where he trained desert troops to go up against the Desert Fox, German General Erwin Rommel. Its all privately funded and includes other war materials, as well;  a Viet Nam Memorial Wall with those who died from the western states; some artifacts from Korea, and other branches of service, gathered by, and honoring locals. 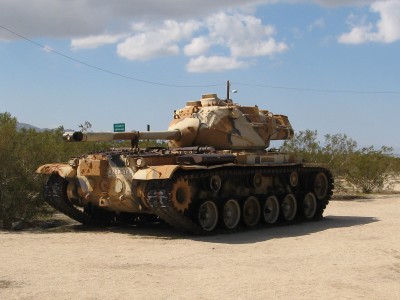 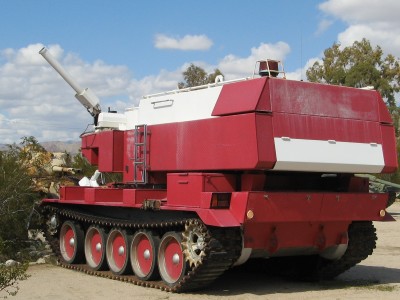 Outside is a “garden” of tanks, about ten of them, located in the desert sands near where they once gave our  troops the experience needed to fight in desert conditions. The museum has a film about Patton that contains remembrances of people who served under him, clips from news reels and speeches he gave.

Patton was a relatively unknown general when he was tapped to take over the desert training detail in an area of 18,000 miles of desert. Afterward, he took his troops to Africa and not only defeated the Desert Fox, but he plunged headlong into major battles of his own strategy in Sicily, England, France, Belgium,  Holland and Germany. It is said that he saved more American Soldier’s lives than any other American General.  There are many books and colorful anecdotes about Patton, for he was a colorful and forceful general, not always popular but fearfully respected.

Besides the usual artifacts of war, this museum has more personal  pieces that drew my eye and interest. I remember having to save copper, and rags and tin, but bones? And paper?

War posters hung in every Post Office, but this one was hung where soldiers would see it, not the folks back home. 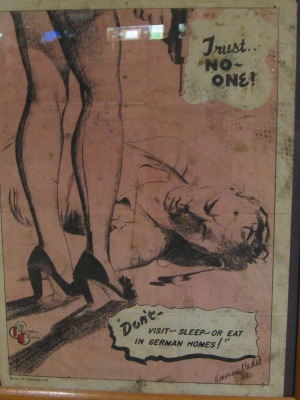 Individuals who lost a son or daughter submitted letters, medals, art and poetry to the museum.

And during training, boredom in the desert gave soldiers a chance for artistic expression by carving shell casings.

Patton and Eisenhower, both made the German people parade through the prisons and view the bodies of the tortured souls who died in them. Patton wrote a letter to his son explaining the reasoning for that and told him the local officials denied responsibility or knowledge of the death camps in this one town. The next morning after the tour and denial, the Burgermeister and his wife committed suicide.

This is the only museum I’ve seen in America that has scrapbooks on the Holocaust although there are 24 memorials or museums throughout the U.S. that tell the story in various ways; they have study centers and elementary education about hate and tolerance and man’s inhumanity to man.
While not as professionally done as a national museum with the money and access to materials, this museum is well worth the stop.